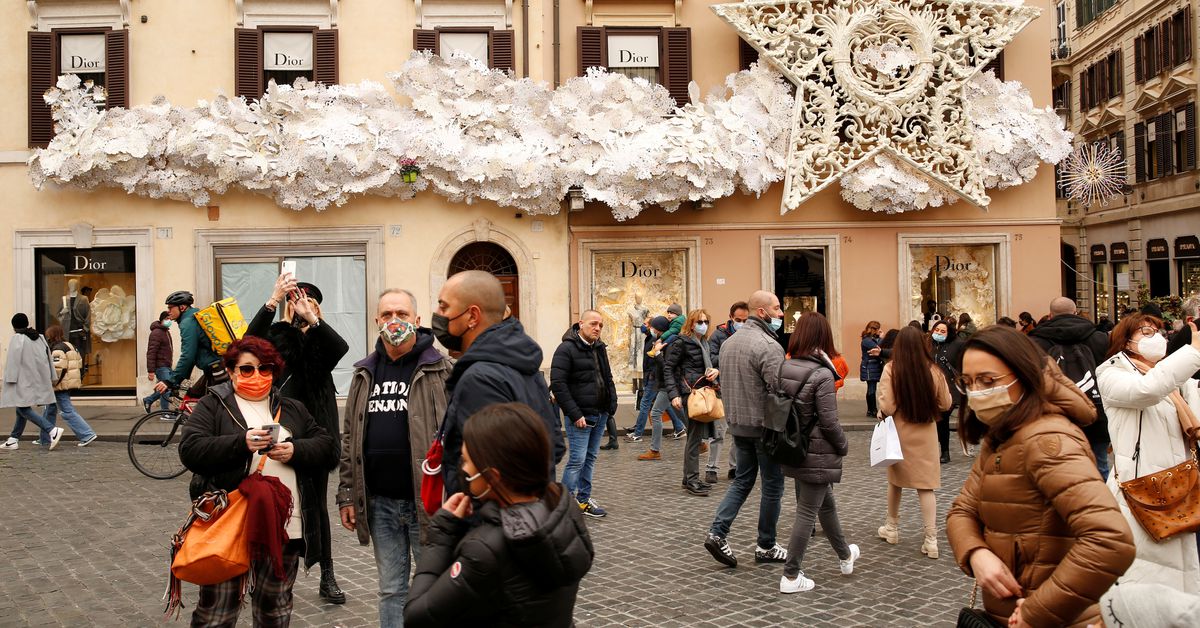 ROME, July 29 (Reuters) – Italy’s economy grew 1.0% in the second quarter of the year from the previous three months, preliminary data showed on Friday, a stronger-than-expected reading achieved against a backdrop of surging prices and war in Ukraine.

It was the sixth consecutive quarter of growth in Italy as the country bounced back from the slump triggered by COVID-19.

“The recovery from the crisis caused by the pandemic can be said to be complete, as GDP in the second quarter was well above the average level for 2019,” the Treasury said in a statement.

However, with political instability returning to Italy following the collapse last week of Prime Minister Mario Draghi’s national unity government, the economy could see a rocky end to 2022. Data released earlier this week showed morale amongst both businesses and consumers fell in July. read more

“It is now necessary to continue supporting household purchasing power and business competitiveness in the second half of the year, as well as to continue work on implementing the (EU) recovery fund and boosting investment and innovation,” the Treasury said.

The strong Italian data helped the euro zone as a whole defy expectations of a slowdown, with GDP across the 19-nation bloc rising 0.7% quarter-on-quarter from April to June, and 4.0% year-on-year. read more

ISTAT said the industrial and services sectors had both grown, while output in agriculture had declined.

Italy, like much the rest of Europe, is facing increasingly challenging economic conditions, with Russia’s invasion of Ukraine pushing up energy costs and heightening uncertainty for businesses.

The government revised down in April its 2022 economic growth forecast to 3.1% from a 4.7% projection made last September. The International Monetary Fund this week predicted that Italian GDP would rise 3.0% this year compared with average growth of 2.6% across the eurozone as a whole. read more Can Everton bounce back in the WSL with new...

Live Updates: Biden warns democracy is at risk on...

George Wajackoyah spices up Kenya election with marijuana and...

Eva Chen, Instagram’s Director of Fashion, on Why She...

Why Is No One Worried About Re-Arming of Japan...

Rory McIlroy in share of lead before Canadian Open...

Apple Sets the Date for Another Virtual WWDC—Here’s What...

Finland asks: Can a prime minister party like a...

Ex Praised for Dumping Boyfriend After Mother-in-Law Made Them...

Captain America’s iPhone 6s heartbreak is so relatable because...

Millwall to issue lifetime bans after homophobic chants in...

50 Inspiring Teachers Honored with A Magical Weekend at...

Looking back on 50 years of the Hard Rock...

Hegseth warns of ‘extremists’ on the Left threatening Supreme...

Bosnia: Ex-party chief gets 3 years in prison for corruption