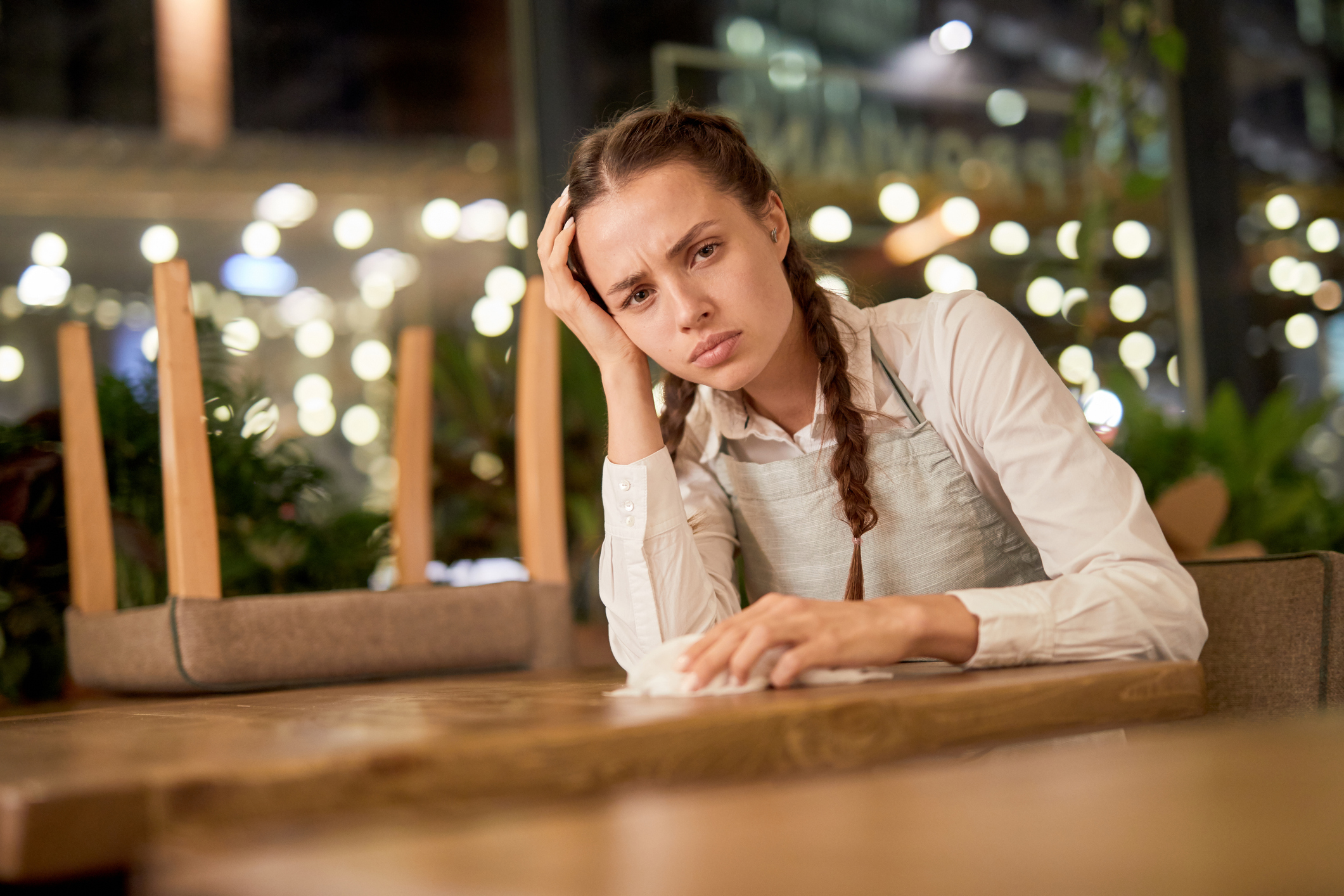 Thousands of internet commenters rushed to the defense of one country club waitress whose hours were cut in half as punishment for relaxing her tight-fitting uniform during a workplace break.

Posting on Reddit’s popular r/antiwork forum, Redditor u/nenonina (otherwise referred to as the original poster, or OP) said her employer recently came under new management and explained how her reaction to the group’s oppressive dress code sparked the major change to her usual schedule.

“I’m a waitress at a restaurant in a country club,” OP began. “I got in a heated argument with my supervisor when he went off at me for loosening my corset while I was on break.”

“I just got sent this and found that my hours have been cut in half,” OP continued, alluding to a screenshot of a text message that she included in her post.

The text message—presumably from the original poster’s supervisor—is a scathing continuation of the aforementioned spat and explains exactly why OP’s schedule was slashed.

“You will find that your hours have been cut,” the text reads. “Your recent behaviour has been unacceptable and I will not be engaging in any more arguments.”

“Rules are rules,” it continues. “Your corset must be fully laced up at all times during your shift. Don’t loosen the laces, don’t unbutton anything on your dress.”

“You are NOT allowed to remove or modify any part of your uniform while on the clock,” the text concludes. “If you feel lightheaded, you can go to the back to sit down for a couple minutes but the corset must stay on.”

Employers within the United States can require employees to wear uniforms, according to the Fair Labor Standards Act, but there are no federal or state laws mandating uniforms beyond personal protective equipment.

And while nearly all employment websites warn against wearing tight, revealing clothing on the job, there are exceptions, especially within certain hospitality industries.

Last fall, American chain restaurant Hooters came under fire when numerous female employees took to the internet with complaints about the “skimpy” shorts they were forced to wear, which fit closer to undergarments than anything designed for the workplace.

Designed to accentuate certain features, corsets fall into a similar category, but for women stuck in slimming garments for hours on end, there are real medical risks.

When corsets are laced too tightly, the Royal College of Surgeons of England reports, women are prone to faintness, poor digestion, atrophy of back muscles and, in severe cases, ribcage deformities.

Members of Reddit’s r/antiwork forum were outraged after one country club waitress revealed why her hours were slashed in half. shironosov/iStock / Getty Images Plus

Throughout the comment section of the viral Reddit post, Redditors acknowledged the dangers associated with wearing a tightly laced corset for the duration of a work shift and slammed the original poster’s employer for imposing such a dress code, even while employees are on break and away from customers.

“If you were to pass out during a shift they are liable to get sued,” they added. “I’d jump ship.”

Redditor u/magikot9, whose comment has received more than 14,000 upvotes, echoed that sentiment.

“If you feel lightheaded don’t go to the back to sit,” they advised. “Pass out in the dining hall and take them for every penny.”

“Screw that,” Redditor u/TipsyBaker_ added, receiving more than 4,000 upvotes. “Next time pass out in the middle of the dining room, then file a lawsuit for hazardous conditions.”

In a separate comment, which has received more than 5,000 upvotes, Redditor u/needaburnerbaby questioned why the original poster and her coworkers are required to wear such restricting garments at work.

“What kind of f**ked up place forces waitresses to wear corsets?” they exclaimed. “Quit immediately.”

“Do you get paid for the time spent on breaks?” Redditor u/SnooDoughnughts2846 chimed in, receiving more than 4,000 upvotes. “Either way I’d find a better job soon, because this is absolutely ridiculous.” Buffalo to mark moment of silence for Buffalo shooting...

Disney Cast Taking Guest Experiences to Next Level with...

‘I Lived in a Celebrity’s Mansion, The Luxury They...

Diablo Immortal just got its most generous feature yet

Argentine president to pay fine for party during quarantine

US Open: Andy Murray unsure of cramp cause after...

Harvesters of valuable baby eels hope for a stable...

Fritz not looking for ‘handouts’ after Nadal defeat –...

Rich trio back on Earth after charter trip to...

This browser you’ve never heard of is now worth...

Putin Heads to Tehran for Talks With Leaders of...

White supremacists are riling up thousands on social media

Robinhood to permanently shift most employees to remote working...

U.S. and Jamaica set up another women’s sprint relay...