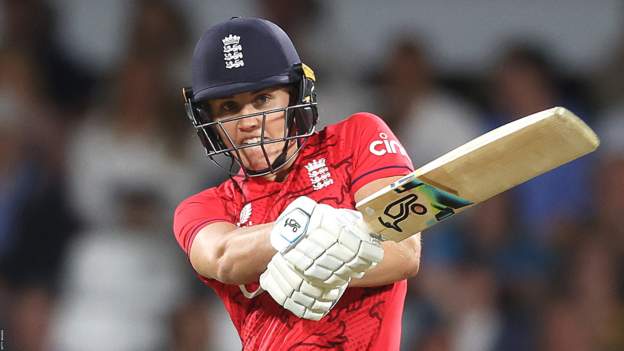 Twenty-four years after South Africa beat Australia to win the gold medal, cricket makes its return to the Commonwealth Games.

Whereas the 1998 tournament in Kuala Lumpar was a 50-over competition for men, the event in Birmingham is Twenty20 for women only.

Not only does inclusion in the Games give cricket valuable exposure to a new audience, it could also hand a boost to the sport’s desire to be included in the 2028 Olympics.

The all-conquering Australia team will arrive as huge favourites to win the gold medal, with hosts England the most likely to stop them.

How did cricket get here?

The local organisers of the Commonwealth Games have the option of adding sports to the regular core events, with cricket included this year after a joint bid by the International Cricket Council and the England and Wales Cricket Board.

The benefits to cricket are obvious – in the UK there is the prospect of the tournament being broadcast on free-to-air television, while across the globe the sport will be shown in countries where it is barely played.

A successful tournament might aid cricket’s push to be part of the 2028 Los Angeles Olympics. Cricket has long courted an Olympic spot because of the way government funding for sports in many countries is linked to Olympic participation.

There is also the carrot of retaining a spot in the Commonwealths, with talks having been held over cricket’s inclusion in Victoria, Australia in 2026.

The women’s game in England has had to make a trade-off for the sport’s inclusion in the Games, because of a clash with the start of The Hundred.

As a result, the women’s Hundred will begin eight days later than the men’s competition and has had the group stage cut from eight games to six.

How will it work?

Eight teams – England, Australia, South Africa, New Zealand, India, Pakistan, Barbados and Sri Lanka – will be split into two groups of four. The top two from each advance to the semi-finals.

All of the matches will be held at Edgbaston, which will stage women’s international cricket for the first time since 2014.

There will be two matches each day, at 11:00 BST and 18:00, from 29 July. Australia and India get the tournament under way, and England begin their campaign against Sri Lanka in the late game on 30 July.

The final, on 7 August, is part of a bumper day of women’s gold-medal matches, as champions in hockey and netball will also be crowned.

Can anyone stop Australia?

Australia are a juggernaut, undisputedly the best women’s cricket team in the world and probably the strongest international sports team on the planet.

Over the winter, they retained the Ashes with a thumping series win over England and then won the World Cup by beating their old enemies in the final.

It is in the T20 format where they have been most dominant, winning five of the seven T20 World Cups, including the last two.

Now, captain Meg Lanning says the Aussies will target completing the “grand slam” at the Commonwealths, where a gold medal will see them hold every major title in the women’s game.

Hope for their opponents could come from the departure of Australia’s head coach Matthew Mott, who has taken over as England men’s white-ball boss. Interim coach Shelley Nitschke will lead Australia at a global event for the first time.

The nature of T20 cricket can sometimes make an upset more likely than in the longer formats. When they won the World Cup in 2020, Australia lost their opening game to India and were on the brink of going out in their second against Sri Lanka before turning things around in supreme fashion.

The rest will hope they can catch the Aussies cold, but that might be clutching at straws.

The tournament would benefit from a strong showing by the hosts, and a new-look England side will be targeting a place in the final at least.

With an eye on the future – there is a T20 World Cup early next year – England have revamped their squad, most notably omitting experienced opener Tammy Beaumont.

The changes look to have energised England’s T20 cricket – Knight’s side outplayed South Africa in taking a comprehensive clean sweep of a three-match series that only finished on Monday.

However, there is concern over the fitness of inspirational skipper Knight, who missed two of those matches with a hip problem.

There is genuine excitement among the England squad at the prospect of taking part in the Commonwealths, not just for the unique opportunity to win a gold medal but for the whole experience of the Games – mingling with competitors from other sports, experiencing the athletes’ village and taking part in the opening and closing ceremonies.

There is also the motivation to give success to legendary fast bowler Katherine Brunt, who could decide to call time on her career after the Games.

West Indies have a fine pedigree in T20 cricket – they are the only other side apart from Australia and England to have won the World Cup – but in the Commonwealths the Windies are represented by their individual nations, with Barbados the entry from the Caribbean.

They will still include star names like Hayley Matthews and Deandra Dottin, but it feels like they will be too weak to reach the last four.

New Zealand are in transition after a poor home World Cup, while South Africa have been hit by the retirement of destructive opener Lizelle Lee and the unavailability of key all-rounder Marizanne Kapp.

Pakistan and Sri Lanka are improving, but their realistic hope will be to bloody the nose of one of the big teams.

A lot of attention will be on an India side that continues to hunt for its first global title. Any success for the biggest cricketing nation in the world would do wonders for the women’s game back home.

They have the batting talent and bowling skill to go far, but are so often blighted by inconsistency.

Who are the players to look out for?

Pooja Vastrakar (India, all-rounder) – one of the bright lights from India’s disappointing World Cup campaign, 22-year-old Vastrakar’s stock is on the rise. She is capable of changing a game either with her bustling fast-medium bowling or middle-order hitting.

Chamari Athapaththu (Sri Lanka, opener) – Athapaththu is not just Sri Lanka’s captain, she is the personification of women’s cricket in that country. One of most destructive batters on the planet, she was denied the chance to shine at the World Cup because Sri Lanka didn’t qualify.

Issy Wong (England, fast bowler) – the most exciting talent in English cricket, Wong has all the makings of a superstar. The 20-year-old made her international debut in the drawn Test against South Africa last month and impressed not only with her pace, but also her magnetic personality.

Alana King (Australia, leg-spinner) – at the beginning of January, King was not in the Australia squad. A couple of months later, she was an Ashes and World Cup winner. A wily leg-spinner, she has all the tools to bamboozle opposition batters. FBI Deployed to Hostage Situation at Synagogue in Texas

Suspect in killings of 2 Muslim men in Albuquerque...

Cricket in India: New BBC documentary explores what the...

These Are the Russian Tycoon Mansions on the French...

Jeroen Kampschreur: ‘Johan Cruyff told me to be stubborn’

Wisconsin attack on pro-life group: no arrests or suspects;...

Edinburgh 56-8 Connacht: Eight-try hosts up to fourth in...

A California teenager has been charged with murder in...

Fed moves to raise interest rate by half a...

U.S. prepares to mark one year since deadly Capitol...