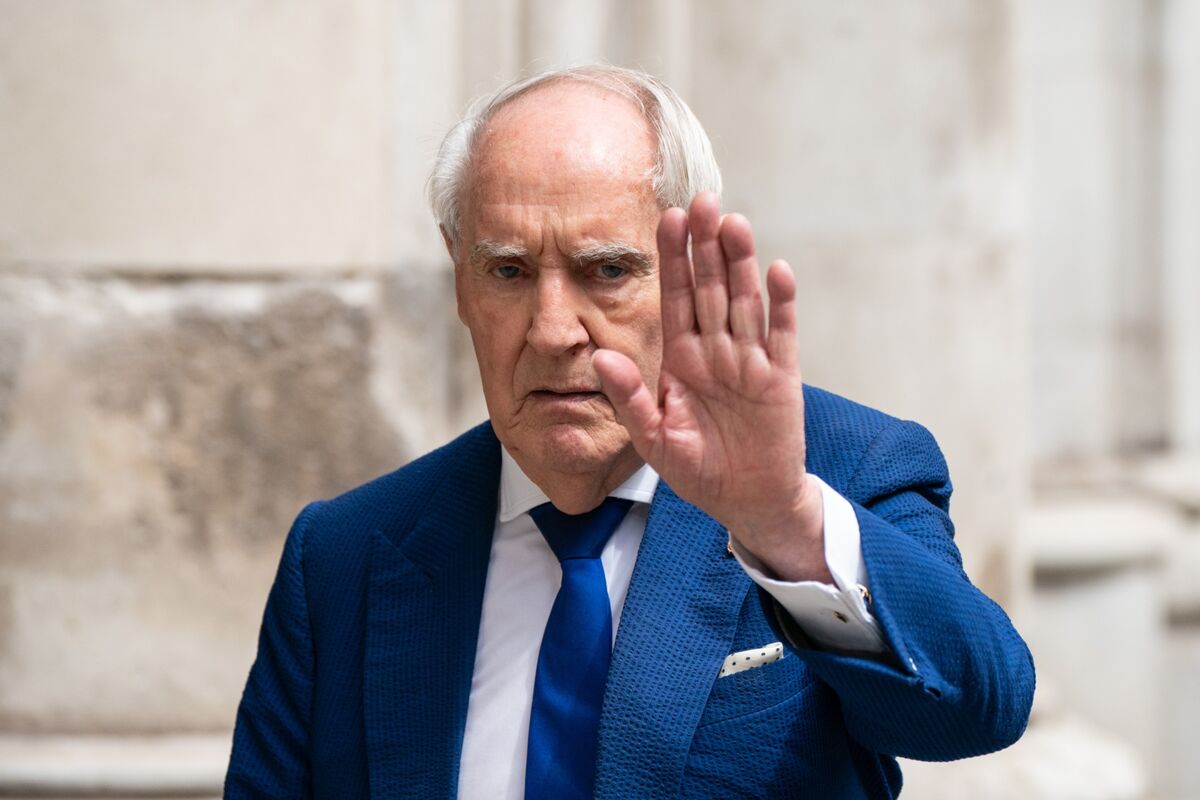 While Frederick Barclay, the octogenarian British tycoon, waits to learn if hell be sent to prison for refusing to pay his ex-wife in their divorce, a memo from a London court hearing revealed that his advisers held talks to sell a 25% stake in the family businesses.

Barclay says he cant pay the £100 million he owes to his former wife, Hiroko, after the breakdown of their 34 year marriage. All efforts to raise funds have been frustrated by his daughter and nephews who took control of the group after a fallout with Fredericks late twin brother David.

The divorce suit and Hirokos attempt to enforce the award have offered a rare glimpse into the relationship between the highly secretive twins, whose joint investments put them among Britains most rich and powerful. They spent decades avoiding media attention by isolating themselves on a small private island in the English Channel. The fallout left Frederick in shock, Hiroko said in testimony.

rift, punch-ups on yachts and

poverty and asked for government money to help fund his legal woes.

The judge said he planned to deliver his ruling late Thursday.

Barclay Brothers Brawled on Yacht Over Control of Empire

The London committal hearing held earlier this week, raked over the assets held by Fredericks side of the family that could be sold or called in to pay the debt. They ranged from his share of the freehold of the Channel Island of Brecqhou to £545 million of loan notes held in trust. A deal, however, for the 25% stake in the group businesses that include The Daily Telegraph newspaper, online shopping platform Very Group and delivery firm Yodel, would dwarf anything in terms of value.

In a meeting in May 2021, Barclays lawyers discussed negotiations for a sale of the stake held in a trust by his daughter Amanda. One of the advisers said Davids three sons, who jointly hold the controlling stake in the businesses would be the obvious buyer, according to the memo.

All roads lead back to the cousins either they would buy the trusts 25% share, or a mutual buyer for assets and liquidity is found, one unidentified trustee said.

David Barclays sons Aidan, Howard and Alistair, who are funding Fredericks legal fees, declined to comment through a spokesman.

Of the cousins combined 75% stake in the group, Aidan is by some way the largest shareholder of the group, lawyers said. Here’s how to retire long before your 60s

An Esoteric Oil Gauge Has Spiked to an Unprecedented...

Backed by Accel, Minoan Experience is creating a new...

Age vs. DNA: Which has more influence on how...

Macao begins 11th round of mass testing in worst...

A recession might be on a horizon and the...

Oz says he will renounce Turkish citizenship if elected...

Tesla’s used car prices are in freefall, but Musk...

Death of Queen Elizabeth II: Will there be a...

A new face on the Pinelands Commission

Baby born on helicopter between Isles of Scilly and...

Xbox will ‘continue to support communities’ on PlayStation after...

What Is ‘Hell Week’? Navy SEAL Training in Which...

How to get Remote Raid Passes in Pokémon Go

HBO Max to explore the origins of one of...

Adobe Black Friday deals have arrived: save up to...