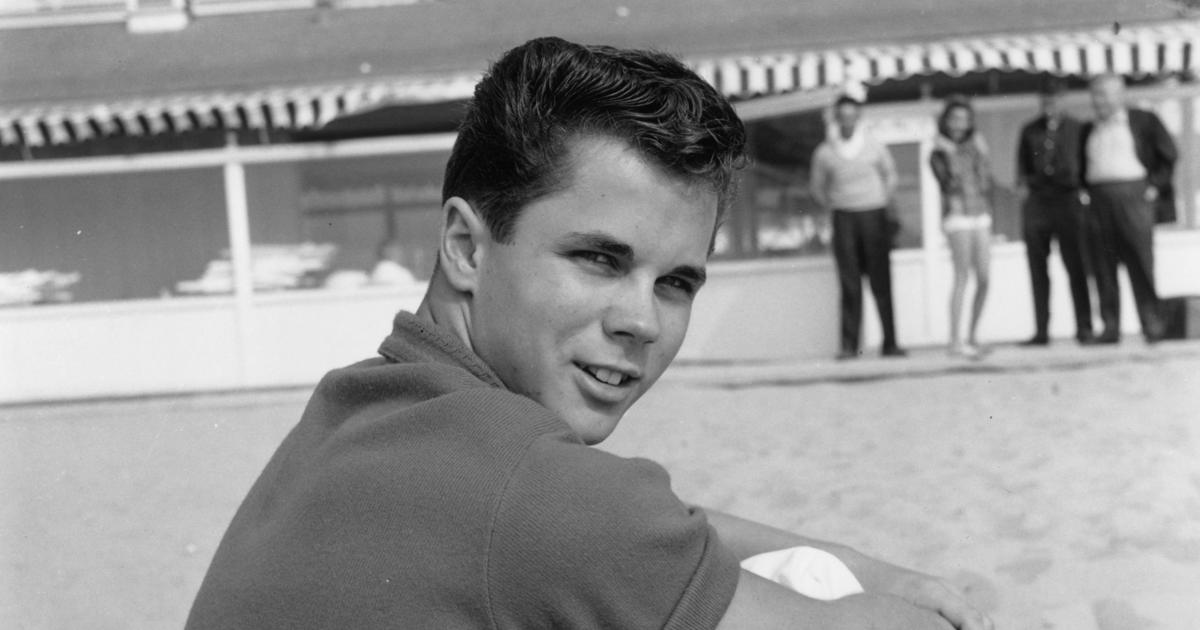 Tony Dow, known for his role as Wally Cleaver in the iconic 1950s TV series “Leave It to Beaver,” died Wednesday morning, his family confirmed in a statement posted on his official Facebook page. He was 77 years old.

“Tony passed away earlier this morning, with his loving family at his side to see him through this journey,” the statement said. “We know that the world is collectively saddened by the loss of this incredible man. He gave so much to us all and was loved by so many.”

Cast of the television show “Leave It To Beaver,” circa 1959. Clockwise (from top): Tony Dow, Hugh Beaumont, Jerry Mathers and Barbara Billingsley.

Dow had been in hospice care after a recurrence of cancer. His death was widely reported on Tuesday after an earlier Facebook post shared on his page said he had passed away. But the post was soon taken down, and later replaced with a notice explaining that Dow’s “very distraught” wife had asked for the news to be shared with his fans too soon, and that “while Tony is not doing well, he has not yet passed.”

The new statement Wednesday said, “We have received confirmation from Christopher, Tony’s son, that Tony passed away earlier this morning.”

We have received confirmation from Christopher, Tony’s son, that Tony passed away earlier…

Earlier posts said the actor had been “in and out of the hospital” after being diagnosed with cancer several months ago.

“He is approaching this reality so bravely, but it is truly heartbreaking,” a statement about his diagnosis, posted on May 5, read.

Dow was just 12 years old when he began starring as big brother Wally Cleaver on the TV series depicting an idealistic version of mid-century American life. “Leave It to Beaver” debuted in 1957, and proved so popular that its reruns have been airing for decades. Dow reprised the role of Wally as an adult in a reunion TV movie and series in the 1980s.

In an interview with CBS News’ Jim Axelrod in January, Dow said “the genius of ‘Leave It to Beaver’ was that the show was written from a child’s point of view.”

Tony Dow in a January 2022 interview with CBS News

He was married to his wife, Lauren Dow, for 42 years.

During his conversation with Axelrod, the actor shared that he and his wife turned to art, and he even credited his art — combined with medication and therapy — for helping him getting a handle on his depression.

“And I’ve got it under control, pretty much,” he told Axelrod. “You know, I think people should take the leap of faith that they can feel better.”

Dow said he felt it “sad to be famous at 12 years old or something, and then you grow up and become a real person, and nothing’s happening for you.”

The sadness turned to anger, setting Dow up for a struggle that would mark the rest of his life.

“Anger, if it’s untreated, anger turns to depression,” he said. “But depression isn’t something you can say ‘Cheer up!’ about. You know, it’s a very powerful thing. And it’s had a lot of effect on my life.”

Malware defeated by Google rises from the ashes

Sam Bankman-Fried on prospect of prison: This isn’t the...

Most of the unicorns aren’t

Dear Sophie: Any tips for negotiating visa and green...

Brecon Beacons: Tributes to couple who died at waterfalls

Ramos-Horta leads in East Timor election, with chance of...

G20: Xi accuses Trudeau of leaks to media about...

The U.S. population is finally growing again—but not because...

Life has literally been a beach for NJ coastal...

Billions in earmarks are back. Here’s where they went.

Your Saturday UK Briefing: The Outlook Is a Bit...

The Polestar 5 will be built atop a ‘bespoke’...

On-Demand Tailoring Brings the Gig Economy to Your Wardrobe

Iowa abortion providers say no basis to enact near...

Ben Stein Blasted for Saying Both Trump and Nixon...

Powell says markets have been orderly as Fed has hiked rates -...

No quick fix: How OpenAI's DALLE 2 illustrated the challenges of bias...