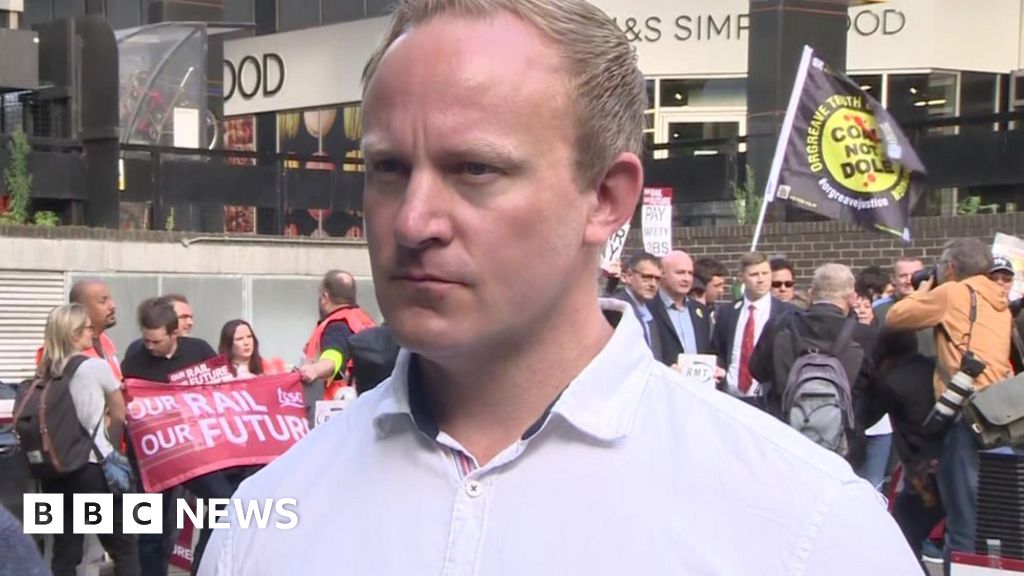 Sam Tarry told the BBC he was “backing transport workers who are on strike” and “the travelling public”.

He added that “any Labour MP, any Labour member, will have absolute solidarity with striking workers”.

During the last round of strikes in June, Sir Keir told his frontbench MPs not to attend picket lines.

However, the handful of frontbenchers who defied the Labour leader’s orders in June were not sacked from their jobs.

Sir Keir will now face questions over whether he will sack Mr Tarry, who is a supporter of former Labour leader Jeremy Corbyn, from his junior shadow ministerial role.

The strikes have been called after negotiations between the RMT and Network Rail over pay, pensions and conditions failed to find a compromise.

About 40,000 RMT union members are walking out meaning only 20% of train journeys are expected to go ahead on Wednesday, with knock-on effects likely to roll on to Thursday.

Speaking to reporters at London’s Euston station, Mr Tarry said he was “here as a shadow transport minister backing transport workers who are on strike”.

The Ilford South MP added that under a Labour government “this dispute would not be happening” because a “fair pay deal would have been in place”.

Labour have not officially shown support for the strikes, and instead focused their attacks on the government, accusing ministers of not trying to resolve the situation.

Mr Shapps has called the strikes “completely wrong” but insisted “only the employer” can sort the dispute.

Ukrainian ambassador to the US calls on American businesses...

P&O Ferries: Minister warns supplies in NI will be...

Google cancels half the projects at its internal R&D...

KFC blames a bot for chicken promotion that celebrated...

Democrats anxious about 2022 believe they can run on...

Markets Are Reflecting Crowd Psychology More Than Valuation or...

Woman dies after falling out of police car while...

Putin likens himself to Peter the Great amid efforts...

Meghan Markle’s Podcast Doubles Down on Story Disputed by...

Companies are ‘hanging on to workers for dear life’...

If Stocks Don’t Fall, the Fed Needs to Force...

Courtney Lawes: Northampton and England lock open-minded on where...

Tesla pulls the plug on the Gen 2 Mobile...

A Black customer was awarded $4.4 million in damages...

Europe to Propose Dynamic Price Cap on Its Biggest...

From Chromat to Skims, inclusive design is radically changing the bathing suit...
Rebel with a cause: Gibbon targets Wallabies debut after near-miss - Reuters