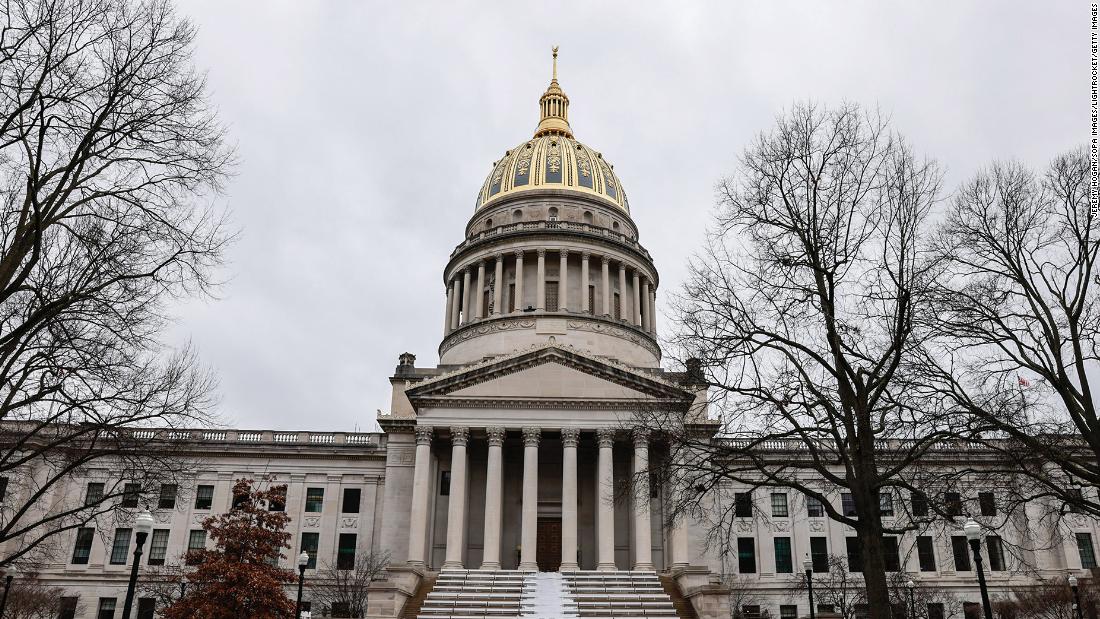 (CNN)West Virginia legislators are reviewing the state’s abortion laws during a special legislative session this week, following other states that are considering the issue in the wake of the Supreme Court’s decision overturning Roe v. Wade.

The bill under review, HB 302, bans abortion at all stages of pregnancy with exceptions for a nonmedically viable fetus, a medical emergency or an ectopic pregnancy, a rare event in which the fertilized egg implants outside the uterus and cannot survive. The bill does not provide exceptions for cases of rape and incest.

The House Judiciary Committee passed the bill late Tuesday morning, reporting it to the full House for consideration. The House has adjourned for the day and will reconvene on Wednesday.

Republican Gov. Jim Justice added abortion to the legislative agenda on Monday and in a proclamation asked the legislature to “clarify and modernize the abortion-related laws currently existing as part of the West Virginia Code, to ensure a coherent, comprehensive framework governing abortions and attendant family services and support to expecting mothers to provide the citizens of this State more certainty in the application of such laws.”

“From the moment the Supreme Court announced their decision in Dobbs, I said that I would not hesitate to call a Special Session once I heard from our Legislative leaders that they had done their due diligence and were ready to act,” Justice said in a statement on Monday. “As I have said many times, I very proudly stand for life and I believe that every human life is a miracle worth protecting.”

The special session, which Justice initially called in regard to a separate matter pertaining to income tax last week, began on Monday. A public hearing will be held on the bill in the House Wednesday morning, and abortion-rights advocates are expected to rally at the state Capitol to protest.

West Virginia, which had abortion restrictions in place prior to the Supreme Court’s ruling overturning Roe v. Wade, is among several states, including Indiana, that are now examining ways to further curtail the procedure.

On July 18, a state court judge blocked a West Virginia abortion ban that dates back to the 1800s. West Virginia Attorney General Patrick Morrisey, a Republican, called the court’s decision “a dark day for West Virginia.”

Morrisey then filed a motion to stay the injunction with the state Supreme Court of Appeals, according to unstamped court documents provided by his office.

“As a strong pro-life advocate, I am committed to protecting unborn babies to the fullest extent possible under the law, and I will not rest until this injunction is lifted,” he said in a statement last week.

Abortion is presently prohibited in the state after 20 weeks at fertilization or 22 weeks from the last menstrual cycle except in the case of a medical emergency or a nonmedically viable fetus, according to West Virginia law.

Iraqis arrive to mass prayer in cleric’s show of...

‘I Discovered My High School Best Friend Was My...

Pence to Muir: Trump’s words ‘endangered me, my family...

For the first time, monkeypox has been reported in...

Putin calls on Kyrgyzstan and Tajikistan to de-escalate –...

Why is my passport taking so long to arrive?

As Boris Johnson departs, UK takes stock of his...

Mark Zuckerberg is the latest tech billionaire to call...

How to Prevent a Housing Crisis

Ukraine crisis: Nothing is off the table to stop...

Is this the end for Boris Johnson as UK...

Man pleads not guilty to rape of Ohio 10-year-old

AiFi adds new funding into its cart to expand...

Did Netflix ruin Formula 1 with ‘Drive To Survive’?...

Tesla delivers the first vehicles from its German Gigafactory

Apple finally achieves its ‘peek’ design with a new...