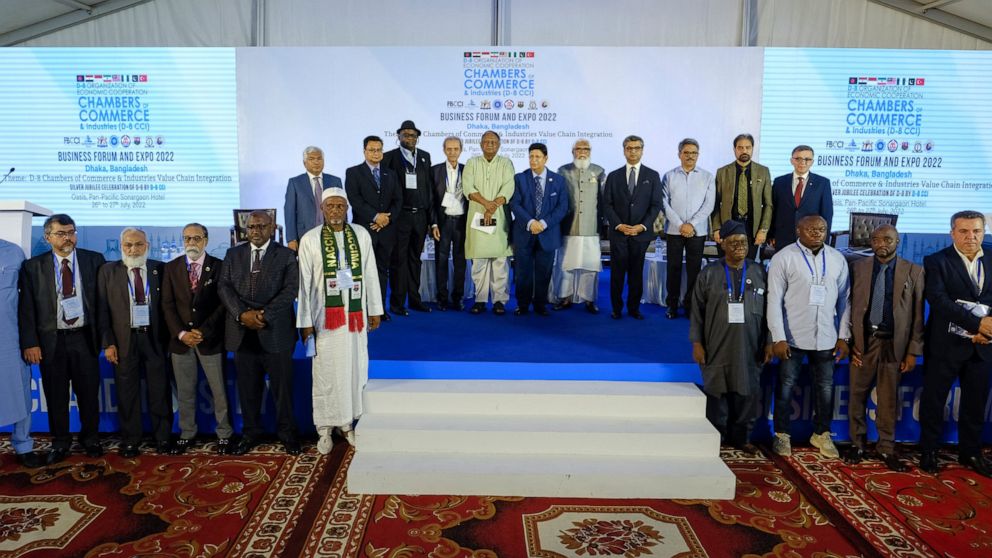 Representatives from Egypt, Iran, Malaysia, Nigeria, Pakistan, Turkey and Bangladesh under the banner of D-8, or developing eight countries, were discussing alternative trade financing such as cross currency swap, barter and blockchain to address their foreign currency reserves vulnerabilities, according to organizers.

Bangladeshs Foreign Minister A.K. Abdul Momen said the group, with a $5 trillion economy among its members, was working to implement a free trade agreement while also increasing the volume of trade.

Organizers said the participants were exploring ways to boost energy security with members such as Iran and Nigeria among the world’s top oil producers.

Bangladesh, a nation of 160 million people and the worlds 41st largest economy, has suspended operations in diesel-run power plants to ease pressure on the cost of imports, The countrys central bank has also taken measures to reduce the imports of luxury goods amid shortages of dollars in banks.

Due to ongoing impact of the COVID-19 pandemic and key global economic developments, every member country is experiencing foreign reserve and currency vulnerabilities, supply chain disruptions, inflation, energy and food security risks, and therefore should take precautionary measures to prepare for business beyond the usual, said Sheikh Fazle Fahim, president of the D-8 Chamber of Commerce and Industry.

He also said the group should tap into its young workforce. We have over 200 million young people, youth. And in addition, we have a lot of women entrepreneurs that are coming up.”

D-8 was established in Istanbul in 1997 to engage in economic cooperation and improve member states position in the global economy. POLITICO Playbook: Biden gets a rude welcome to Georgia

Nearly half of Americans feel they pay too much...

Yelp, other companies take stance on abortion rights with...

Lions find confidence in O-line heading into next season

Another former Browns coach gets a head coaching job,...

Girl hit by car has major milestone fueled by...

Labor Angst Over Pay Hardens at Busy US and...

Greg Abbott’s border policies are nothing more than a...

When the Stick Works Better Than the Carrot

Russia Blames US for Stalling on Griner, Whelan Swap...

“Leave It to Beaver” star Tony Dow dies at...

Enterprise e-commerce in 2022: As TAM expands, the platform...

Google Hangouts is shutting down this fall

16-year-old Ukrainian refugee goes through monthslong ordeal to be...

Matt Parkinson: Lancashire leg-spinner ‘gutted’ to miss out on...

Amazon's Echo Show 5 is more than half off right now