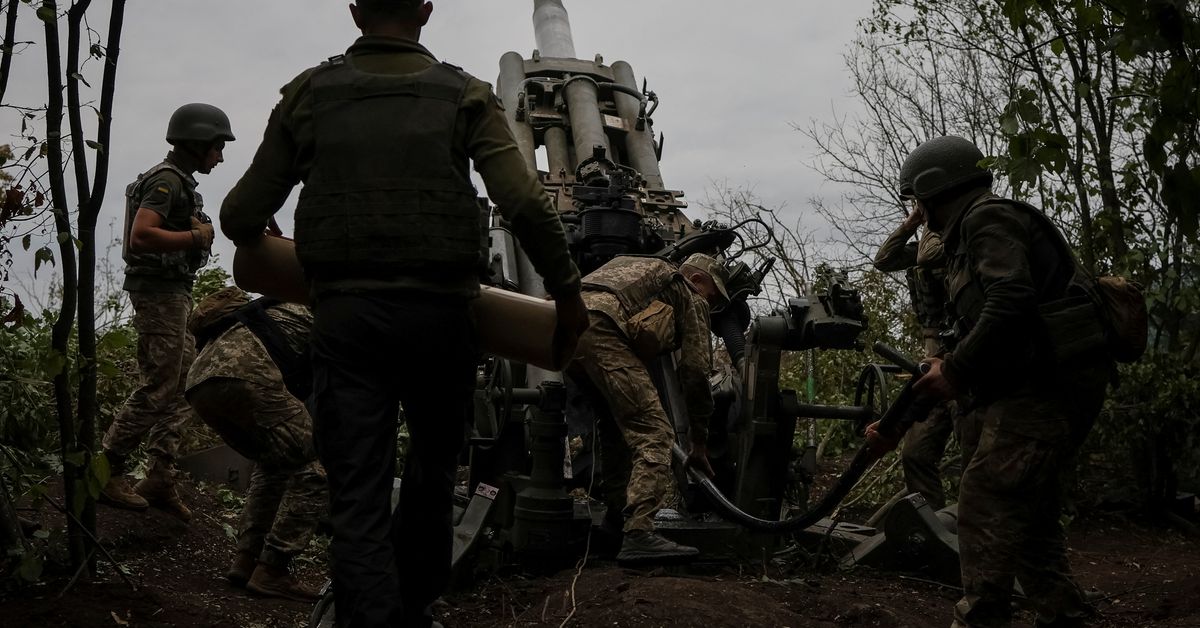 July 25 (Reuters) – The head of Russia’s investigative committee said Moscow had charged 92 members of Ukrainian armed forces with crimes against humanity and proposed an international tribunal backed by countries including Bolivia, Iran and Syria.

The government’s Rossiiskaya Gazeta on Monday quoted committee head Alexander Bastrykin as accusing “more than 220 persons, including representatives of the high command of the Armed Forces of Ukraine, as well as commanders of military units that shelled the civilian population.”

The Ukrainians were involved in “crimes against the peace and security of humanity, which have no statute of limitations,” he said. Bastrykin, whose committee probes major crimes, said 92 commanders and their subordinates had been charged, and 96 people, including 51 armed forces commanders, declared wanted.

Reuters could not independently verify the committee’s allegations. Ukrainian authorities were not immediately available for comment.

The United States and more than 40 other countries agreed earlier this month to coordinate investigations into suspected war crimes in Ukraine. read more

Since launching what it calls a special military operation in February, Russian forces have bombed Ukrainian cities to ruins and left behind bodies in the streets of towns and villages they occupied. Ukraine says tens of thousands of civilians have died. Moscow denies responsibility.

There have also been some reports of Ukrainians mistreating Russian prisoners, though the vast majority of accusations documented by bodies such as the United Nations are of alleged atrocities committed by Russian invaders and their proxies.

Bastrykin was asked about his committee’s investigations into Ukrainian security forces’ actions in the self-declared people’s republics of Donetsk and Luhansk, separatist, Moscow-backed territories in Ukraine’s industrialized east, and whether investigations could take place under UN auspices.

Given that the “collective West” openly backed Ukraine, he said it would be more appropriate to work with Russian partners in the Commonwealth of Independent States, the Collective Security Treaty Organization, the BRICS group and the Shanghai Cooperation Organization.

It was “expedient” to involve countries with an independent position on Ukraine, “in particular, Syria, Iran and Bolivia,” he added.

Targets of investigation included Ukrainian health ministry employees who he accused, without providing evidence, of developing weapons of mass destruction, as well as citizens of Britain, the United States, Canada, the Netherlands and Georgia.

Eight criminal cases had also been launched into attacks on Russian embassies or other representations in the Netherlands, Ireland, Lithuania, the Czech Republic, Poland, Romania and France, he said. Opinion | The Supreme Court Reform that Could Actually...

Diver finds another set of human remains near Lake...

Harris to discuss implications of overturned abortion rights with...

Wall Street Is Taking a ‘YOLO’ Page Out of...

Severe heat waves in US and Europe prove climate...

House votes to condemn threats to HBCUs and attack...

Antonio Brown says he would like to play with...

Spotify hypes the revenue potential of podcasts and audiobooks...

Rafael Nadal’s future in question due to foot injury...

This is the lamest Microsoft Office security threat we’ve...

MSNBC, others hit as ‘hypocrites’ for contradictory coverage on...

Disney+ will stream a live musical special from Epcot...

I made air fryer donuts so well, my partner...

Dundee United: Jack Ross’ future not in doubt despite...

As NATO Member, Finland Could Have Nuclear Weapons 600...

China Cuts Quarantine in Half for Travelers and Close...