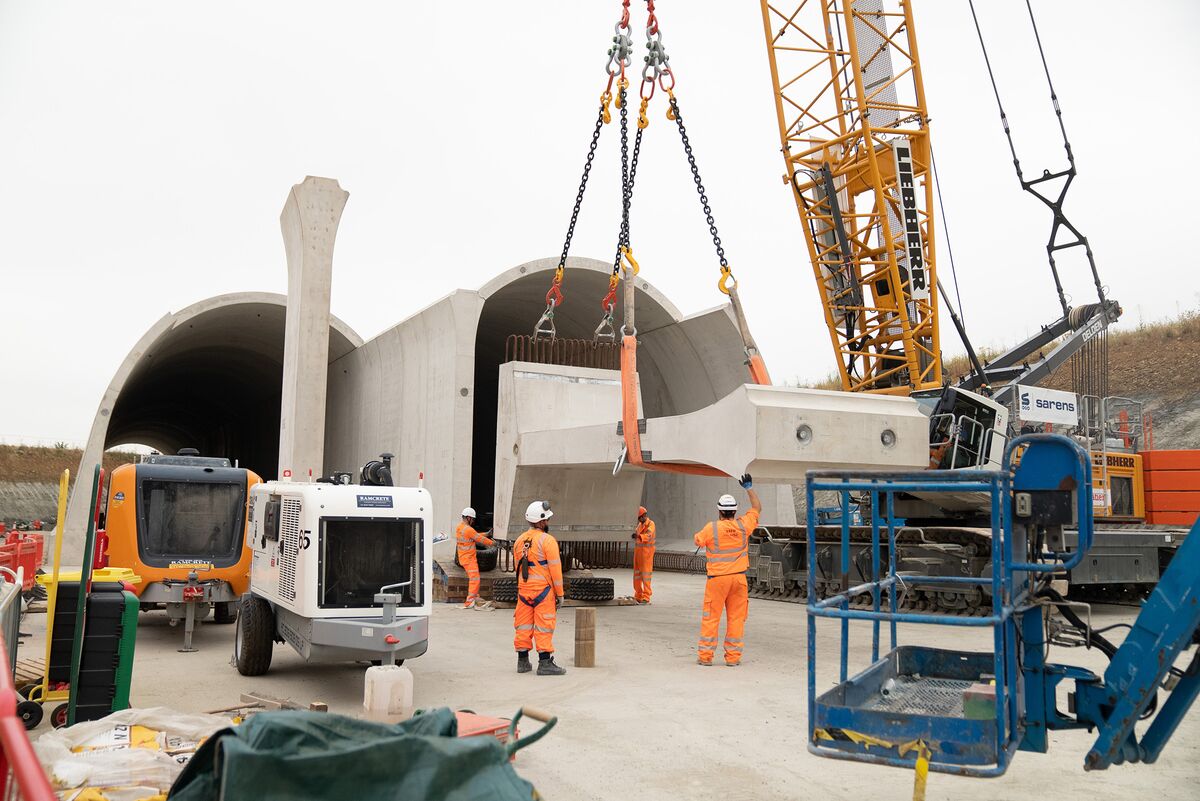 A Cabinet minister has warned that HS2 is a “killer whale” that could “rip the arm” off the next prime minister.

Chancellor of the Duchy of Lancaster Kit Malthouse, the most senior minister in the Cabinet Office, told the Telegraph that the HS2 project was akin to a “killer whale” and suggested it was one of the projects that could spell trouble for the next incumbent of No 10.

The Government-backed project comes with promises that it will deliver growth to all parts of the country, but its opponents have attacked the massive costs associated with the plan.

Mr Malthouse, who only a few weeks ago was policing minister but took up the job in Boris Johnson’s forced reshuffle, may only occupy the Cabinet Office role for the summer as the Tory Party chooses between Rishi Sunak and Liz Truss for its new leader.

But he warned the newspaper that the Government faces “killer whales”, namely “the big projects that sit out there below the surface, waiting to breach above the waves and rip your arm off”.

He contrasted those with “hornets” plaguing the Government – issues such as the cost-of-living crisis, strikes and NHS backlogs.

“The engine at the moment is actually pretty good, and my predecessors have built a pretty good engine,” he said of the Cabinet Office.

“But it’s one that is recovering from Covid.

“During the pandemic it was very focused on its Covid work. And dealing with that particular national international emergency was a huge moment for the Cabinet Office. And it did some remarkable stuff.

“But it is now time for us to shift off that kind of big uni-focal activity, and have a look at all this other stuff.”

He continued: “These are the big projects that sit out there below the surface, waiting to breach above the waves and rip your arm off. Big projects with big money involved, that often take quite a lot of sophisticated leadership and management.

“And we need to just make sure that we’ve got the risk assessed properly on that for a new prime minister.”

He said that HS2 is a “big project and it’s definitely on the list” of so-called “killer whales”.

“What I want is when a new prime minister comes in, that he or she is able to say to me Kit, what should I be worried about? That’s the exercise that we’re going through over the next four to six weeks.” Vegas Police: Body in barrel in Lake Mead was...

Your Weekend Reading: Is the Cure for US Inflation...

Wildlife Group Heartbroken After Company Tears Down Their Bee...

Ukrainian forces to retreat from key city as Russia...

US to seek Russia’s suspension from Human Rights Council

How Biden finally got to ‘yes’ on canceling student...

A Baker’s Dozen of Experiences at Walt Disney World

Sen. Menendez has message for Biden admin on Iran:...

New round of talks aims to stop the fighting...

US getting closer to reviving Iran nuclear deal but...

Alex Wong on the Markets (Audio)

A Michigan high school biology teacher is on leave...

Giuliani in discussions with Jan. 6 committee about testifying:...

World Diplomacy Is Being Upended by Putin’s War

Check out exclusive images from ‘The Heartstopper Yearbook’

Big interest in wind energy off NY, NJ in...