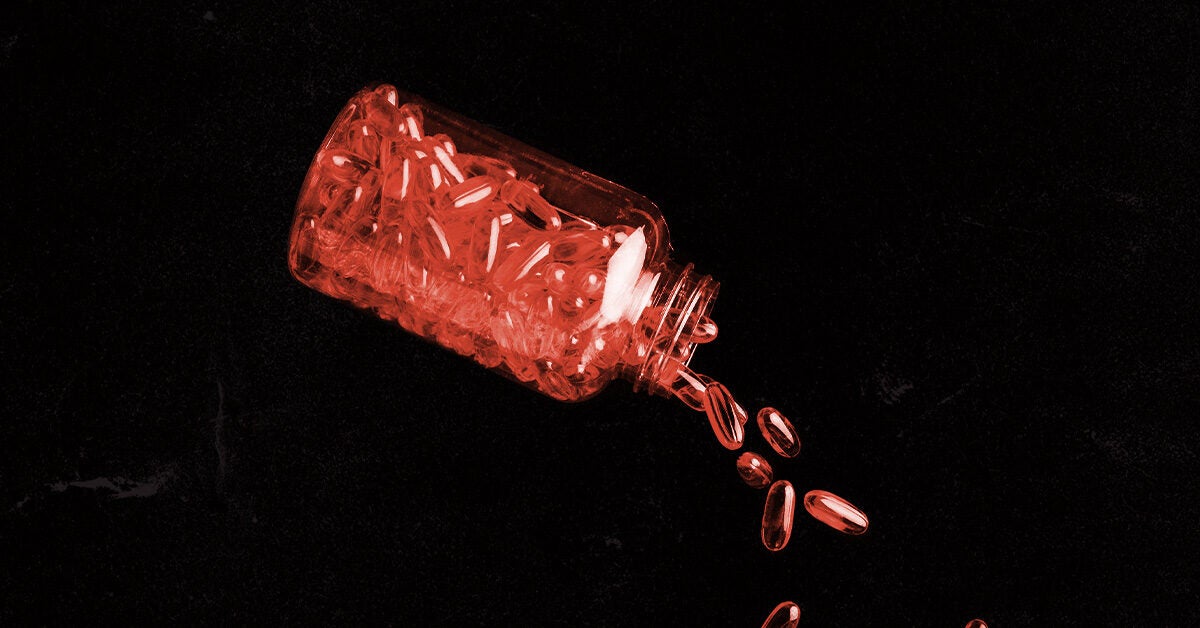 Everyone may feel anxious or sad at times. However, some people may experience life-disrupting levels of these emotions on a regular basis, developing into a mental health disorder that requires treatment.

Researchers at the University of Reading in the United Kingdom studied how vitamin B6 and vitamin B12 may impact anxiety and depression levels.

Vitamins B6 and B12 are present in foods such as chickpeas and tuna, but the research team tested the vitamins at much higher levels than those found in food.

Their findings were published in the journal Human Psychopharmacology: Clinical and Experimental

According to the National Institute of Mental Health

reports that around 8.4% of all adults in the U.S. experienced a depressive episode in 2020, making depression one of the most prevalent mental health conditions.

There are a number of prescription treatments for anxiety, including benzodiazepines (such as Xanax or Ativan) and buspirone. Also, certain antidepressants can help treat both anxiety and depression, which include SSRIs (such as Lexapro or Zoloft) and tricyclics (such as Anafranil or Tofranil).

People with anxiety and depression also occasionally try natural treatments to improve their symptoms and use herbal supplements such as ashwagandha and valerian.

(GABA) processing. GABA is a neurotransmitter that can calm the nervous system and may contribute to someone developing anxiety or depression.

The functioning of the brain relies on a delicate balance between the excitatory neurons that carry information around and inhibitory ones, which prevent runaway activity, says Prof. David Field, lead author of the study and associate professor at the University of Readings School of Psychology and Clinical Language Sciences.

The inhibition-excitation balance being off in the brain has been linked to anxiety, depression, autism, and schizophrenia. Additionally, the authors write, that some people may experience visual and other sensory disturbances in many of these mental health conditions, and these are thought to be related to excitation-inhibition imbalances in the visual cortex.

According to the authors, Vitamin B6 is involved in a number of other pathways that are likely to reduce neural excitation. Vitamin B12 shares two of the same pathways, so the researchers wanted to test it as well to see what effect it would have.

The researchers recruited an initial group of 478 participants who had self-reported anxiety and/or depression. They were randomly chosen to receive vitamin B6, vitamin B12, or a placebo.

The B6 tablets contained 100 milligrams of B6, while the B12 tablets had 1,000 micrograms of B12. This far exceeded the daily dietary allowance recommended by the Food and Drug Administration

The researchers screened the participants for anxiety and depression before and after the vitamin or placebo regimens using the Screen For Adult Anxiety Related Disorders (SCAARED) and Mood and Feelings Questionnaire (MFQ).

The researchers had the participants complete visual and tactile tests at the end of the trial.

The study results indicated that vitamin B6 can be helpful in reducing anxiety and depression symptoms. The B6 participants saw a significant reduction in their SCAARED and MFQ tests compared to the placebo group.

Vitamin B6 helps the body produce a specific chemical messenger that inhibits impulses in the brain, and our study links this calming effect with reduced anxiety among the participants, says Prof. Field.

Additionally, in testing at the end of the trial, the B6 group showed an increase in the surround suppression of visual contrast detection. The authors write that this testing argues for an inhibitory GABA-related underlying mechanism.

While the participants in the vitamin B12 group reported a slight improvement in anxiety and depression symptoms compared to the placebo group, the researchers did not consider it significant.

The authors noted that it is possible that the 1-month supplementation period in the present study was insufficient for the effects of B12 supplementation.

The study findings may be helpful to people with anxiety or depression in multiple ways.

First, vitamin B6 supplements are readily available over-the-counter at most drug stores and other retailers.

This could be a breath of fresh air for people with anxiety disorders who have not had the options of new treatments for a long time, Dr. Tom MacLaren, a consultant psychiatrist at Re:Cognition Health based in London, said in an interview with Medical News Today.

B6 vitamins are very widely available, and many people take them regularly, so it could be an easy way to boost treatments that they are already taking.Dr. Tom MacLaren

Another way the study may be helpful to people with anxiety or depression is that the findings indicate vitamin B6 may help with GABA.

The authors highlight the role of vitamin B6 as a coenzyme in the synthesis of the inhibitory neurotransmitter GABA from glutamate, Dr. David A. Merrill, a psychiatrist and director of the Pacific Neuroscience Institutes Pacific Brain Health Center at Providence Saint Johns Health Center in Santa Monica, CA, told MNT.

This makes sense and becomes an important way to explain the findings to patients and perhaps those who have not sought out treatment but are struggling with high anxiety, he said.

Additionally, if some people with anxiety or depression are able to decrease symptoms using vitamin B6, they may be able to avoid the side effects of prolonged use of certain medications.

Some anti-anxiety medications like benzodiazepines have potential side effects like sedation, imbalance, or memory loss, Dr. Merrill continued. Benzodiazepines can also be overused to the point of becoming ineffective, or you can develop both psychologic and physiologic dependence that makes it hard to stop using the drugs. Elon Musk Mocks Twitter as Company Lawyers Up to...

Eating raw cookie dough is your choice, but it...

Suffering goes on in encircled Mariupol as evacuation fails

Biden seeks to rally Democrats ahead of crucial midterms

Activision’s Next Few Call of Duty Games Will Be...

Boris Johnson is still in charge. But behind closed...

US suspends Mexican avocado imports on eve of Super...

Can’t stretch to a Taycan? A super light Porsche...

Pentagon chief: ‘You could see a significant amount of...

Britain Set to Fall to Bottom of G-7 Growth...

Bloody battle for control rages in eastern Ukraine as...

Android 13 could land even sooner than the Google...

These Are Britain’s Property Hotspots

Oil firms on tight supply though EU ban on...

NYC Mayor Eric Adams has a secret office in...

Man in Florida gets 20 years for posting bomb-making...