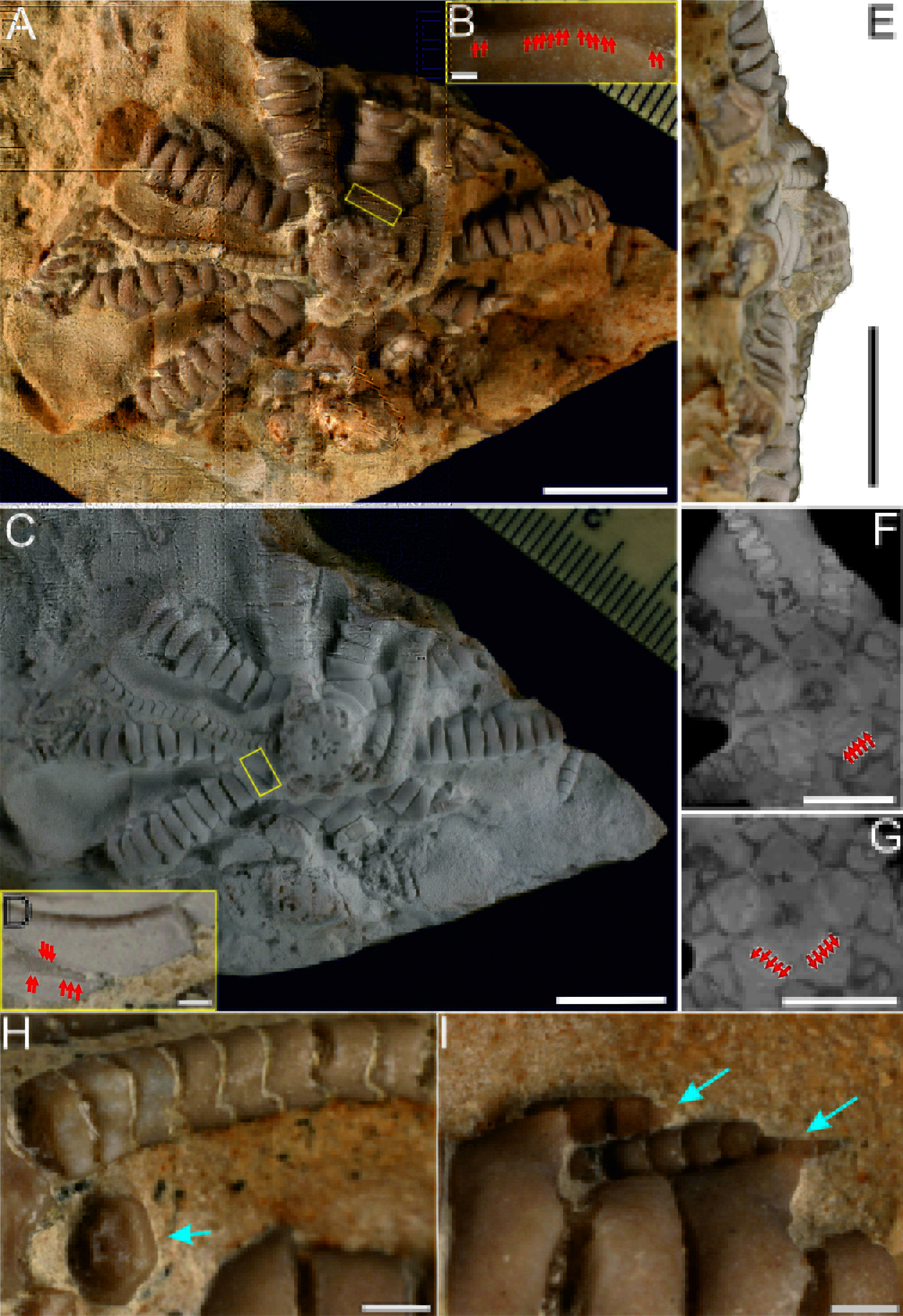 A 150 million-year-old marine invertebrate unearthed in Africa has been named after Ukraine’s President Volodymyr Zelensky.

The bizarre creature had 10 long arms and sharp tentacle-like claws to grip the seabed.

It was a type of feather star, which are abundant today on rocky bottoms from the Equator to the poles.

“Ausichicrinites zelenskyyi had 10 massive arms and a ring of claw-like appendages near the base to grip the substrate.”

He added: “The animal lived 150 million years ago – and shows putative traces of arm movements.

“It has been named in honor of Volodymyr Oleksandrovych Zelensky, the sixth and current president of Ukraine, for his courage and bravery in defending free Ukraine.”

Feather stars can be a variety of spectacular colors, from deep reds to vibrant oranges and electrifying yellows. Each arm can be up to a foot long.

Their appendages are used to catch food, making the animals filter feeders. They sit in the water, expose their arms, and let nutrients moved by the current come to them.

Feather stars also have the ability to shed an arm the way some lizards can their tails, which is also an anti-predator response.

Salamon said: “The specimen shows evidence of regeneration, which reinforces the hypothesis about the importance of predation in the evolution of feather stars.”

Ausichicrinites zelenskyyi was about 2 inches in diameter. Its almost complete remains were dug up at a site in central western Ethiopia.

“Here, we report a nearly complete, and thus extremely rare, comatulid from the Upper Jurassic of the Blue Nile Basin in central western Ethiopia that provides a unique insight into the morphology of comatulid arms and claws.”

He added: “The new fossil from Africa constitutes the earliest, the first example of regeneration in a feather star.”

Ukrainian President Volodymyr Zelensky sits for a press conference on April 23, 2022, in Kyiv, Ukraine. A 150 million-year-old marine invertebrate unearthed in Africa has been named Ausichicrinites zelenskyyi “for his courage and bravery in defending free Ukraine.”John Moore/Getty Images

Born with a stem that they shed in adulthood, feather stars can have as few as five arms and as many as 200.

They are often conspicuous to divers and snorkelers. They are not poisonous to humans, but can be toxic to other animals.

Snails often live on them. Fish may comb through feather stars looking for a tasty meal.

Feather stars are echinoderms, like the more familiar sea stars. They are also a type of crinoid, along with sea lilies, which have a stalk.

Produced in association with SWNS.

This story was provided to Newsweek by Zenger News.

Lamar Jackson with another mind-boggling play for Ravens

DuckDuckGo is now blocking one of Google’s most annoying...

Six Milwaukee Brewers who will make or break this...

Body in underwater cave may be diver who vanished...

Bodies, most of downed floatplane recovered from Puget Sound

Live Alongside Disney and Pixar Characters in Disney Dreamlight...

UPS driver gunned down for taking too long to...

Animal rights activist tackled after running on court during...

Motorola’s new phone isn’t a cheap device but it...

New Mexico may tax tickets to space on Virgin...

A House Built Upon Sand

Ford makes it easier to 3D-print accessories for its...

Jesse Watters: Authorities in Ohio haven’t even begun a...

Hacker claims to have stolen 1 bln records of...

Security expert says London is ‘better prepared’ for a...

S Korea says crypto-fugitive Do Kwon is in Serbia

Dame Deborah James’s mother on life without her daughter

Kerala: Meet the Indian woman who flaunts her moustache

Timeline: The life and career of Hong Kong leader...

Regions revival shot in the arm for Wales –...

RAYMOND ARROYO: You don’t need a biologist to figure...

Spider-Man: Across the Spider-Verse may be tied to the...

Air India: The urination scandal that embarrassed the airline

What USC, UCLA to Big Ten means for schools,...

'Striking:' Top American CEOs earn this much more than their their employees