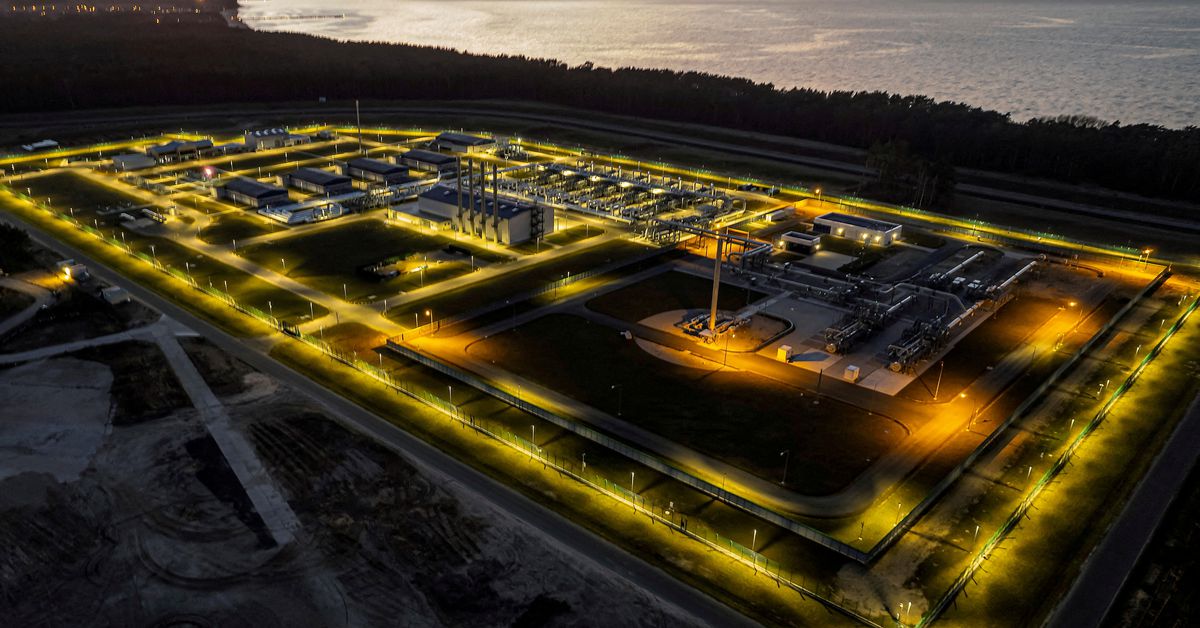 July 20 (Reuters) – The European Union has set out emergency plans for countries to cut their gas use by 15% until March, warning them that without deep reductions they could struggle for fuel during winter if Russia halts supply. read more

Gas deliveries are due to restart through Russia’s Nord Stream 1 pipeline to Germany on Thursday, after annual maintenance. Sources told Reuters that flows would likely resume, despite some governments’ fears they would not, but at below full capacity. read more

The European Union has rules to prevent and respond to a disruption in gas supplies. It sets out three levels of crisis: an early warning, alert and emergency. Member states are required to have plans in place for how they would manage the impact of a supply disruption at the three crisis levels.

Following is a summary of actions by some European governments (in alphabetical order):

Austria, which gets around 80% of its gas from Russia, has activated the first step of a three-stage emergency plan. It will order industry and utilities to make plants run on alternatives to natural gas where possible.

The country, which meets over 90% of its gas needs from Russia, has agreed to purchase U.S. liquefied natural gas (LNG) and has stepped up talks with Azerbaijan to increase gas deliveries.

The government has backed a bill that would allow the ministry to put in place measures to prevent an emergency in the heating sector and could allow coal-fired plants that are set to be shut down next year due to breaching emission limits to continue to operate.

Denmark’s energy agency has activated the first step of a three-stage emergency gas supply plan and has urged consumers and companies to reduce consumption.

Finland and the Baltic states will postpone summer maintenance on a major gas pipeline to help secure supplies.

France is working on contingency plans for cuts to Russian gas flows as top bosses at energy companies urge individuals and businesses to reduce power use. read more

France is less reliant than some of its neighbours on gas imports from Russia, which account for about 17% of its gas consumption.

Germany, which relies on Russia for 55% of its gas needs, has entered Phase 2 of its three-stage emergency gas plan.

The Phase 2 “alarm stage” kicks in when the government sees a high risk of long-term supply shortages of gas. Under the plan, Germany will provide a credit line of 15 billion euros ($15.8 billion) to fill gas storage facilities. A gas auction model will be launched this summer to encourage industrial gas consumers to save gas.

Under a contingency plan, Greece, which uses gas mainly for power generation, would get additional quantities of LNG and switch four gas-fired plants to diesel. It will also ramp up coal mining in the next two years as a temporary measure.

A long-delayed gas pipeline between Greece and Bulgaria has been completed and can start commercial operations this month. read more

Italy, which gets around 40% of its gas needs from Russia, has also activated the first stage of its emergency gas plan. Algeria will provide Italy with an additional four billion cubic metres (bcm) of gas this year, on top of the 21 bcm planned previously, an official source told Reuters. read more

The Netherlands has activated the early warning phase of its energy crisis plan and lift a cap on production by coal-fired power plants. It imports 15% of its gas from Russia.

The Groningen gas field could also be used to help supply neighbouring countries but increasing production could risk earthquakes.

Poland does not plan to initiate its 12-step emergency procedure that leads to gas rationing. Baltic Pipe, the gas pipeline linking Poland and Norway, will be filled to its capacity of 10 billion cubic meters (bcm) in 2023.

Neither country on the Iberian peninsula counts Russia among its main providers. However, Portugal’s Sines port is ready to start onward shipment of LNG to head to other European states, a government spokesman said. Super Bowl odds: Futures for every team; Chiefs new co-favorites to win it all

Harvey Weinstein’s lawyer is worried about him surviving ‘almost...

Feel the Holiday Magic During ‘A Disney Christmas’ at...

One dead, at least eight others lost at sea...

Your performance review is probably going to be more...

Fergal Keane: How I found a way to live...

USB-C 2.1 could charge our laptops and smartphones in...

This Yale alum wants to build a telemedicine platform...

Director Made Secret Visit to Europe Ahead of Blinken...

Biden, Saudi crown prince greet each other with a...

What This Money Manager Learned in Covid-Zero China (Podcast)

Trumpism is here to stay in Georgia no matter...

Siobhan Cattigan: SRU says court may be ‘most appropriate’...

Derby County: Where will crisis club turn next after...

President Biden poised to announce some form of student...

Terra’s founder plans to back its stablecoin with a...

NBA Summer League Tracker: Checking in on the lottery...

The ending of the pandemic is revealing an America...

Strikes Would Push Royal Mail Into a Loss: The...

MLB power rankings: Second half starts ahead of potential...

Brittney Griner Writes to Biden: ‘I’m Terrified I Might...