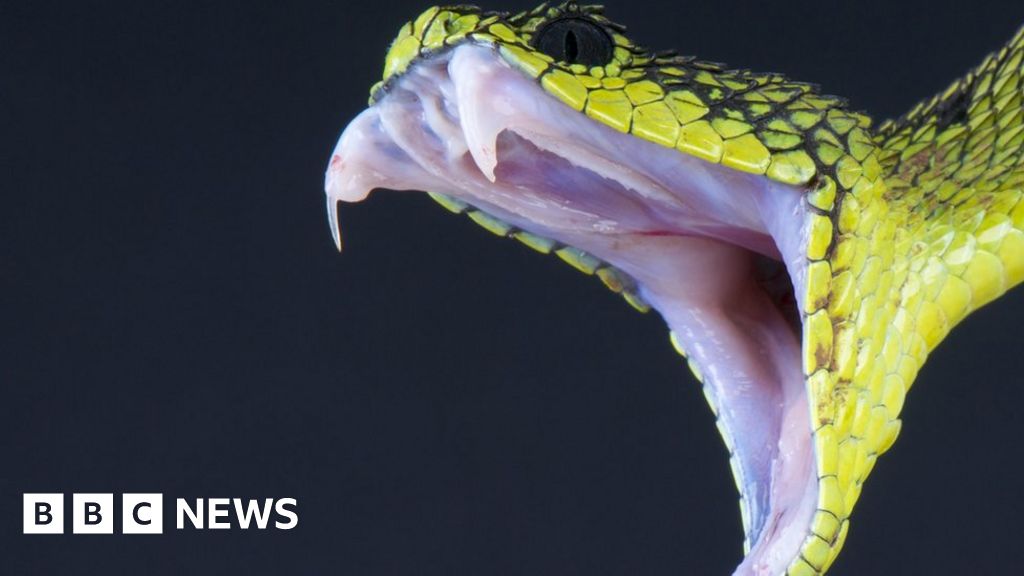 A rise in exotic pet ownership means snakebite injuries are becoming more common in the UK, doctors are warning.

In the last 11 years medics have seen and treated 300 victims.

Some 72 of the patients were teenagers or children – 13 were under the age of five.

Most of the people who had been bitten made a complete recovery, but some had to be treated in intensive care. One patient needed part of their finger amputating, and one man died.

He was a reptile conservationist who had been bitten by a king cobra – the world’s longest venomous snake.

Measuring around 13 feet long, these snakes can rise or “stand up” to reach an adult’s eye level. Snake venom is a neurotoxin that can stop the victim’s breathing and heartbeat.

Those who saw the incident said that, after being bitten, the man staggered about “as if drunk” and then collapsed.

Witnesses tried to resuscitate him while waiting for the ambulance to arrive.

Despite being given 10 vials of antivenom by the emergency services, he died from a cardiac arrest. It’s possible he had an allergic reaction to the antivenom, say doctors in the journal Clinical Toxicology.

The amateur snake keeper who lost part of their finger because the tissue died was also treated with antivenom. They had been bitten by a highly venomous species of spitting cobra native to Mozambique.

They are considered to be among the most dangerous snakes in Africa. Their fangs can spray venom up to three metres, and their bite can be lethal.

According to the World Health Organization, there are more than 250 species of poisonous snake – most are native to Asia, Africa, Latin America and Oceania.

The UK has three native snake species – the adder, the grass snake and the smooth snake. Only the adder is venomous.

It is not illegal to keep some exotic reptiles as pets. The RSPCA advises people to research as much as possible about what it entails before buying one, since caring for them properly can be challenging.

If you have a pet python, for example, it advises: “Do not handle your python after handling prey as the snake may smell food and try to bite; wash hands well first.”

In the study, the researchers logged 321 exotic snakebites from 68 different species. Of those who were bitten, 15 had severe symptoms.

One of the study authors, Prof David Warrell from Oxford University, said: “Most of these bites occur to fingers, hands and wrists following deliberate handling interaction by people who keep snakes as part of their occupation or hobby.”

Prof Nicholas Casewell is the director of the Centre for Snakebite Research & Interventions at the Liverpool School of Tropical Medicine.

He said it was important to distinguish between venomous snakes and non-venomous ones, such as corn snakes, which many High Street pet shops sell.

Snakes, like other animals that bite, can be a safe pet.

Ownership of many poisonous species requires a special licence in the UK, meaning children shouldn’t be handling them.

“People keeping venomous ones should be careful and have a mitigation plan in place for if they are bitten,” said Prof Casewell. He added that native adder bites in the UK were extremely rare.

“You can find adders in some coastal areas – parts of the south-east, north Wales and the Yorkshire moors. Most snakes are not aggressive. You would have to be quite unfortunate to be bitten.

“Very occasionally someone might step on one and get bitten. Or they might pick one up not realising it’s an adder. The NHS has access to different antivenoms for these rare emergencies.” Poaching Putin’s Tech Workers as an Alternative to Sanctions...

Missouri could make it harder to get out-of-state abortions

Hands on with Walmart’s new (but buggy) ‘Text to...

NBA Debate: Bucks, Celtics continue to impress, and what...

Police name Glasgow pedestrian who died after being hit...

UK voters warm to new leader Sunak, but not...

China slams reported plan for US B-52 bombers in...

Chile’s Leanest January Since ‘11 Is Another Bullish Copper...

Mary Trump Says Racism Was the Norm in Trump...

Biden to promise quick action on codifying Roe if...

Judge dismisses Trump lawsuit against Clinton, others over Russia...

Sony Patent would have you yell at your TV...

Microsoft Teams emoji are about to get more annoying...

Mike Pence to campaign for Gov. Brian Kemp ahead...

America and Russia cooperate in space. Why not on...

Ruling may mean less time for 2 who violated...

Attacks on Microsoft SQL have seen a huge rise

Time is running out for Africa to profit from...

POLITICO Playbook: As Russia gets bogged down, negotiations heat...

Netflix confirms its ad-supported tier won’t have all its content at launch...