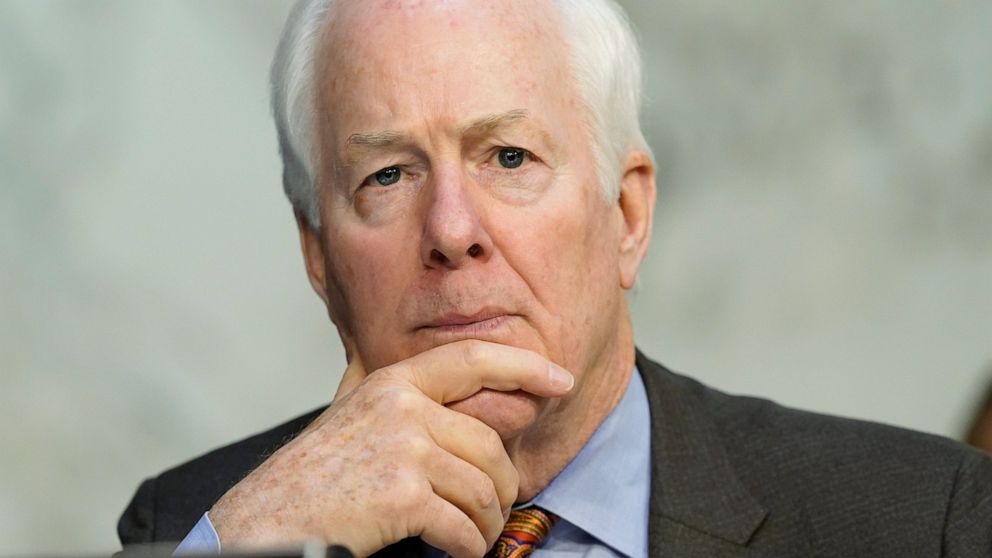 WASHINGTON — Key Republicans are warming up to passing a bill that provides roughly $52 billion in incentives for the semiconductor industry now that Sen. Joe Manchin of West Virginia has quashed the idea of imposing higher taxes on the rich and corporations as part of a separate Democratic-only effort.

Three weeks ago, the computer chips bill looked like it could be in trouble despite having bipartisan support. That’s when Senate Republican leader Mitch McConnell said there would be no such bill as long as Democrats pursued what he called a partisan reconciliation bill.” But Manchin’s decision to dramatically narrow the Democratic effort and axe the tax hikes appears to have opened the window for Republican cooperation on semiconductors.

Sen. John Cornyn, R-Texas, who endorsed McConnells approach, said on the Senate floor Monday that Manchins announcement on taxes means were in a posture where we can go forward with the chips funding and other related provisions.

I hope we will be able to take action on that in the coming days,” Cornyn said.

The Biden administration is pressing Congress to move quickly on the semiconductor legislation before they leave for their month-long August recess. Commerce Secretary Gina Raimondo said that chipmakers are making decisions now about where they need to locate plants to keep up with global demand, and that foreign competitors are courting those companies with financial aid.

It does nothing to protect the United States economy or national security to have another fab or manufacturing facility located somewhere else around the world,” Cornyn said. We need them here.”

The bill coming before the Senate this week is much narrower than legislation that both chambers had passed this Congress. The stripped-down measure contains the $52 billion in financial incentives and research, plus another $1.5 billion for a fund that would encourage competition to companies like Huawei in building 5G networks. The bill will also institute a 25% investment tax credit for investments in semiconductor manufacturing.

The legislation would also prohibit aid recipients from expanding or building new manufacturing plans for certain advanced semiconductors in China or another foreign country of concern, according to a draft of the legislation obtained by The Associated Press.

Senate Majority Leader Chuck Schumer told senators Monday that he wants lawmakers from the House and Senate to continue working on a broader bill to boost the semiconductor industry and scientific research in the U.S., but for now, he plans to hold the first procedural vote on the narrower measure Tuesday. He said manufacturers are not going to wait around forever.”

The Biden administration has touted the financial incentives for the computer chip industry as a way to create jobs in the U.S. while also relieving inflation pressures in the long-term on automobiles, computers and other high-tech products that rely on computer chips. Buttigieg draws link between transportation and history of civil...

Is Covid Becoming Endemic? What Would That Mean?

Labour’s Haigh tells Shapps on rail strikes: Do your...

Are Hammerhead Sharks Dangerous and Do They Attack Humans?

Emergency services: Attacks in Wales on workers up to...

Cybersecurity watchdog asks lawyers for help in the fight...

Antarctica is about to get its first submarine internet...

Mystery of alleged Chinese hack on eve of Ukraine...

Palma on Security in a New World of Work...

How to Unlock Your iPhone With Face ID—While Wearing...

Even the District Attorney Believed Joaquin Ciria Was Innocent....

The next iPad Pro needs to borrow this one...

Logan Mwangi: Murder-accused, 14, was ‘a monster’