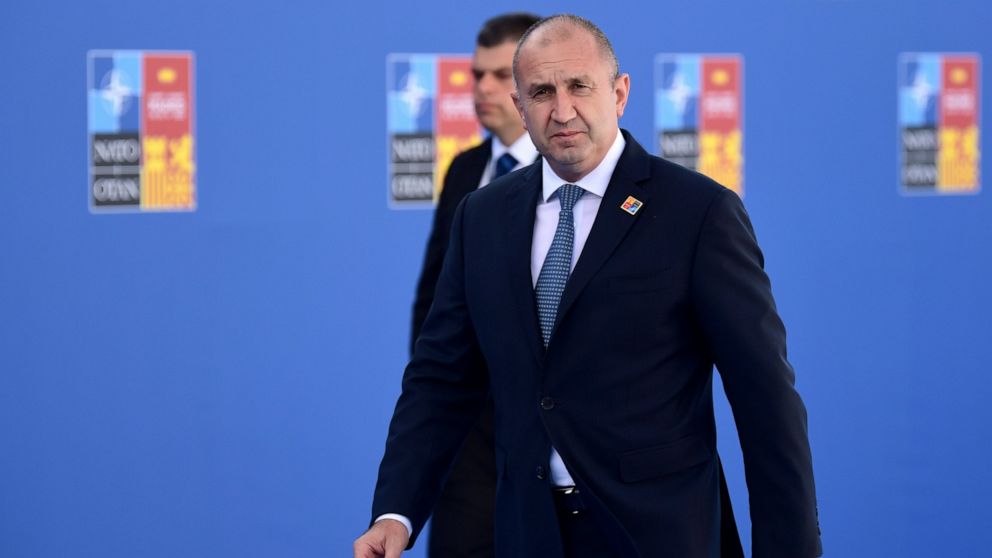 SOFIA, Bulgaria — Bulgarian President Rumen Radev on Monday handed a mandate to the third-largest political party in parliament to form a government after two previous attempts have failed.

Although the chances of the Socialist Partys success are dim, its floor leader, Georgi Svilenski, said his party would invite the three other groups in the former coalition to give it a new try.

Svilenski told Radev that he would make every effort to see the mandate fulfilled, because the public needed calm and certainty.

The move comes after the two main groups in parliament the reformist We Continue the Change party and the center right GERB party failed to end the European Union and NATO members latest political crisis amid soaring tensions with Russia.

The ouster of the pro-Western Cabinet of Kiril Petkov, who took office last December pledging zero tolerance for corruption, helped pave the way toward a new election, which analysts expected to bring a stronger presence of nationalist and pro-Russia groups in parliament.

The Socialists have said that they will propose that the candidate prime minister should come from the We Continue the Change party, given it is the largest group in parliament.

If the coalition talks fail, which analysts say is more than likely, the president must dissolve parliament, appoint a caretaker government, and schedule another early parliamentary election,

The vote would be held in early October, and it would be Bulgarias fourth parliamentary election since April 2021.

Political analysts expect that a new vote could have a similar outcome and deepen the political impasse that has gripped the European Unions poorest member.

They also expect political instability to hinder Bulgarias ability to tap the EUs coronavirus economic recovery fund and disrupt its path toward adopting the euro currency in 2024.

Scotland: What can fans expect from Steve Clarke’s squad...

More than 20 million people from Texas to the...

SEAN HANNITY: Vote counting dragging on for days is...

Tweets from the terminal

Is Apple TV+ Available on Android? The AAPL Services...

Becker concerned players may become ‘machines’ under beefed up...

Building at hotel that inspired ‘Dirty Dancing’ destroyed in...

A White House speechwriter on writing for Obama, Biden...

American Airlines to resume mid-flight alcohol sales in one...

EXPLAINER: Why is China so angry over UN report...

Officials say a second person has died in tornadoes...

Should Lakers cut Russell Westbrook if no trade materializes?

Making the Most of Disney Compost

Zimbabwe without Robert Mugabe: What has changed?

Don’t look up: Close encounters of the disaster movie...

A Case for Getting Married

In the War on Thanksgiving, America May Finally Be...

DoorDash partners with Meta to test delivery of Facebook...

Driver praised for actions after gunman opens fire on...

The average overdraft fee dropped 11% in the past...

Marvel is getting the ‘Pokémon Go’ treatment thanks to...

Yellen Says Elevated US Inflation Locked In for the...