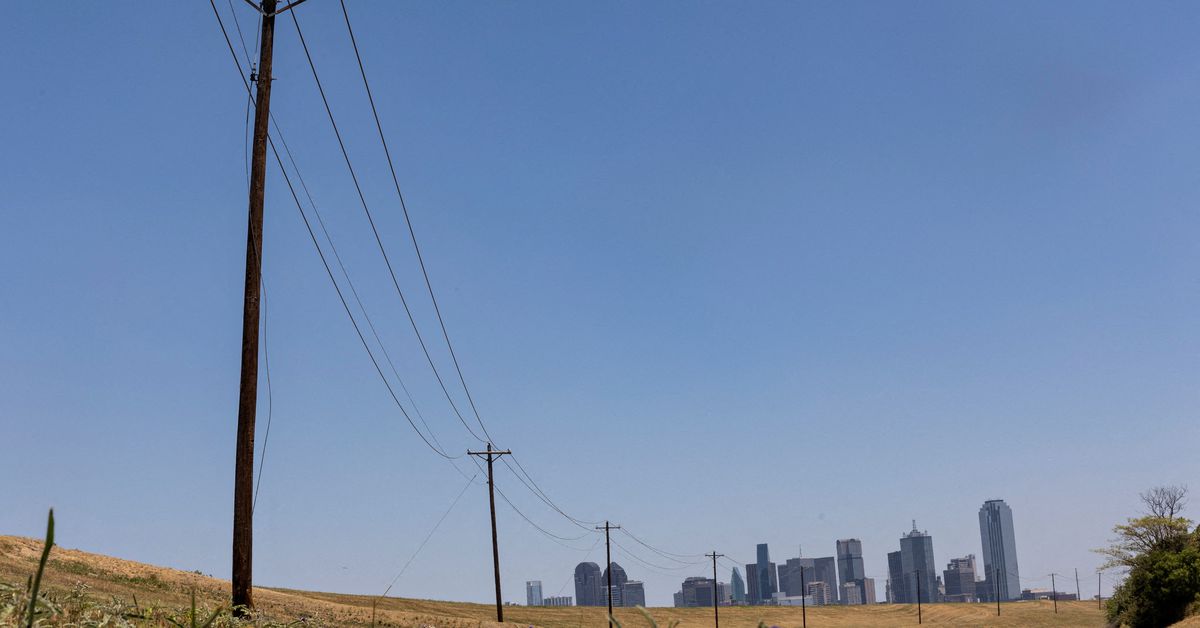 July 18 (Reuters) – Power use in Texas will break records again this week as economic growth boosts overall use and homes and businesses crank up their air conditioners to escape another heat wave, the state’s power grid operator projected on Monday.

The Electric Reliability Council of Texas (ERCOT), which operates the grid for more than 26 million customers representing about 90% of the state’s power load, has said it has enough resources to meet demand.

Extreme weather is a reminder of the February freeze in 2021 that left millions of Texans without power, water and heat for days during a deadly storm as ERCOT scrambled to prevent a grid collapse after an unusually large amount of generation shut.

AccuWeather forecast temperatures in Houston, the biggest city in Texas, will rise from 98 degrees Fahrenheit (37 Celsius) on Monday to 101 F (38 C) on Wednesday. That compares with a normal high of 94 F (34 C) for this time of year.

One megawatt can power around 1,000 U.S. homes on a typical day, but only about 200 homes on a hot summer day in Texas.

The average in 2021 was inflated by price spikes to $9,000 per MWh during the February freeze. read more 4 Things Biden Can Do Right Now on Abortion

Canada to use regulation to ban handgun imports in...

Tennessee residency program a win for future teachers and...

ISIS leader in Syria killed in drone strike, US...

Biden’s Polling Could Change His Decision to Run in...

Tonga needs over $90 million to start repairs from...

Carlo Ancelotti: What next for Real Madrid’s record-breaking boss?

As Biden battles COVID, some health issues of past...

Getting your Samsung phone repaired? This new update makes...

How to become more grateful, and why that will...

I made French Toast in an air fryer and...

Who Is Cassidy Hutchinson? Mark Meadows Aide To Testify...

Tucker: If we want to know what the future...

Monkeypox vaccine supply struggles to keep up with U.S. outbreak

Don McLean looks back at his masterpiece, 'American Pie'