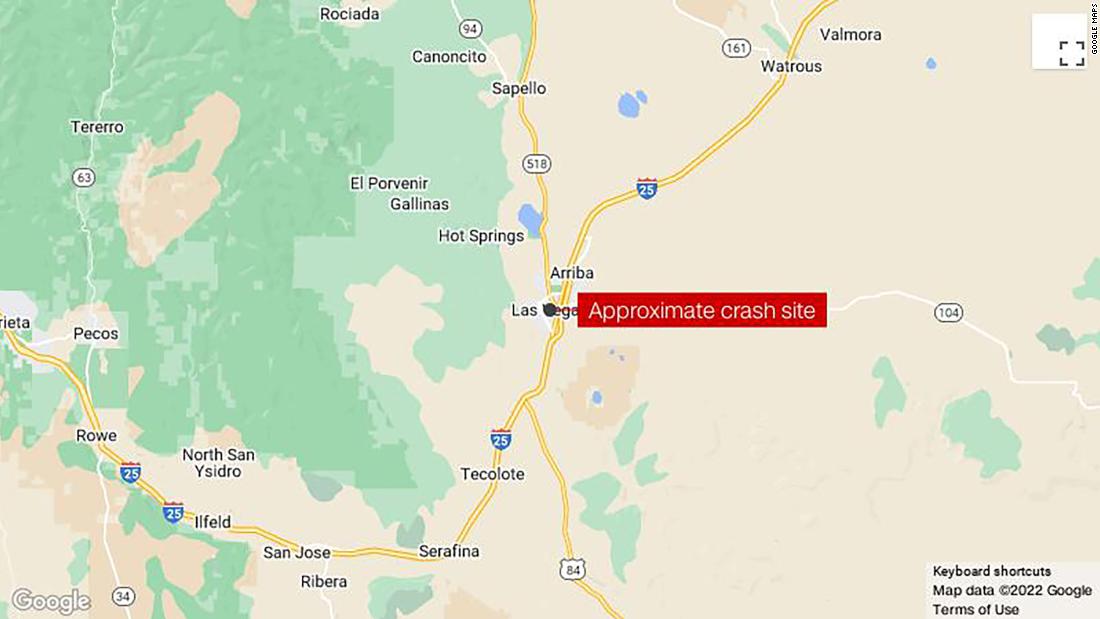 Three employees with the Bernalillo County Sheriff’s Office and one worker with the county’s fire department were killed in the crash near Las Vegas, New Mexico, the sheriff’s office said on social media.

There were no known survivors, officials added, noting the information is preliminary.

“These personnel were headed back to Albuquerque after assisting fire crews with the East Mesa Fire,” the sheriff’s office said. England to host Switzerland in Wembley friendly on 26...

Mar-a-Lago search gives Biden an opening on politics of...

State Farm and Disney Team Up to Create Good...

Pearpop introduces dynamic NFTs that gain value as a...

Peloton outsources production of its bikes and treadmills amid...

GOP readies political heartburn for an FBI it won’t...

Putin Stuck ‘in a box’ as Ukraine Foils Russians...

Ukraine war not discussed in Reed prisoner swap with...

At least 23 children killed in Iran protests in...

Spirit Airlines will talk to JetBlue about takeover bid

Suspect on the run after shooting leaves at least...

Scores of IT workers in Russia sign public anti-war...

When to pivot your product, and a tale of...

Women Behind the Magic at Disneyland Paris: Françoise Barbier

LG TVs will soon offer access to doctors and...

What does the new era of location intelligence hold...

Tesla Layoffs Violated Law With No Warning to Workers,...

Blockchain’s Impact On the Environment

Gas prices are falling, but voters say they aren’t feeling the relief