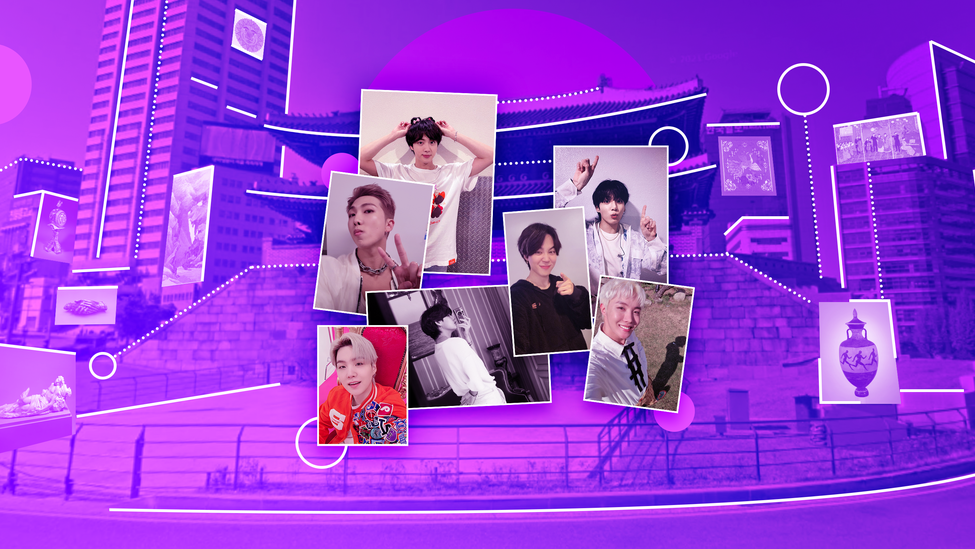 Google Maps has teamed up with K-pop superstars BTS to deliver a unique Street View Gallery that will take fans of the band on a tour around the globe in a way that mimics one of Google Earths’ best features.

While taking in the sights at stops in London, New York, and Seoul, tourists will also be able to admire the favorite art of the boy band’s members (opens in new tab), which has been superimposed onto buildings and landmarks. The artwork includes iconic classic works from numerous cultures as well as personal snaps from BTS themselves, with each piece accompanied by a short description of why BTS has an affinity for it.

This is the latest effort by Google Arts and Culture which has been using Street View to take digital explorers on tours of museums, galleries, and sites of historical or scientific importance (opens in new tab) to create more engagement with the arts.

Voyages offer an absolutely astonishing range of digital tours all over the globe, letting people take in the sights and visit iconic landmarks from numerous countries and cultures. There’s a tour of Japanese Castles (opens in new tab), UNESCO World Heritage Sites (opens in new tab), and National Parks of North America (opens in new tab) among many others, with virtual tourists hopping from site to site at the click of a button.

This BTS tour not only opens up the possibility for other artists to create their own Street View Gallery tours filled with art and locations that are significant to them, but could also pave the way for a version of Google Earth’s best feature to get its time back in the spotlight.

While Google Earth is still up and running, it doesn’t get anywhere near as much love or attention as it used to. So while its Voyages are still available to explore, we’re excited to see the feature make a semi-comeback on Google Maps; let’s just hope Google adds more tours and bring about a full-on return.

While we wait, why not check out five awesome features that Google Maps has already, including the ability to explore the past (almost) wherever you go. 4 ways to protect your savings as the Fed...

Suspect confesses in deadly crash into crowd at benefit,...

Sanders says Republicans are ‘laughing all the way to...

Aldi boss: Shoppers are ‘switching in their droves’

Biden to ‘forcefully advocate’ for voting rights in Tuesday...

Biden heads across the Atlantic to rally the West...

Ukraine war: Family given sight back settle into Polish...

Pandemic homeless hotels close, sending some back to streets

Ed Sheeran, Adele and Inflo up for IvorNovello awards

Under 18s will no longer be sent to young...

Ex-Honduras president arrested after US request

Inside the mind of an NFL kicker

Is ‘Our Democracy’ Failing Our Country?

Global chip shortage: what is it, why is it...

Cryptocurrency Miners in Texas Need ‘Approval to Energize’ in...

Beijing Said to Back Hong Kong Lockdown as Covid...

Telecom Italia’s Head of Network Is Said to Plan...

Russia: Infections could surge 6 times higher due to...

Credit Suisse Ousts Culture-Fixing Boss After His Own Scandal

Sweeteners and gut health: No calories does not mean...

Scousers grab the limelight as UFC returns to London

Hong Kong: Why business is not giving up on...

BeReal Basics: How to Use the ‘Unfiltered’ Social Media...

Intel Raptor Lake could launch in September to land first blow against...