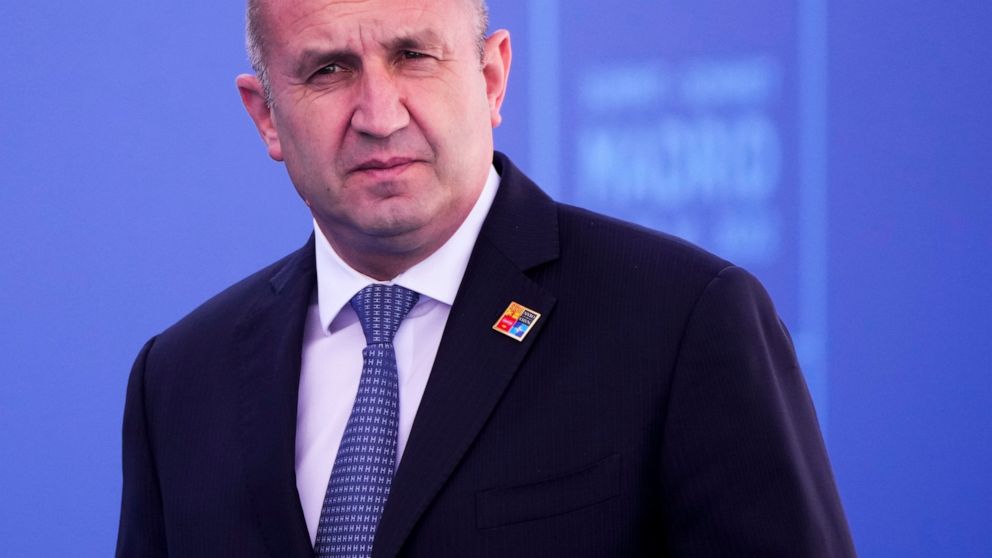 SOFIA, Bulgaria — Bulgaria’s president launched talks on Friday with all political parties represented in parliament to see if there was still a chance to form a government and avoid another early election.

President Rumen Radev is trying to prevent Bulgaria from sliding into new political turmoil after the two main parties stumbled over mustering enough support to form a government coalition.

Radev said that the political crisis is intensifying and that a functioning parliament is needed to cope with it.

We need not just a deal for a new government, but an effective governance with a strategic horizon that will undertake and implement the necessary reforms, Radev said.

The move comes a day after the center right GERB party refused to form a government and returned the mandate raising the prospects for a fourth general election in less than two years.

Last week, the reformist We Continue the Change party failed in its efforts to try to end the European Union and NATO members latest political crisis amid soaring tensions with Russia.

The two leading contenders are running neck and neck, according to the latest opinion polls, which will likely result in another hung parliament and no clear way out of the crisis.

The ouster of the pro-West prime minister, Kiril Petkov, who took office last December pledging zero tolerance for corruption, helped pave the way toward a new election. It was widely expected to bring a stronger presence of nationalist and pro-Russia groups in parliament.

Opinion polls suggest that a group of anti-EU nationalists would double their seats in parliament, where they could be joined by a new party of a former defense minister, who was fired by Petkov over using Kremlins rhetoric addressing the war in Ukraine.

The governments collapse could delay Bulgarias plans to join the eurozone in 2024, as well as the timely receipt of billions of euros in EU recovery funds.

According to the constitution, the president has to offer a third and final mandate to a parliamentary party of his choice within a week. If the third attempt also fails, the president will have to dissolve parliament, appoint a caretaker Cabinet and schedule an early general election.

US Park Police helicopter lands on DC freeway to...

Vermont Sen. Leahy will undergo surgery after he breaks...

The making of “The Godfather”

China is sending its most advanced fighter jet to...

DNS is now more important than ever for internet...

‘TV and film is booming but we need to...

OnlyFans Owner Gets Over $500 Million in Dividends in...

U2 singer Bono discusses discovering he has a half-brother

Google Pixel 6 users are reporting all sorts of...

The man who beat Amazon says he’s just getting...

Elderly driver hurt in crash with school bus in...

Could self-driving bikes change how we use cities?

How to get Remote Raid Passes in Pokémon Go

Do Celebrities Have a Responsibility to Fans When Backing...

With advances in IVF, more women are choosing to...

Omicron More Severe for Unvaccinated Children Than Other Strains

Special Glasgow and Edinburgh taxi days out for children...

South Africa to unveil solutions to power crisis within days