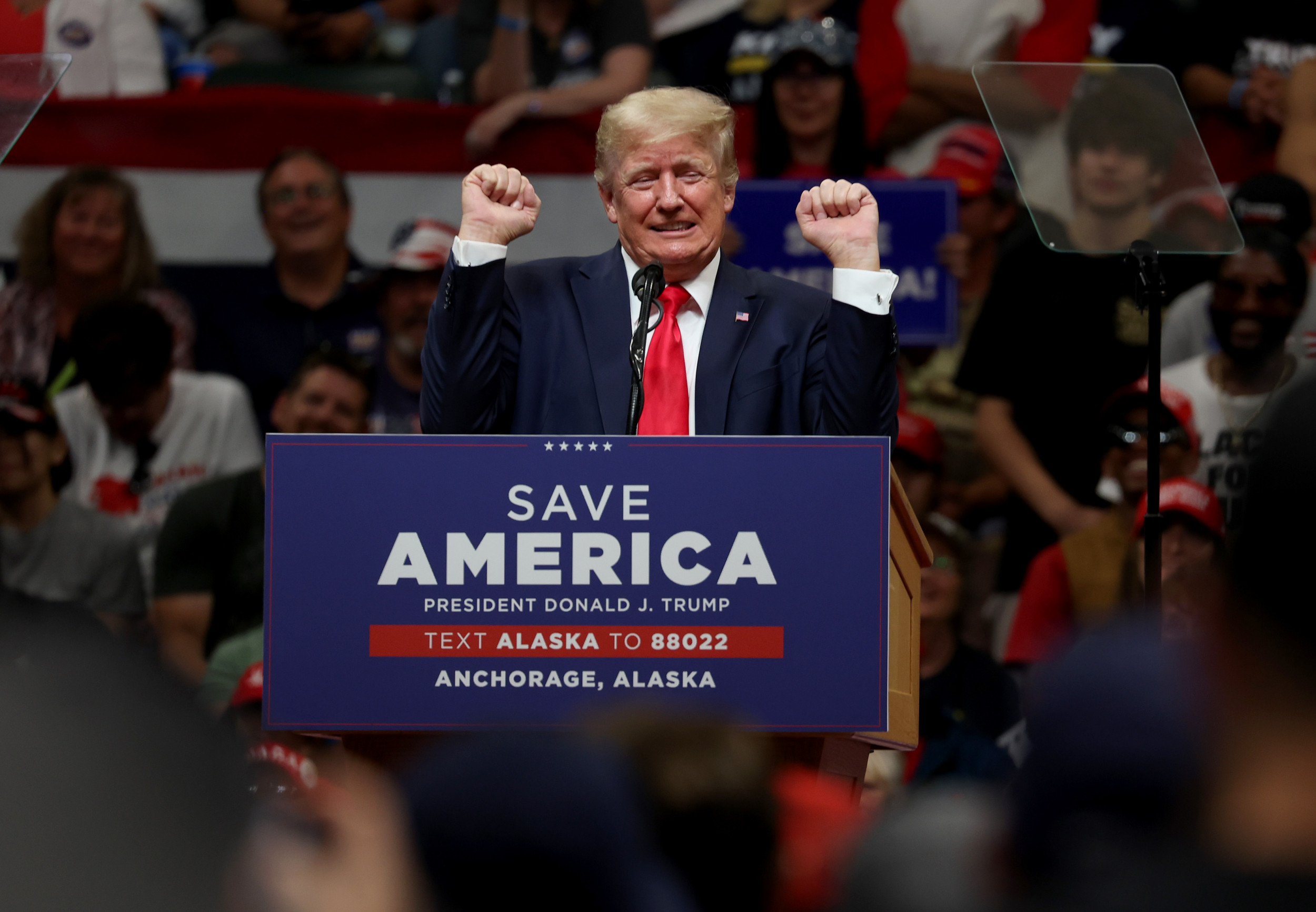 Reverend Shane Vaughn predicted that former President Donald Trump will be taking “back over” control of the government in four months, citing the upcoming midterm elections when Republicans are expected by many analysts to win back the House and possibly the Senate as well.

Many Christian pastors and self-described prophets have predicted that Trump will return to power before the next presidential elections. Some have claimed that the former president is still secretly in power and actually in control of the country. Vaughn made a similar claim, arguing that the U.S. would have “two presidents” following the 2022 midterm elections in November.

“In four months Donald Trump takes back over the government,” Vaughn said during an episode of his online show Professor Toto’s Conservative College this week. The pastor leads the Biblical Foundations Institute as well as the First Harvest Church and Ministries.

Reverend Shane Vaughn predicted that after the midterm elections, former President Donald Trump will be taking “back over” control of the government. Above, Trump speaks during a “Save America” rally at Alaska Airlines Center on July 9 in Anchorage, Alaska.Justin Sullivan/Getty Images

“No, I didn’t say he goes into the White House. I said he takes back over the government because you can believe your bottom dollar the House and the Senate will be taking their orders, if you will, from [Trump’s Florida residence] Mar-a-Lago,” Vaughn said.

“It is from there that we will have two presidents operating the country,” he said. Vaughn contended that there would be a “fake president,” which he referred to as “Joe-bama”—a combination of President Joe Biden’s and former President Barack Obama’s names.

Biden previously served as Obama’s vice president from 2009 to 2017. Some conservatives have conspiratorially claimed that Obama or other Democrats are secretly controlling Biden, suggesting the president is not actually making decisions.

“Trump is president number two. One of those presidents lives in the White House; one lives in the other White House,” Vaughn said. “It’s an amazing thing. America has two mistresses if you will.”

Whether Republicans take control of the House and the Senate following the November election remains to be seen. Historical precedent is on their side while Biden’s approval rating has plummeted over the past year in a worrying sign for Democrats. Democrats only control both chambers of Congress with slim majorities, meaning even a few losses could shift the balance of power.

In June 2021, the University of Virginia’s Center for Politics released an analysis of midterm elections going back to 1946. That report showed that the party of president in the White House, on average, loses more than 26 House seats during the midterms. The largest loss has been 64 seats, while the largest gain has been just eight seats.

The analysis showed similar results in the Senate. On average, the president’s party has lost more than three seats in the Senate during the midterms going back to 1946. The biggest loss has been 13 seats, while the largest gain has been just four seats.

Even if Republicans take control of the House and the Senate, Biden will continue to be the only legitimate president. Many GOP lawmakers may likely follow the guidance of Trump in their decisions, but Republican senators in particular have repeatedly shown their willingness to defy the former president.

Analysts have recently noted an uptick in Christian nationalist sentiment being expressed by conservatives in the country. Some GOP members of Congress, such as Representatives Marjorie Taylor Greene of Georgia and Lauren Boebert of Colorado, have welcomed this trend. In 2016 and again in 2020, about eight in 10 white evangelical Christians cast ballots for Trump. Last-minute delay as NASA gears up for launch of...

Call of Duty will now steal your weapons if...

A Pandemic-Inspired Roadmap to Reduced Immigration

Here are some of the blockbuster movies coming this...

UK sandwich chain Pret A Manger to launch in...

Playing both sides in war: Trumpist hypocrisy and opportunism...

Girls face more pressure to be a perfect teenager

The Hill’s Morning Report – All eyes on Supreme...

Italy Steps Up Push to Wean Off Russian Gas...

WTO talks down to the wire with no major...

Indiana jury convicts man in slayings of woman, her...

How the Supreme Court Ruling Clouds Future for IVF...

Oil Majors May Be Stuck in Russia Despite Exit...

Tesla Jumps on Plan to Seek Approval for Another...

TurboTax and Coinbase want to convert your tax refund...

Star Wars: Galactic Starcruiser – The Next Step In...

County sheriff: Two dead in wildfire that ripped through...

Today in History: June 28, Treaty of Versailles is...

Love Island’s Jay: You have to stick to your...

Democrats ‘speak out of both sides of their mouth’...

Goodwill claims it was hit by data breach