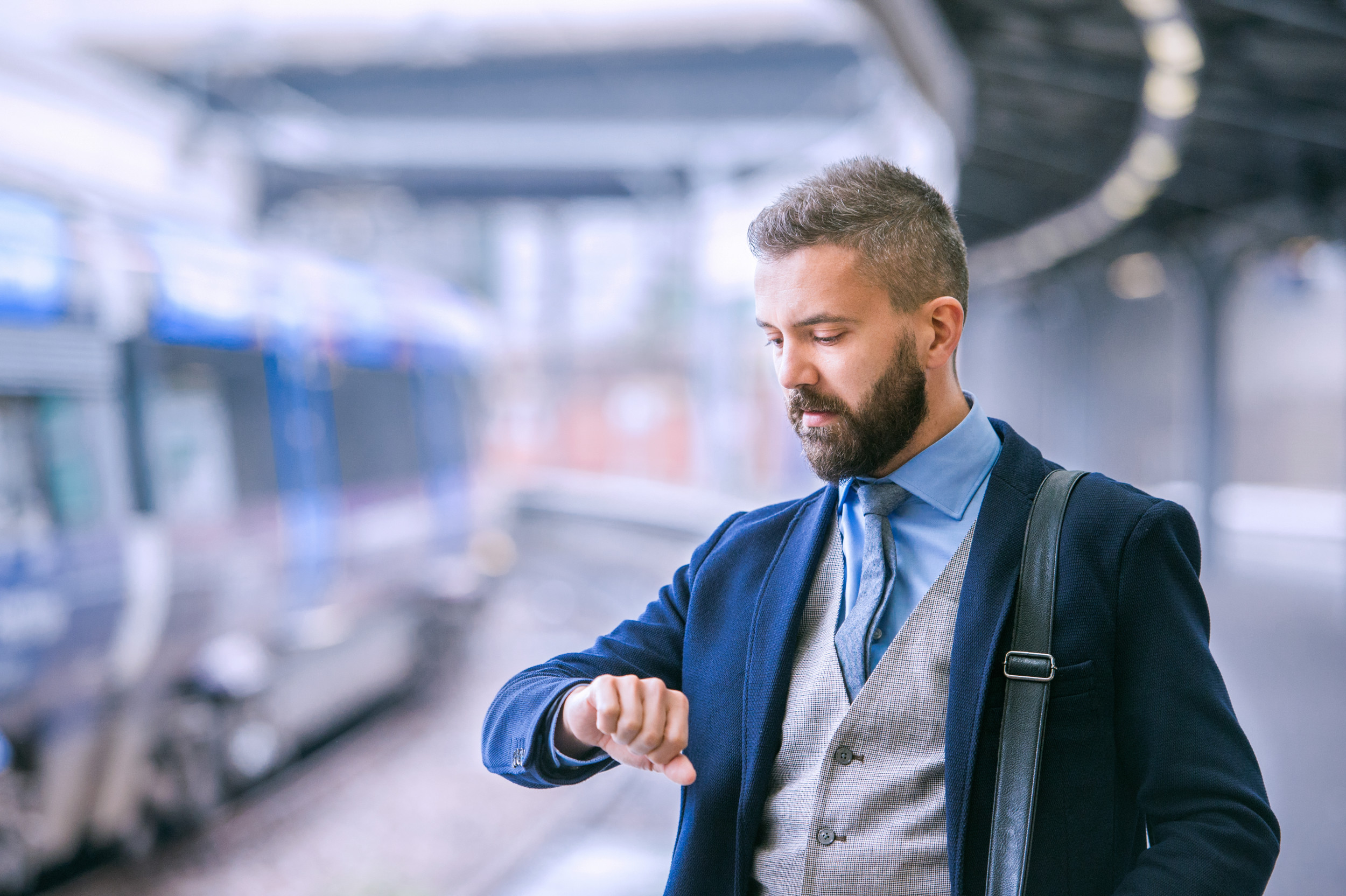 Space weather such as solar flares or coronal mass ejections could lead to trains across the world being delayed.

According to research from Lancaster University in the U.K., the electromagnetic interference caused by space weather could end up changing the signals on train lines.

“There have been very well-documented examples of space weather interfering with railway signaling in the last couple of decades in both Sweden and Russia, as well as strong anecdotal evidence from other countries (including the U.K.) in the last century and a half,” Cameron Patterson, a Ph.D. student at Lancaster University who researches this phenomenon, told Newsweek.

Stock image of a man waiting for a train. Space weather may result in train signals breaking, leading to delays.iStock / Getty Images Plus

Space weather includes solar flares, coronal mass ejections (CMEs), and solar winds, caused by large eruptions of electromagnetic radiation from the surface of our sun. Solar flares emit light and other electromagnetic radiation, whereas CMEs involve the ejection of plasma from the Sun’s outer corona layer. These events occur in active areas of the sun where the magnetic fields are particularly strong, and are normally completely harmless, unless they are aimed directly at us. When they are, however, it can have damaging effects on our infrastructure.

Our sun’s activity follows 11-year cycles, over which the frequency of solar events varies hugely. The last solar minimum was in December 2019, meaning that the sun is in the process of gearing up for Solar Cycle 25. Data from the National Oceanic and Atmospheric Administration (NOAA) shows that the sun is actually ahead of schedule to reach the solar maximum.

The researchers at Lancaster University have been investigating the impact of space weather on the lines from Preston to Lancaster and Glasgow to Edinburgh.

Patterson has developed a computer model of elements of the U.K. rail network, the results of which show that the U.K. grid is vulnerable to severe space weather effects. This data is in the process of being published.

“Space weather poses a risk to many infrastructure systems we rely upon today, including GPS and communications satellites in space and power grids, gas and oil pipeline and railways on the ground,” Patterson told Newsweek. “The disruption to railways occurs when solar storm conditions from the sun interact with our magnetic field, this causes electric currents to build up in the ground which find their way into grounded conductors such as railway lines. These currents then mix with the currents used to control railway signals and can confuse the system into giving false readings.”

Stock image of the Sun experiencing a solar flare. Space weather may affect train infrastructure on Earth.iStock / Getty Images Plus

According to Patterson, this could cause a green signal to turn red, i.e., to fail in a safe manner. On a busy network, that may cause problems and delays. However, the modeling also shows that it is possible under extreme conditions to drive a red signal to green, which could be extremely dangerous.

“Our future work is to understand more clearly how bad space weather would need to get to cause that to happen,” said Patterson. After FTX Collapse, Billions of Dollars Flee to Crypto’s...

Some Russian units begin to hunker down near Kyiv

The Crown season 5 sees the beginning of the...

ChEARs to 30 Years of the runDisney Walt Disney...

John Wall to be bought out, intends to join...

How to negotiate without negotiating

These keyboards offer ‘the fastest keystrokes in the world’...

‘It Is Absolutely Comprehensible … It’s Happened Over and...

Wimbledon: Britain’s Andy Murray knocked out in second round...

Surviving deadly tornadoes that tore through the southern US

Florida’s tussle with Disney wouldn’t have happened ‘if Bob...

Housing in Wales: Mother and baby placed in hotel...

COVID-19 linked to increase in US pregnancy-related deaths

A hospitable metaverse requires the basic building blocks of...

Nikkei gives up gains as caution kicks in before...

Democrats urge Clarence Thomas to recuse himself after wife’s...

Siesta Key Infringement: Did Chloe ‘Meddle’ In Juliette And...

Tomatoes have been gene edited to provide more vitamin...

Meta Quest Pro review: A next-gen headset for the...

Rio Dyer: Wales wing reflects on day he will...

What we know about the 5 Memphis police officers...

Prince Harry to appear on 60 Minutes next Sunday