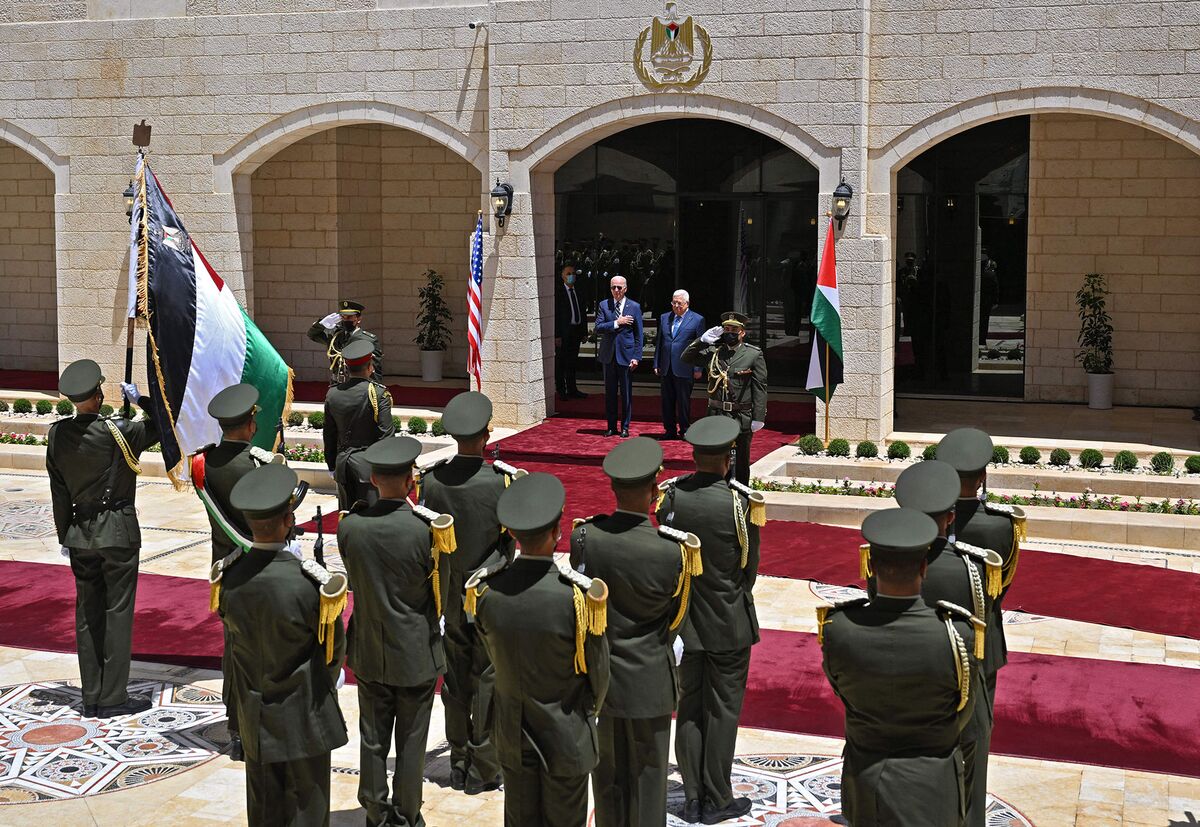 @middleeast for news on the region.

President Joe Biden will leave the Middle East this week with no public announcements on increasing oil supply, people familiar with the matter said.

Biden, who came to office vowing to turn the worlds biggest oil exporter into a pariah over the 2018 killing of Washington Post columnist Jamal Khashoggi, said he decided to make the trip to advance US interests and try and curb soaring gasoline prices, which have hurt him politically ahead of mid-term elections.

Biden heads to Saudi Arabia from Israel later on Friday, where hell meet with King Salman bin Abdulaziz and his son, Crown Prince Mohammed Bin Salman, the nations de-facto ruler. He will meet other leaders from the oil-exporting Persian Gulf on Saturday.

Officials from the US and Saudi governments have been in close contact on the issue of energy markets, and discussions will continue regarding output from members of the

OPEC+ cartel, one of the people said, asking not to be named because the discussions arent public. Its not clear if any side agreements will be struck that wont be announced.

All OPEC+ members, including Saudi Arabia, are still constrained by oil-production limits agreed at the outset of the Covid-19 pandemic in April 2020. To increase output beyond current quotas would require unanimous agreement.

Jake Sullivan, Bidens national security advisor, said earlier this week that the US president was confident he would make progress with Saudi and other Gulf leaders on guaranteeing a sustainable level of energy production from the region. He hasnt promised immediate results, however.

OPEC+ is scheduled to meet next on Aug. 3 to discuss its production policy for September and beyond.

The US benchmark is down about 8% this week, although not for reasons that any US president would welcome. Increased concern over an economic slowdown — and possible US recession — has driven the fall in prices.

EXPLAINER: Why US Sees Saudi Arabia Again as Partner, Not Pariah

With assistance by James Herron Biden admin to restrict agencies from using prior salary...

Reports of sexual assault and harassment increased at military...

Great international vacations for families in 2022

One fifth of UK households had ‘negative disposable income’...

‘So You Think You Can Dance’ judge Matthew Morrison...

Your Sunday US Briefing: From Jackson Hole to Pebble...

How the Ukraine conflict could redraw the world air...

Rishi Sunak: I will stand as an MP again

Elon Musk is ‘untrustworthy and brilliant,’ Americans weigh in...

Russia, Inflation, the Fed: What, Me Worry?

Kyle Rittenhouse is seeking return of the gun used...

Rifle used by Kyle Rittenhouse to be destroyed

McIlroy major drought goes on after another near-miss –...

CIA assesses it’s unlikely Havana syndrome is due to...