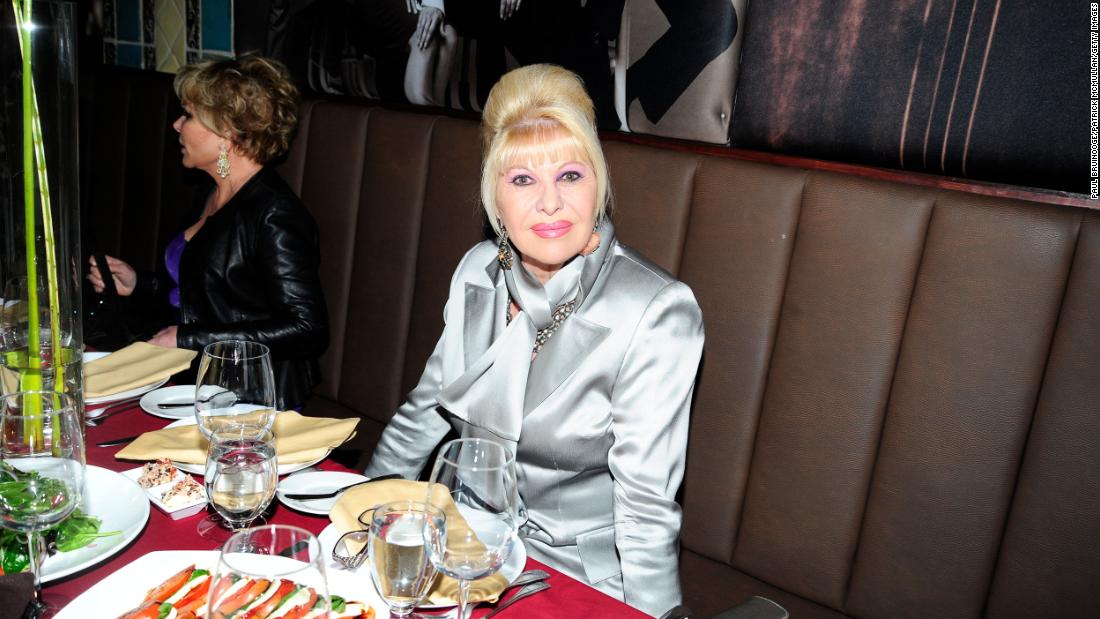 (CNN)Ivana Trump, an ex-wife of Donald Trump, has died, the former President posted on Truth Social.

There was no word on a cause. Ivana Trump is the mother of Donald Jr., Ivanka Trump and Eric Trump. She was 73.

“I am very saddened to inform all of those that loved her, of which there are many, that Ivana Trump has passed away at her home in New York City. She was a wonderful, beautiful, and amazing woman, who led a great and inspirational life. Her pride and joy were her three children, Donald Jr., Ivanka, and Eric. She was so proud of them, as we were all so proud of her. Rest In Peace, Ivana!,” Donald Trump posted.

Eric Trump also posted on Instagram, saying in part that Ivana Trump was “a force in business, a world-class athlete, a radiant beauty, and caring mother and friend.”

This story is breaking and will be updated. 11 Great Deals to Spoil Your Pet for National...

Should I Withdraw Money From My 401(k)? Retirement Account...

Small, mid-sized US police agencies reeling from loss of...

Polling places and poll workers threatened ahead of Election...

Toshiba independent director to vote for preparations to privatise...

Microsoft’s [email protected] is a big win for indie developers...

Now Is a Good Time to Update Your Recovery...

Elon Musk’s Political Cartoon Is Being Sold by Creator...

‘Stock up on blankets’: Ukrainians brace for bleak winter

EXPLAINER: At 100 days, Russia-Ukraine war by the numbers

New stats show how much of your job really...

Coons opposes sending US troops to Ukraine: ‘We would...

Europe Will Continue to Struggle With Gas Prices Even...

Facebook users may soon be able to create multiple...

Biden ‘has ceded the veto pen’ to European allies:...

ATF director says there’s “no one solution” to ending...

Texas state trooper fired for his response to Uvalde...

Cybersecurity expert cautions ‘Pegasus’ spyware that has ignited a...

Museum of the Year: Horniman Museum and Gardens named winner