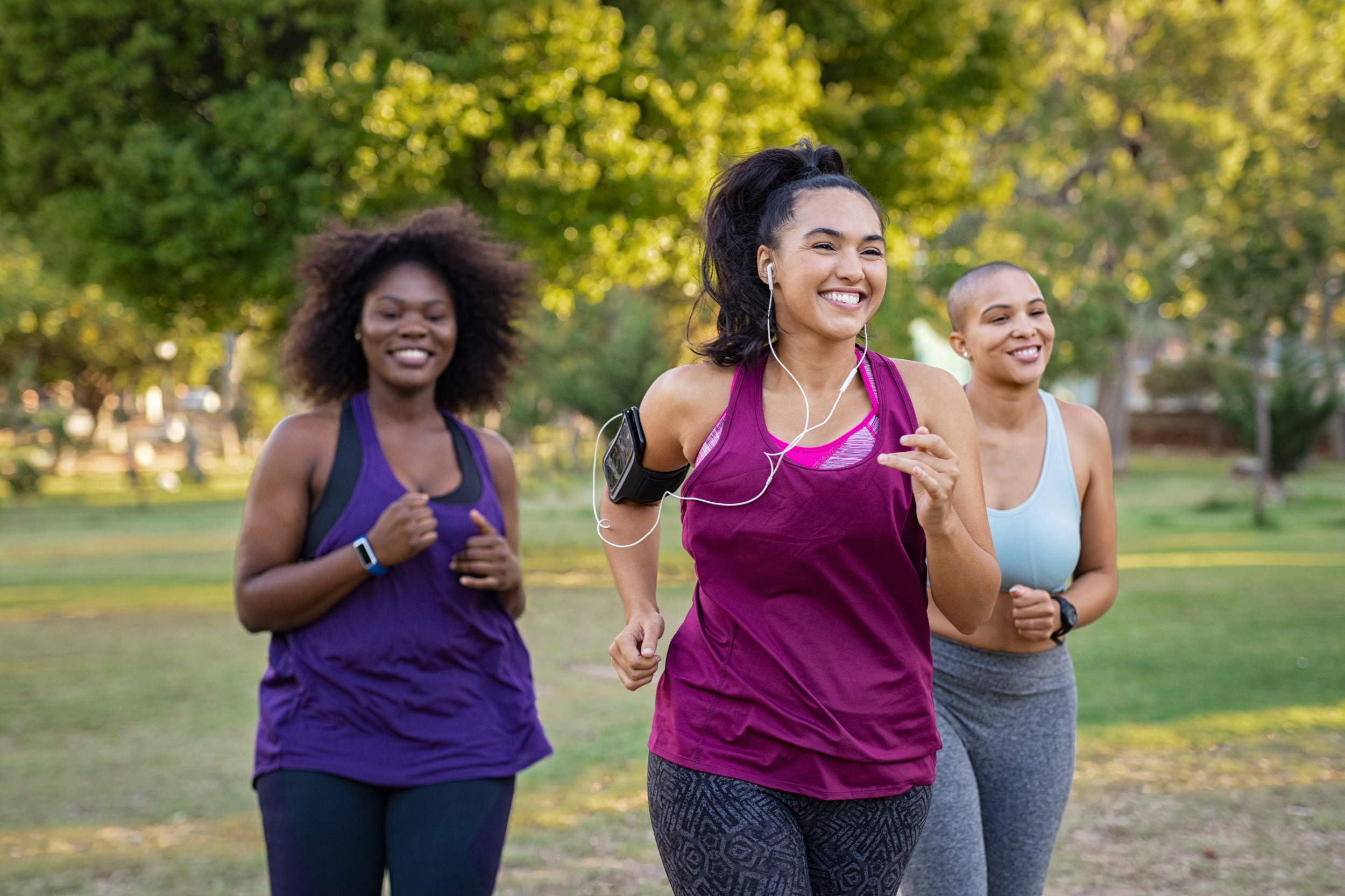 In a post going viral on social media, a bystander is being slammed after threatening to call the police on a group of women exercising in a “family park.”

Taken to Reddit’s r/AmITheA**hole forum, a woman under the username u/Good_Practice_8441 shared her story for the “AITA” to be the judge. The popular post has over 7,000 upvotes and 800 comments.

“So there’s a park w/ a playground in the middle,” the user began, “Me and two of my friends are trying to lose some weight and just look better bc I hit a whopper of a weight, we all kind of got porky over the past few years. We usually meet up to go on walks together and a few times a week we do some exercise at the park using stuff like hand weights, kettlebells, etc. But yesterday there was this woman with her kids at the playground and she kept looking over at us glaring and scowling. I didn’t notice but one of my friends did. After like 10 minutes of this she came over and started chatting which I thought was normal.”

The conversation took a turn when the bystander assumed that they were new to the neighborhood since it was a family park. The OP confirmed that they all weren’t new and told the bystander that the familiarity was the reason they came to the park.

The internet has slammed a bystander after she threatened to call the police on a group of women exercising at a “family park.” Ridofranz/iStock / Getty Images Plus

The OP argued that another woman across the park was wearing the same thing and asked why the bystander didn’t have any problem with her. The bystander responded with “you know why!”

The Reddit user was confused by the bystander’s statement, arguing that the woman wearing the same thing was over in the actual playground with her children and the OP and her friends weren’t near the playground.

The OP explained the conversation: “She got kind of like red in the face and was like ‘ONE OF YOU IS JIGGLING ALL OVER THE PLACE AND THE OTHER ONE ISN’T.’ I was like ‘OHHHHHH so your problem isn’t the clothes it’s because I’m fat?’ Bc yeah I’m 5’4 and 200lbs, lol of course I’m going to jiggle. She was like ‘i didn’t SAY that don’t put words in my mouth.’ I said ‘No but that’s literally what you were saying.'”

“She kept talking about it being a ‘family’ park and I was done with it and ready for the next exercise so I just said ‘Okay well all of that sounds like a YOU problem.’ She said if she sees us again she’s going to call the cops to report ‘public indecency.’ I just laughed and said ‘Okay, whatever Becky,'” she continued.

One of the OP’s friends sent her a screenshot of the bystander’s complaint on their local neighborhood app while also ranting about the inappropriate outfits people wear to parks where there are children present. The OP explained that the responses were “all over the place” but most were in favor of them.

Exercising is a fun and healthy way to stay in shape. Many people use sports as a form of exercise. According to Virtua Health, the best sports to help weight loss include swimming, running, rock climbing, Zumba, basketball, kickball and flag football. Other ways to lose weight are walking, cycling, weight training and yoga.

Are you looking for successful ways to lose weight? Mayoclinic.org recommends setting realistic goals like losing one pound a week or walking for a certain amount of time each day. Another way is to make sure you’re motivated enough to change your eating and activity habits. Remember to stay active during your weight loss journey and to enjoy healthy foods like fruits and vegetables.

“[Not the a**hole]. Wear an outfit to match your skin tone next time,” u/9okm wrote, receiving the top comment of over 11,000 upvotes.

“God forbid this woman ever takes her kids to a PUBLIC pool or a PUBLIC beach. Where women in BIKINIS ‘jiggle’ and there’s children all over,” u/should_be_sleepin exclaimed.

“[Not the a**hole]. I have kids of my own and we see people at the parks all the time in various states of dress for hiking, walking, running etc. As long as you’re not flat out naked then [I don’t give a f**k]” u/BorderlineNewb stated.

U/Holmes221bBSt said, “[Not the a**hole] at all. There are parks exactly like this where I live & some even have exercise equipment set up as it’s a multi use park. She was obviously shaming your body. Keep going & just ignore her. Let her call the cops, she’ll be fined for false reporting.”

U/MamaH1620 commented, “I can almost guarantee that ‘ThE cHiLdReN!’ she was so worried about hadn’t even noticed your ‘jiggling’ because they were busy playing, and this woman was the one bothered. Good for you trying to do something for yourself & good for you making her say it (that she was fat shaming you) out loud.” The Cabinet official who oversees national parks broke her...

Will Smith resigns from academy for slapping Chris Rock...

The Memo: Biden looks for way to win back...

Robots, Marines and the Ultimate Battle with Bureaucracy

UK’s Truss Stands By Vow to ‘Call Out’ Vladimir...

Manchester City: Phil Foden one of four players to...

Cost of Growing Food in US Is Set to...

Kentucky school shooter could walk free, or stay behind...

Malawi men jailed over murder of man with albinism

Gunmaker executives to testify to U.S. House hearing on...

Adobe makes $20B bet on a collaborative future with...

Return to the office: Can’t wait or dreading it?

Lavrov, at the U.N., pledges ‘full protection’ for any...

Ukraine war: What Severodonetsk’s fall means for the conflict

T-Mobile to fork out $350m penalty over infamous data...

Bruen is a Victory for the Second Amendment

The 7 queerest moments from an unforgettable Oscars ceremony

What Do Businesses Do If Sanctions Are Lifted?