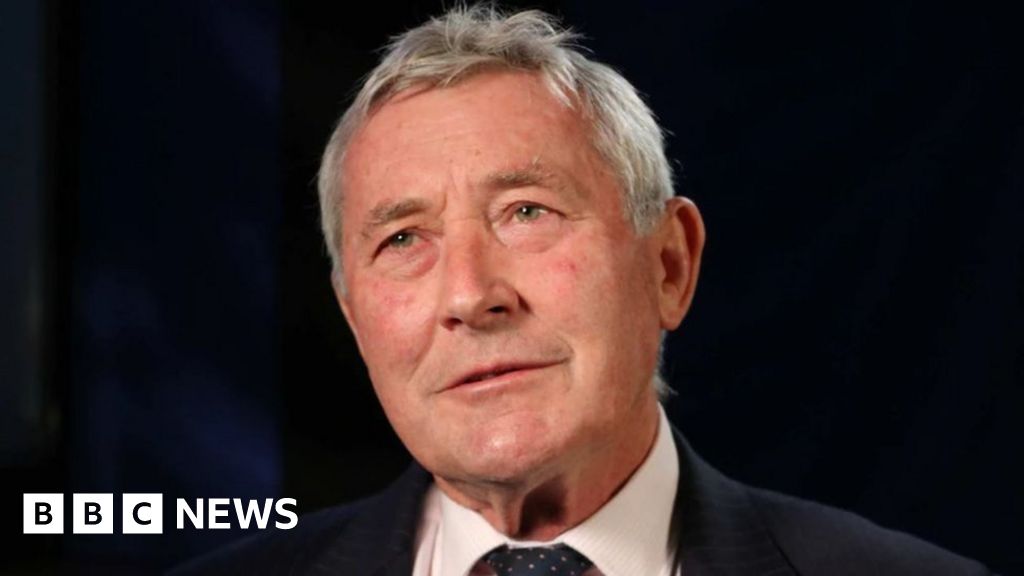 For a decade, Bernard Collaery has been at the centre of an extraordinary legal saga in Australia.

It involves one of the country’s biggest diplomatic scandals – a tale of spies, oil and accusations of greed.

An esteemed lawyer, Mr Collaery had been staring down a possible jail sentence for helping to expose allegations of Australian wrongdoing in East Timor.

But last week, the case reached an unexpected conclusion.

It all began in 2004, when Australia allegedly bugged the government offices of East Timor, one of its most impoverished neighbours.

It did so to gain the upper hand in negotiations over lucrative oil and gas reserves – and it walked away with a sweet deal.

“This is the most appalling and terrible thing that Australia has ever done… to another nation,” said Mr Watson, a director of Australia’s Centre for Public Integrity.

“And it is the most venal of all sins because we did it for money,” he told the BBC.

When East Timor found out in 2012 what Australia had done, it was furious.

Mr Collaery and his client – an Australian spy known only as Witness K – were the ones who told East Timor, prosecutors later alleged.

The tiny country went to Permanent Court of Arbitration at The Hague in the Netherlands to pressure Australia into reopening negotiations.

But as The Hague court prepared to hear the case, Australian police controversially raided Mr Collaery’s home and legal practice in 2013.

A brief prepared by Mr Collaery – who was acting for East Timor in their case – was seized, despite it being subject to legal privilege.

“Seeing any investigation of a lawyer for pursuing a case is absolutely extraordinary,” says Australian constitutional law expert Rebecca Ananian-Welsh.

Authorities also searched Witness K’s home and confiscated his passport, blocking him from travelling to the Netherlands to give evidence.

“This had nothing to do with national security,” Mr Collaery said at the time. “It was to find out what the case we had against them [was], and to hobble our witness.”

This only deepened the row with East Timor. Its then prime minister, Xanana Gusmao, called it “unconscionable and unacceptable conduct”.

“It is behaviour that is not worthy of a close friend and neighbour or of a great nation like Australia,” he said.

The case stalled for five years because the rare charges related to intelligence. This meant prosecutors required the permission of Australia’s attorney general to proceed.

But then came two major developments, observers say. Australia appointed a new attorney general, Christian Porter, in 2017, and signed a new and fairly negotiated deal with East Timor over the oil and gas reserves in 2018.

Within weeks, Mr Porter gave his blessing for charges to be laid against Mr Collaery and Witness K.

Mr Collaery was accused of conspiring to reveal classified information and sharing it with journalists. He decided to fight his case.

Witness K was also charged with one offence, but avoided jail in 2021 after pleading guilty.

The decision to prosecute provoked uproar in Australia’s legal fraternity and elsewhere. One MP said: “It seems that with the diplomacy out of the way, it’s time to bury the bodies.”

It also drew ire in East Timor – several leaders including Mr Gusmao blasted the move and promised to give evidence for the pair in court.

But Mr Porter denied it was a political decision, saying he was just following the independent advice of prosecutors to approve the case.

“External factors played no part in my consideration,” he said at the time.

Image caption, Throughout the case, demonstrators regularly protested outside court

Mr Watson says the decision was legally unsound and “politically stupid” – it would only see an embarrassing chapter for the government publicly rehashed.

Dr Ananian-Welsh also finds it “amazing” that it proceeded.

“Yes, he broke the law [but] sometimes people break the law in the interest of the law,” she says.

“We didn’t necessarily need to roll out a red carpet and give them medals it just simply wasn’t in the public interest to investigate, let alone prosecute them.”

Some in the legal professions believe it was an attempt to limit humiliation for Australia.

But the government insisted Mr Collaery’s trial should be held in secret to protect national security.

It sought to back up that argument with evidence they said was so sensitive that not even Mr Collaery or his lawyers could see it – just the deciding judge.

Their legal argument stretched for years with no ruling.

“I know of nothing which is a comparable example of closing the doors of open justice to the Australian public. This is a shameful episode,” Mr Watson says.

The secrecy deprived the public of the opportunity to scrutinise the government’s actions in Dili and impinged upon the procedural fairness afforded to Mr Collaery, advocates say.

“What’s interesting about this is that everyone kind of knows what happened,” says Dr Ananian-Welsh.

“So you’d have to ask yourself, how much about that operation really still needs to be kept secret to protect national security?”

After four years and scores of hearings, Mr Collaery was finally due to face trial in October this year.

But for the first time since the investigation began in 2013, the party responsible for the bugging is no longer in government, after losing an election in May.

Last week Australia’s new attorney general, Mark Dreyfus, withdrew support for the prosecution. He said he had given “regard to our national security, our national interest and the administration of justice”.

“This is an exceptional case,” he said.

Legal experts said the intervention was extraordinary because attorneys general – who are part of the government – cannot be seen to meddle with the judiciary.

“Political intervention in a prosecution doesn’t sit quite right with me. But this is the extreme scenario that needed it,” argues Dr Ananian-Welsh.

There are now calls for Witness K’s conviction to be quashed and his passport finally returned.

“Australia is taller, stronger, than a petty punishment of a good man who spoke his conscience,” Mr Ramos-Horta told ABC News.

In a statement, Mr Collaery said he had been buoyed by the community’s support for his case and “for ethical values”.

“This decision will allow me to move forward with my life and legal practice,” he said.

But cases like Mr Collaery’s have a detrimental effect on whistleblowing, says the Human Right Law Centre’s Kieran Pender.

Not all whistleblowers end up in court, but research shows most suffer other ill effects – such as being bullied, demoted, fired, or even sued.

“Given the potential consequences of speaking up, many Australians are staying silent in the face of wrongdoing,” Mr Pender says.

He argues laws which purport to provide protection to whistleblowers need reform.

But the biggest signal Australia can send to whistleblowers is to stop prosecuting them, Mr Pender says.

“It is truly remarkable that the only legal action taken to date in relation to Australia’s espionage against Timor-Leste, the potential war crimes of Australian soldiers in Afghanistan and misconduct within the Australian Taxation Office is for the whistleblowers to be put on trial,” Mr Pender says.

“It should not be a crime to expose wrongdoing.” Packers WR: Rodgers on ‘a whole different level’ than...

What we know about the Tulsa mass shooting victims

What does the SEC’s warning shot at crypto mean?

Crawling toward the metaverse – TechCrunch

What happened to the ‘housegirls’ in Kenya?

Your Steam Deck will be easier to repair, thanks...

EU tightens the leash on Google, Apple, Meta with...

Soaring inflation may mean lower tax bills for some...

‘House of the Dragon’: Release Date, Cast, Trailer and...

Hitting the Books: Modern social media has made misinformation...

Hospital delays: Calls for inquiry in the south west

TechCrunch Early Stage 2022 is back LIVE in San...

D23 Expo: Tune In Sunday for LIVE Updates on...

JBL put a smartwatch screen in a wireless earbuds...

Get Your Nursery Organized With These 9 Outstanding Products

Colombians head to polls in tightest election in recent...

As the economy shifts, what’s the best software customer?

More turn to UK food banks as food and...