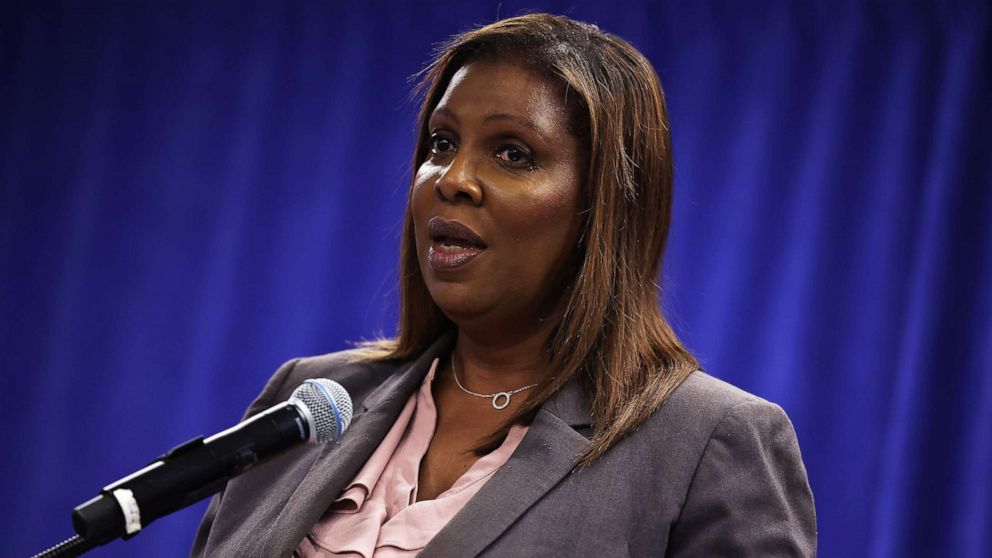 A Manhattan bar agreed Wednesday to pay $500,000 to current and former employees who said managers called them cows, remarked on their underwear and used racial slurs to refer to colleagues of certain origin, according to the New York Attorney General’s Office.

The bar, Sweet and Vicious in the Nolita neighborhood, maintained what the attorney generals office called a hostile and discriminatory workplace that subjected employees to sex discrimination, sexual and gender-based harassment and race and national origin discrimination.

The bar’s owner, Hakan Karamahmutoglu, was accused of making inappropriate comments regarding employees race, sexuality, bodies and appearances. Employees suffered unwelcomed sexual advances from managers and customers, according to the attorney generals office.

This settlement is a reminder that no matter the perpetrator, we will not tolerate sexual harassment, discrimination, or wage theft of any form in the workplace, said Attorney General Letitia James. For far too long, workers in the hospitality industry have been forced to weather a pervasive culture of sexual harassment and discrimination that has gone unreported.

The agreement is the culmination of a 16-month investigation into allegations against Karamahmutoglu and Sweet and Vicious. Documents, records and interviews with current and former employees revealed a pervasive culture of discrimination and repeated pattern of harassment, the attorney generals office said.

According to investigators, Karamahmutoglu routinely insulted female employees, calling them b—— and cows and scrutinized their appearance, commenting on their bodies and clothing. Multiple female employees were sexually harassed by male managers who made unwanted sexual advances, including an instance of an employee announcing the color of a female bartenders underwear and saying he wanted to engage her in a sexual manner as well as a manager repeatedly finding opportunities to rub himself up against a female employee.

Several female bartenders said they experienced frequent harassment by violent customers who would threaten to stab, rape and beat them.

I wish I could say this was the first time I was harassed by my employer in the service industry, or even the first time I’ve received a settlement for nonpayment of wages. This case is emblematic of intersecting national problems: the subjugation of workers, and sexual harassment of women in the workplace, said Veronica Leventhal, a former Sweet and Vicious employee. Sweet and Vicious is not an anomaly it is a prime example of how men with unchecked power take advantage of their employees.

In addition to paying $500,000 to the workers, the agreement requires the revision of anti-discrimination and harassment training materials and the display and distribution of notices regarding anti-discrimination and harassment rights and responsibilities. Sweet and Vicious will also be subject to periodic monitoring and oversight, including the submission of reports to the attorney generals office to certify compliance.

The time that I spent working at Sweet and Vicious has reinforced traumas that I will undoubtedly spend years trying to overcome in therapy. It was, without a doubt, the most abusive company that I have ever had the misfortune of working for, said a former Sweet and Vicious employee identified only as former employee No. 2. The racial, sexual and gendered humiliation and degradation that myself and my coworkers silently endured is more than anyone should ever have to experience while trying to earn a livable wage.

Karamahmutoglu responded to the allegations in a statement, saying in part: I am deeply distressed by the allegations as they do not reflect my perspective or character, and they do not reflect the attitude of the bar to its employees or customers. Many of the claims are simply untrue, or grossly misleading. I fully cooperated with the Attorney Generals investigation and I signed the settlement agreement to bring closure to this episode and to allow all parties to move on. Ive been a part of this community for more than 25 years. Sweet & Vicious has always strived to create a welcoming atmosphere for all of its employees, staff, vendors, and customers. We will continue to welcome everyone into a positive and inclusive environment. Those who know me will know that to be true, and I ask those who do not know me to not rush to judgment. Covid in Scotland: Exams ‘should go ahead as planned’,...

Your Saturday UK Briefing: An Orderly Queue and a...

WHO chief, facing criticism, makes case for another term

US ranked 27th least corrupt country in the world

WHO’s Africa Hub Aims to Have its Covid-19 Vaccine...

Pompeo calls for US to recognize Taiwan as ‘free...

Daunte Wright’s mother, officer clash after she stops to...

Odd Lots Newsletter: This Is What Regime Change Looks...

Propping up the conspiracy theorists

BNSF: Rail accident victims should have to use arbitration

A Look at the Markets, Ukraine, and Meta (Podcast)

How To Make a President Funny

Year of the Dog: Film shows ‘lifeline’ between homeless...

Worcestershire: Another change of structure planned at New Road...

Man charged with rape of girl, 10, who traveled for abortion