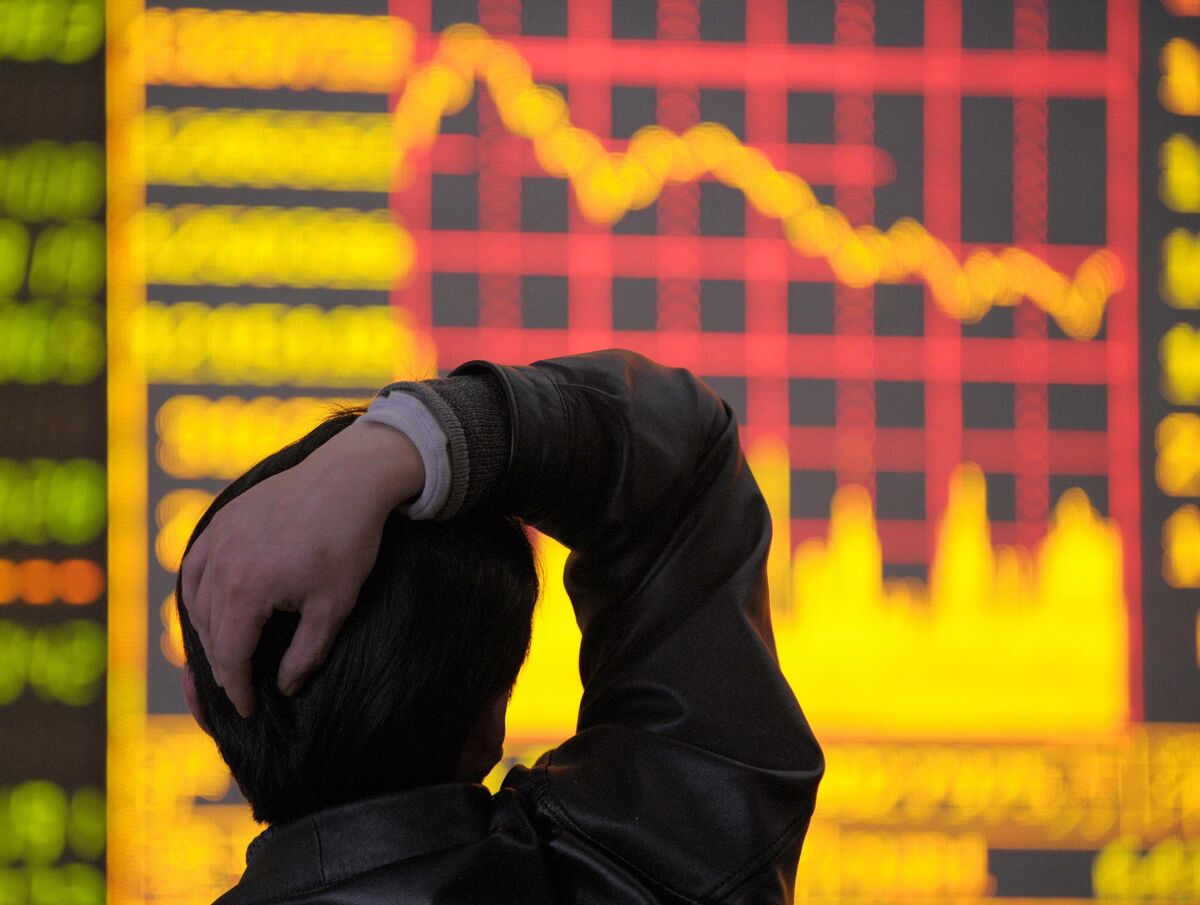 Chinas tech stocks headed for a second day of declines as concerns over further regulatory probes into the countrys internet giants and losses in the broader sector dampened sentiment.

The Hang Seng Tech Index fell as much as 2.8% after tumbling 3.9% on Monday, taking declines from a June peak to 12%. Alibaba Group Holding Ltd. was among the biggest drags on the gauge, down as much as 6.1%. A regional gauge of tech stocks was down as much as 2.3%.

Fines on Alibaba as well as Tencent Holdings Ltd. over the weekend have revived worries that a year-long crackdown on private enterprise may still have legs. A fresh virus

outbreak in Shanghai is adding to the pressure as traders brace for new restrictions just weeks after the city exited a lockdown.

While the fines were negligible, said Redmond Wong, a strategist at Saxo Capital Markets, the penalty reminded investors about regulatory risks over Chinese internet companies.

The Hang Seng Tech Index is on track to enter into a technical correction and test its 100-day moving average. The daily price average had worked as a major resistance for the index since March 2021 when it slipped below that line.

Investors will likely be keeping tabs on the upcoming earnings season to figure out the extent of recent lockdowns on the mainland on the bottom line. Still, this weeks quick pullback – some of which traders attributed to profit taking – shows that investors remain cautious on the sector.

Other China stock gauges were also in the red on Tuesday. The CSI 300 Index was down as much as 1.3% while the Hang Seng Index lost 1.6%

With assistance by John Cheng, and Abhishek Vishnoi Microsoft replaced as the most-phished company by a surprising...

GOP bill in Florida would ban abortions after 15...

Energy Secretary says administration is working on relief for...

Southwest Air CEO Weighs In Again on Masks, This...

Curious About 3D Printing? Here Are Some Tips Before...

Tickets to Adele’s Las Vegas Residency Cost as Much...

Rudy Giuliani to testify before grand jury Wednesday in...

Glasgow School of Art: Can the Macintosh building and...

Official: 25,000 asylum-seekers kept out of Greece in August

Platinum Jubilee: Bangor gets city status as part of...

Conor McMenamin: NI forward reinstated to squad after being...

Yellowstone adds indoor mask mandate due to rise in...

Where Parents Can Get Help with Climate Anxiety

All Of The Famous Cast Members In ‘Only Murders...

Biden Tells Xi What Happens If He Backs Putin,...

US swimmer Alvarez saved from drowning by coach –...

1 dead and multiple injured in shooting at Maryland...

Judge temporarily halts trigger law that was set to...

China to Restore Didi to App Stores Soon as...