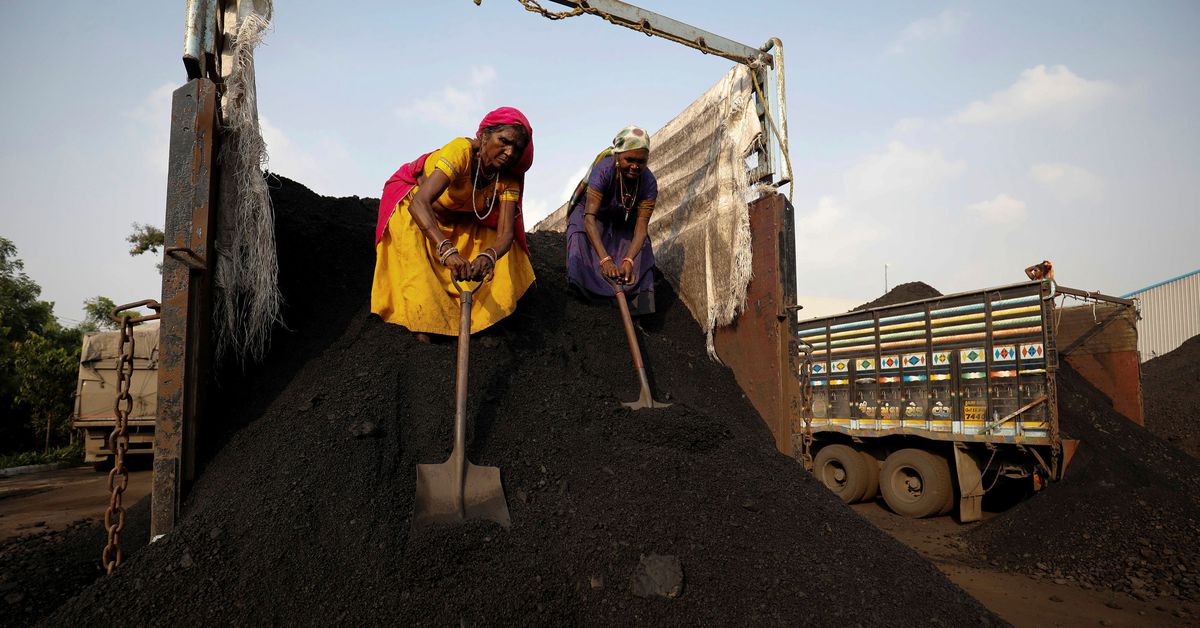 NEW DELHI, July 11 (Reuters) – India’s coal imports hit a record high in June despite high global prices, data from three trade sources and Refinitiv ship tracking showed, as economic activity picked up and amid a domestic shortage of the fuel.

India imported over 25 million tonnes of thermal coal and coking coal in June, rising by over a third compared with the same period last year, data from consultancies Coalmint and Kpler, and trader I-Energy Natural Resources showed.

Coal accounts for nearly three-fourths of India’s power output, and utilities account for over 75% of India’s coal consumption.

The energy-hungry nation’s annual power demand is growing at the fastest rate in at least 38 years and high global coal prices, amid the Russia-Ukraine crisis, are straining the finances of debt-laden government-run utilities.

Shipments from other top suppliers Australia and South Africa were lower compared with the same period last year but higher compared with imports in May, the Kpler data showed. Imports from the United States fell to the lowest in four months.

Indian coal imports are expected to increase in the coming months. State-run Coal India (COAL.NS) has placed orders to ship in at least 12 million tonnes over the next twelve months to address shortfalls at utilities. Indonesia expects higher demand from India.

However, overall coal shipments this year are yet to exceed pre-COVID levels, I-Energy data showed. Total imports in the Jan-June period were 119.5 million tonnes, 0.6% lower than 2019, the data showed. Google clamps down on illegal loan apps in Kenya,...

Sean Davis: Musk Is Taking Over A Social Media...

Balance of Power: No Clear Signal for Putin’s Next...

Man charged with murder in Minnesota shooting that killed...

Can high-tech air filtration systems lower the risk of...

What new cameras and lenses will launch at the...

A.I. is solving traffic problems to get you where...

The Risks of Being Pregnant While Infected With Covid

Dobbs v. Jackson Will Have an International Impact |...

Talks on new UN climate report going down to...

NASA will test Alexa voice control aboard the Artemis...

Olive oil prices could skyrocket as a drought and...

In one of the poorest slums in Argentina, families...

Three easy steps to making friends as an adult,...

DuckDuckGo makes its Mac browser beta open to all

Sony has made its PS Plus classics much more...

Scott Johnson: conviction for murder of gay US student...

Trump fires back at Ivanka, Bill Barr over Jan....

How is each Big Ten team represented in the...

EU, Egypt Near Gas Supply Deal in Shift Away...