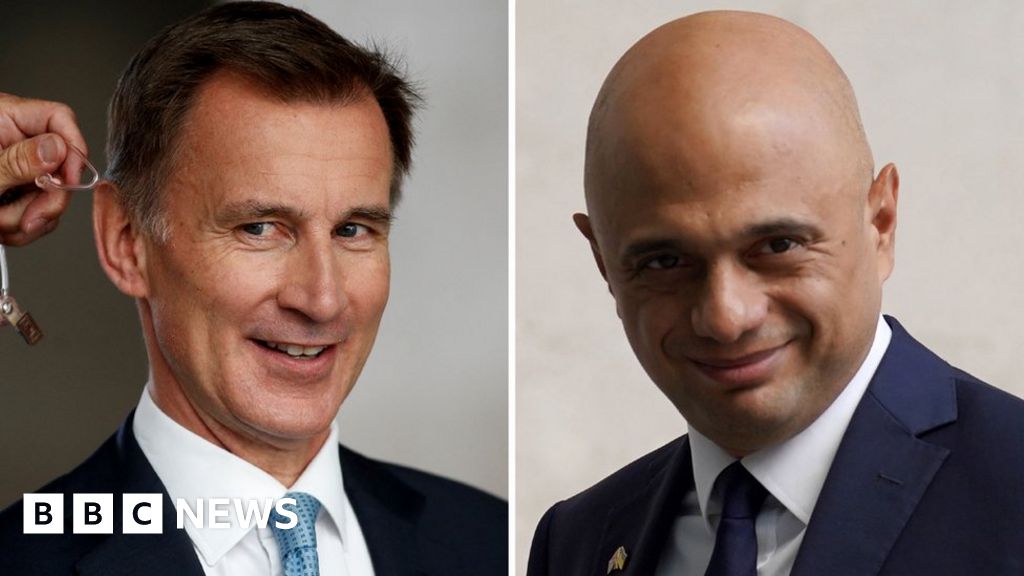 Two candidates in the running to become the next prime minister have said no to a second independence referendum within the next ten years.

Former ministers Sajid Javid and Jeremy Hunt told BBC News at least a decade should pass before the question is asked again.

The Scottish government plans a vote on the issue in October next year.

SNP Deputy Leader Keith Brown said granting a legal referendum would be “a good start” for the new leader.

Nicola Sturgeon announced last month that she wanted Scotland to have another vote on independence on 19 October 2023.

Scotland’s top law officer has also referred a bill to the UK Supreme Court to clarify whether the Scottish Parliament has the power to legislate for a referendum without agreement from Westminster.

If the court rules the matter is outwith the powers of Holyrood, Ms Sturgeon has suggested she would make the next general election a “de facto” independence vote.

When asked on the BBC’s Sunday Morning programme if he would allow another referendum, one of the declared Conservative leadership contenders Jeremy Hunt said: “Not in the next 10 years.”

Responding to the same question in a later interview, Sajid Javid said: “The last one was for a generation and the generation hasn’t changed, so no.

“Not forever, but not at least for a decade.”

Another leadership candidate Tom Tugendhat was less willing to be drawn on the subject.

He said the UK was more a Scottish union than an English one.

On BBC Scotland’s The Sunday Show, he said: “Scotland has been essential to the Union right from the beginning.

“In many ways, this is a Scottish union more than an English one.

“It’s all about the ideas that so many people across these islands have generated together and the way that they’ve spread around the world and develop the new form of liberty that we’ve seen spread over the last 70-80 years.

“These are in many ways Scottish ideas.”

When asked if the Union was a voluntary one, Mr Tugendhat said “of course” it was and that there were no rules stopping one country from leaving.

But he then added: “What the Tories are saying, simply, is you can’t keep asking the same question hoping for a different answer.”

He went on to describe the recent push as a “cheap political play” by the SNP to distract from the fact they are “failing” on education and healthcare.

Pressed on under what circumstances he would grant the request for powers to be devolved to hold a referendum, the chairman of the Commons Foreign Affairs Committee said he would not be drawn on “hypotheticals in the future”.

The SNP’s deputy leader, Keith Brown said he would judge the leadership contestants on their attitudes to independence.

Image caption, Keith Brown urged the new leader to get off to a good start with Scotland by granting an independence referendum

He said granting the Section 30 order required for another referendum would be a “good start” in repairing the fractured relationship between the UK and Scottish governments.

“One of the fundamental tests will be whether they’re willing to recognise the will of the Scottish people,” he said.

“Whether they are now willing to say ‘of course we’ll have an agreed referendum’, that would be a very good start for whoever takes over.”

Both Mr Tugendhat and Mr Hunt have been vocal critics of the prime minister in previous months.

5 best accent chairs for adding a pop of...

Political messaging on the war in Ukraine

Scots parents return from holiday to find son is...

Volkswagen to pay out £193m in UK ‘dieselgate’ settlement

Zelenskiy’s Message at The Grammy Awards

How to Use Tech to Perform Acts of Kindness

Logan Mwangi: Boy, five, could have survived for hours

Ukraine invasion: The children with cancer fleeing war at...

Miller Contradicts Himself, Says Trump Did Not Order to...

Google Pixel phones might soon get a serious search...

Peter Schiff trying to save Puerto Rico bank under...

Brooke Eden learned to love herself after falling in...

Singapore Versus Hong Kong: Which City Is Best for...

US spy satellite launched into orbit from California

Queen gets her own Barbie for Platinum Jubilee

2nd election for Amazon workers in Alabama will be...

FAFSA season starts: What you need to know for...

Three Million Britons Were Off Work Sick in the...

Euro 2022: Behind the scenes in England’s camp

Woman killed in crash between car and pedicab in south London