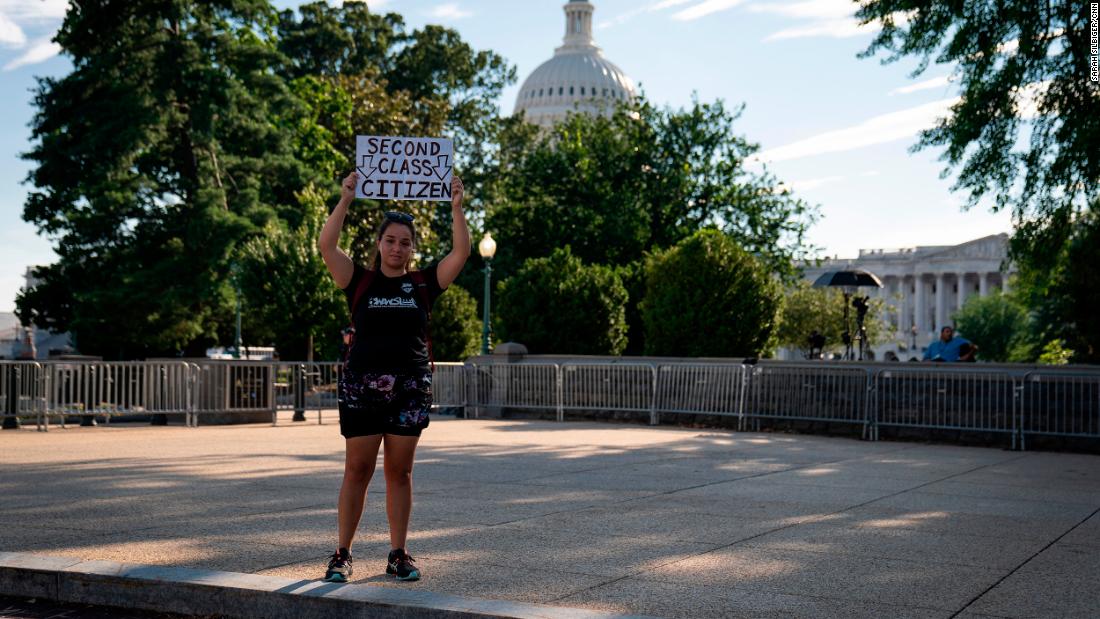 Brad Snyder is a professor of law at Georgetown University Law Center and the author of a forthcoming biography of Felix Frankfurter, “Democratic Justice” (Norton, August 2023). The opinions expressed in this commentary are his own. View more opinion at CNN.

The Dobbs majority invokes Brown v. Board of Education to justify its decision to overrule Roe and Planned Parenthood v. Casey. Conservative supporters also use Brown as a shield against liberal critics: Senate Minority Leader Mitch McConnell responded to the Dobbs decision by saying, “The Court has corrected a terrible legal and moral error, like when Brown v. Board overruled Plessy v. Ferguson.”

Their reliance on Brown, however, is misplaced.

As Chief Justice John Roberts observed in his concurring opinion in Dobbs, the landmark Brown ruling does not offer “a template for what the Court does today.” Indeed, the Court’s decision in Brown was nothing like Dobbs.

First, Brown was a minimalist decision limited to education. It did not — contrary to statements in the majority, concurring and dissenting opinion in Dobbs — overrule Plessy v. Ferguson. Plessy was an 1896 decision upholding a Louisiana law about racially “separate but equal” railroad cars. Brown, however, merely held that Plessy’s “separate but equal” doctrine “has no place in the field of public education.”

If anything, Brown silently overruled the Court’s 1927 decision in Gong Lum v. Rice upholding the Mississippi school board’s refusal to admit Martha Lum, a Chinese American girl, to the state’s all-White public schools. In fact, the Court overruled Plessy several years after Brown, through a series of unsigned decisions during the mid-to-late 1950s outlawing racially segregated public accommodations including beaches,golf courses, and buses.

Second, as the Dobbs dissent observed, Brown was based on changing factual circumstances — the importance of compulsory public education in American life since the ratification of the Fourteenth Amendment in 1868. “In approaching this problem,” the Brown Court wrote, “we cannot turn the clock back to 1868, or even to 1896 when Plessy v. Ferguson was written. We must consider public education in the light of its full development and its present place in American life throughout the Nation. … Today education is perhaps the most important function of state and local governments. Compulsory school attendance laws and the great expenditures for education both demonstrate our recognition of the importance of education to our democratic society.”

Third, as the NAACP’s legal team revealed, the “separate but equal” doctrine was completely unworkable. NAACP special counsel Charles Hamilton Houston and his protegé Thurgood Marshall chipped away at “separate but equal” by suing states with all-White graduate and professional schools and no separate schools for Black students.

In 1950, the Court ordered Heman Sweatt’s admission to University of Texas’s all-White law school based on intangible factors such as the prestige of the school and its prominent alumni base, which made the University of Texas superior to any makeshift state-run law school for Black students. By focusing on those intangibles, the Court basically acknowledged that separate but equal could never be equal for the purposes of the Fourteenth Amendment.

Fourth, the main argument in favor of the “separate but equal” doctrine was a history and tradition test embraced by the Dobbs majority. At the 1952 oral argument in the South Carolina school segregation case paired with Brown v. Board Education, Thurgood Marshall explained that the states had offered no reasonable basis for infringing on the equal rights of its Black schoolchildren by sending them to separate schools.

The state of South Carolina’s lawyer, John W. Davis, countered that the framers of the Fourteenth Amendment did not intend to outlaw racially segregated schools. As proof, Davis observed that the 39th Congress voted to keep the District of Columbia’s schools racially segregated at the same time it passed the Fourteenth Amendment. In Brown, however, the Court relied on a memorandum by Justice Felix Frankfurter’s law clerk Alexander Bickel and avoided the complex history by declaring it to be “inconclusive.”

Fifth, the text of the Fourteenth Amendment was not read narrowly in Brown. In 1956, Brown’s congressional opponents argued in the “Southern Manifesto” that the decision was illegitimate because the text of the Fourteenth Amendment did not mention education. As Bickel responded in the New Republic, the Constitution does not mention the Air Force, either. Or, one might add the right to travel, contraception, interracial marriage, live with grandparents, same-sex marriage and, dare I say, abortion.

The Dobbs majority’s argument that abortion is not in the text of the Fourteenth Amendment and therefore not constitutionally protected is the same kind of red herring argument embraced by Brown’s opponents.

Finally, as Chief Justice Roberts observed in his Dobbs concurrence, Brown was unanimous. All nine justices signed on to it. Indeed, the Court’s decisions outlawing racially separate but equal schools were unanimous both before and after Brown from 1948until 1971. They were not the product of a single presidential election or a few newly-confirmed justices. These decisions represented the received wisdom of justices nominated by presidents from Franklin Roosevelt to Richard Nixon.

At bottom, Brown v. Board of Education fulfilled the Fourteenth Amendment’s promise of equal citizenship. The Amendment’s first sentence overruled the Court’s infamous 1857 decision in Dred Scott v. Sandford that Blacks were not citizens for the purposes of the Constitution. The language — “All persons born or naturalized in the United States, and subject to the jurisdiction thereof, are citizens of the United States and of the state wherein they reside” — protects men, women, and children of all races.

The question is whether the Supreme Court — by overruling Roe and Casey — has enforced the Fourteenth Amendment’s guarantee of equal citizenship. That’s what the nine justices on the Warren Court unanimously did for people of color in Brown. It does not seem remotely similar to what five justices did for women in Dobbs. 911 caller says that his girlfriend’s sister killed their mother

New York ended a religious workaround for school vaccines. Parents are trying something else.

Donald Trump, eldest children to give depositions in real...

Roe Will Force the ‘Barstool Conservatives’ to Choose

Biden is playing dumb about how he made millions...

In the Ketanji Brown Jackson hearing, judicial philosophy and...

How the Queen’s fashion choices are still used to...

Xbox Game Pass family plan is real and will...

The Queen’s funeral in pictures

The future of web hosting: 5 things to look...

How Europe Could Undermine Vladimir Putin’s Plan To Hold...

Philadelphia: 13-year-old boy shot in the head is in...

Western Digital could be set to split

Progressive Overreach Is Creating Lawlessness. A Cleveland Cop Is...

The real way Facebook knows so much about you...

NFT Collection Failures Begin to Mount in Flashback to...