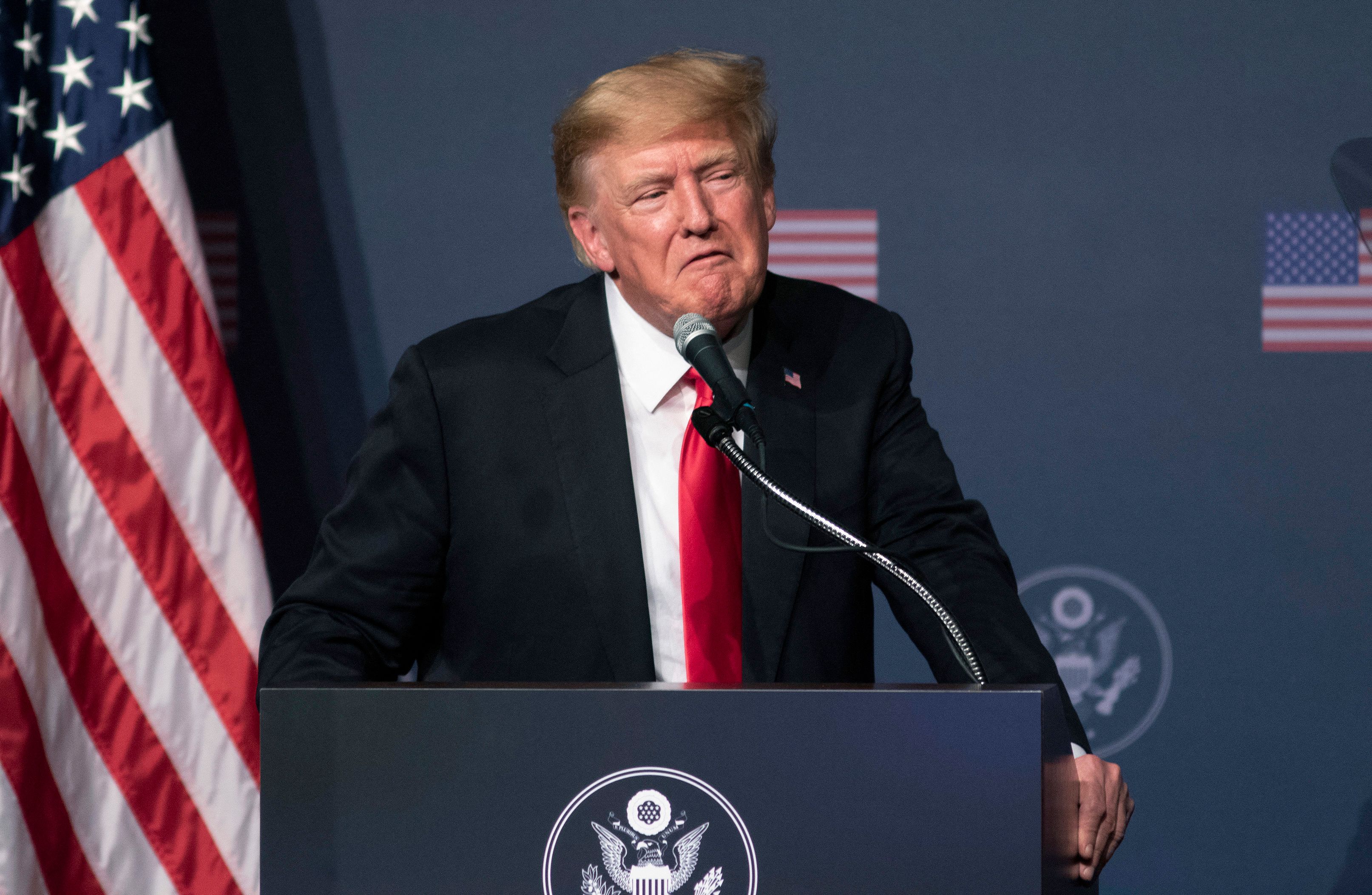 Christina Bobb, an attorney who has supported Donald Trump’s legal challenge to overturn the 2020 election, has suggested a scenario in which the former president could be reinstated after the midterm elections in November.

Bobb told the conservative news outlet the Right Side Broadcasting Network (RSBN) what she thought could happen in states in which there was “evidence that Joe Biden cheated” in the election Trump and his allies have continuously claimed was fraudulent.

“They could withdraw their electors, or they could actually decide to award Trump electors, although I would anticipate they will probably just withdraw the electors,” she said.

“It is a complex issue that needs to be handled complexly by different state legislators and U.S. Congress, I actually think that it’s designed well, because you don’t want this to be something that you can quickly easily overturn elections,” she said.

“It needs to be something that you need many, many elected officials to take action on,” and the “majority of three different legislators.”

“I don’t know if this Congress would take action on it, however after 22…there might be, who knows?” she added, referring to the aftermath of the midterm elections in November, which could see Democrats lose seats.

The clip was tweeted by Ron Filipowski, an attorney who tracks conspiracy theories. He wrote that Bobb “says things are in the works to overturn the 2020 election and possibly reinstate Trump.

“She says the plan is for 3 states to decertify their results and send resolutions to the next Congress after the midterms to overturn the results,” he added.

Dozens of court cases and recounts state by state have verified Biden’s victory, while Trump’s own Department of Justice found no evidence of fraud in 2020 after extensive investigations.

Trumps attorney Christina Bobb tonight says things are in the works to overturn the 2020 election and possibly reinstate Trump. She says the plan is for 3 states to decertify their results and send resolutions to the next Congress after the midterms to overturn the results. pic.twitter.com/su99w9VmzW

It comes as drop boxes became the new front for Trump and Republicans pushing unfounded claims of a rigged election. The conservative-controlled Supreme Court in Wisconsin ruled on Friday that absentee ballot drop boxes, which Trump and his allies claim facilitate cheating, can only be placed in election offices and that only a voter can return a vote in person.

It spurred Trump to write on his Truth Social account that the court’s decision showed “I won the very closely contested (not actually) Wisconsin Presidential race because they used these corrupt and scandal-ridden Scam Boxes.” There is no evidence that the vote in Wisconsin, or anywhere else in the U.S. was fraudulent.

The new voting restrictions in Wisconsin are expected to impact Democrats more and come amid changes to election rules being pursued by GOP legislatures, most of which are fueled by the claims about the 2020 election. Netflix: How did the streaming service turn its fortunes...

The Station: How ADAS is failing drivers, Luminar’s lidar...

World Cup: Drakeford has no regrets over Qatar hotel...

Covid: Voter anger over lockdown parties, and is pandemic...

The Mighty Ducks: Game Changers has found a new...

Deal or no deal? Senate clocks in early to...

MoneyWatch: Americans owed more than $1.5 trillion on their...

Arkansas police ask for witnesses to shooting at car...

Boris Johnson May Visit Saudi Arabia for Talks on...

The clash of organizational transformation and linear thinking

European peace seems as fragile as ever

Opinion | The GOP is the Self-Loathing Party

Gorgie Farm will not be turned into shops or...

338Canada: Trudeau, Poilievre and a standstill battle for momentum

‘Wait and watch what he does’: Zion Williamson shines...

The Amazon sales could be a great chance to...

The ‘Mortal Kombat’ movie is getting a sequel

Panic at the supermarket as Shanghai forces residents into...

Move over Picasso, watching this robot paint a car...

US Inflation Expectations Drop Sharply Across All Time Horizons

Arctic Storm hits US and Canada

‘Lords of war’: DOJ lays out case that Proud...

How Imelda Staunton Compares to Claire Foy and Olivia...

Somalia can’t “wait for famine to be declared, or...