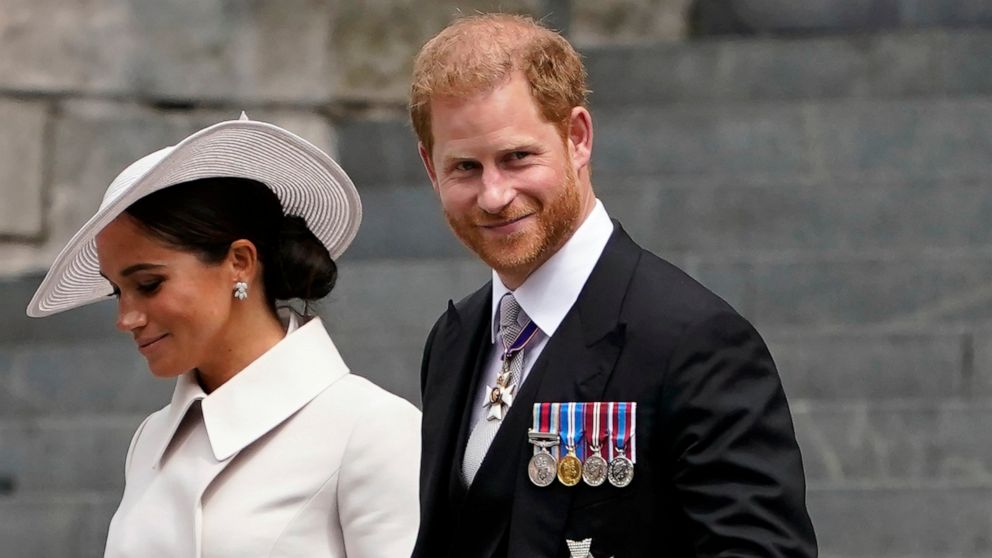 LONDON — Prince Harry won the first stage of a libel suit against the publisher of Britains Mail on Sunday newspaper as a judge ruled Friday that parts of a story about his fight for police protection in the U.K. were defamatory.

High Court Justice Matthew Nicklin hasnt yet considered issues such as whether the story was accurate or in the public interest, defenses that the newspaper will be able to offer in the next phase of the proceedings.

The suit revolves around the newspapers coverage of a separate High Court action Harry filed in an effort to force authorities to provide police protection for the prince and his family when they are in the U.K. The government withdrew the familys round-the-clock protection when Harry and his wife, Meghan, gave up front-line royal duties and moved to California.

On Feb. 20, 2022, the Mail on Sunday reported that Harry sought a far-reaching confidentiality order to keep the details of his action against the government secret. Despite public statements by his spin doctors that the prince had always been willing to pay for police protection, that offer wasnt made in his initial bid to overturn the government’s decision, the newspaper said.

Harry claims that the Mail on Sunday libeled him when it suggested that the prince lied in his initial public statements about the suit against the government and that he cynically tried to confuse the public by authorizing his representatives to put out false and misleading statements about his willingness to pay for police protection.

Nicklin ruled that natural or ordinary meaning of the article was defamatory. But he stressed that the decision didnt apply to other issues in the case.

This is very much the first phase in a libel claim, the judge wrote in his decision. The next step will be for the defendant to file a defense to the claim. It will be a matter for determination later in the proceedings whether the claim succeeds or fails, and if so on what basis.

Follow the APs coverage of Prince Harry at https://apnews.com/hub/prince-harry

Iran protests: Alarm at crackdown by security forces in...

NHTSA deepens its probe into Tesla collisions with stationary...

Artemis I is NASA’s moonshot mission to kickstart a...

The ruthless world of campaign endorsements

Mexican bishops to put photos of dead priests in...

Meta urged to pay reparations for Facebook’s role in...

German court convicts IS returnee who took daughter to...

Ericsson to wind down business activities in Russia over...

Doctors and scientists call on Spotify to create misinformation...

A Mexican network is smuggling abortion drugs to American...

Oil Rebounds Above $100 After Plunging on Recession Concerns...

Ukraine nuclear reactor shut down due to shelling, operator...

Samsung teases next Galaxy A Series phones – and...

Texas man executed for 2003 strangling death of his...

Lego is discontinuing its Mindstorms robotics kits by the...

The Senate’s Supreme Court peacekeeper prepares for his moment

‘I always thought the glass was half-full’: AC/DC frontman...

Meet the man behind one of Ukraine’s biggest crowdfunding...