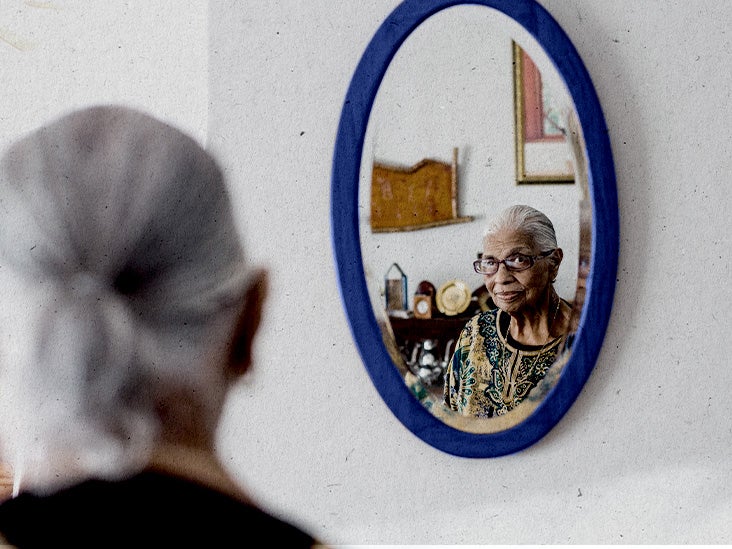 Alzheimers disease is a form of dementia that initially causes memory loss and cognitive decline. The disease may eventually progress to the point where someone loses all cognitive function.

According to a June 2022 study published in Alzheimers Research & Therapy

, there are two drugs with prior Food and Drug Administration (FDA) approval that may be beneficial for people with Alzheimers disease. The drugs, imipramine and olanzapine, are already used to treat psychiatric conditions.

A research team from the University of Colorado Anschutz Medical Campus in Aurora led the study.

While Alzheimers can affect younger people, including people in their 30s and 40s, this is not common. Alzheimers typically occurs in people ages 65 and older.

The National Institute on Aging (NIA)

includes some of the following signs and symptoms of Alzheimers:

Scientists do not fully understand what causes Alzheimers, but some think that a combination of genetic and environmental factors may lead to developing the disease.

, which they hypothesize could reduce someones chance of developing Alzheimers.

We then looked into the huge National Alzheimers Coordinating Center database and asked what happened when someone was prescribed these drugs for normal indications but happened to be Alzheimers patients, said Huntington Potter, PhD, professor of neurology and director of the CU Alzheimers and Cognition Center at the University of Colorado Anschutz Medical Center.

Potter and his team observed that Alzheimers patients who took imipramine and olanzapine, compared to other antidepressant and antipsychotic drugs, saw improvements in cognition that could help reverse the progression of the disease.

The researchers next looked at biological sex to see whether there is a difference in how men and women respond to the cumulative effects of taking imipramine. Their calculations showed that men between the ages of 66.5 and 88.5 years saw the most benefit.

The authors wrote that taking imipramine for a long period of time increased the incidence of reversion to a better clinical diagnosis for men. While women also saw an improvement, the authors note that it was not statistically significant compared to men.

This could be another important step in finding new treatments for dementia, Dr. MacLaren commented.

Dr. MacLaren acknowledges that more research is needed and noted a positive for using these two medications in patients with Alzheimers.

The advantage is that both imipramine and olanzapine have been around for a very long time, and so we know they are safe, Dr. MacLaren said.

Dr. Clifford Segil, a neurologist at Providence Saint Johns Health Center in Santa Monica, CA, told MNT he had some reservations about the study findings.

Most lab research in Alzheimers dementia has not resulted in real-world changes or new clinically proven beneficial medications for my patients with memory loss. What happens on a calculator does not translate to what is going to happen in my office, more often than not, with Alzheimers dementia, Dr. Segil said.

In clinical practice, these medications should remain reasonable to use for patients with depression and as antipsychotic medication, but there should be no hope that they will improve cognition in addition to depression or psychosis.

The study authors noted that while the dataset they reviewed was the largest available, it was still relatively small compared to what they would review for a clinical trial.

Additionally, the authors concede that it is possible that a clinicians prescription of a certain antidepressant or antipsychotic may have been determined by patient comorbidities (e.g., diabetes, hypertension, etc.) that could have had independent effects on cognition.

The authors plan to continue studying these medications and plan to conduct a trial testing imipramine on mice.

Judge sentences 3 men to life in prison for...

NFT summer in New York is in full swing...

Teen Marijuana Use Accelerates Even as Alcohol Abuse Drops

US agrees to update critical habitat for Florida manatees

School meals: ‘We can only afford one a week...

Twitter expands its crowdsourced fact-checking program ‘Birdwatch’ ahead of...

From joy to anger, faith leaders react to Roe’s...

A congresswoman thought she was filming a campaign video....

One arrest in trashing of Homewood Acres volunteer firehouse

All-Star Game will move to HR Derby if tied...

Border agency: illegal entries into EU up 82% this...

Amazon pledges $20 billion in exports from India by...

Kazakhstan is in turmoil and regional troops have been...

Pelosi says she will run for reelection in 2022

Linux 6.0 should be with us very soon

Is this monkey really cuddling a pet mongoose?

EU says it eyes further Russia sanctions that will...

Jeff Bezos sued by ex-housekeeper over excessive hours and...

Ukraine conflict: Growing numbers of firms pull back from...