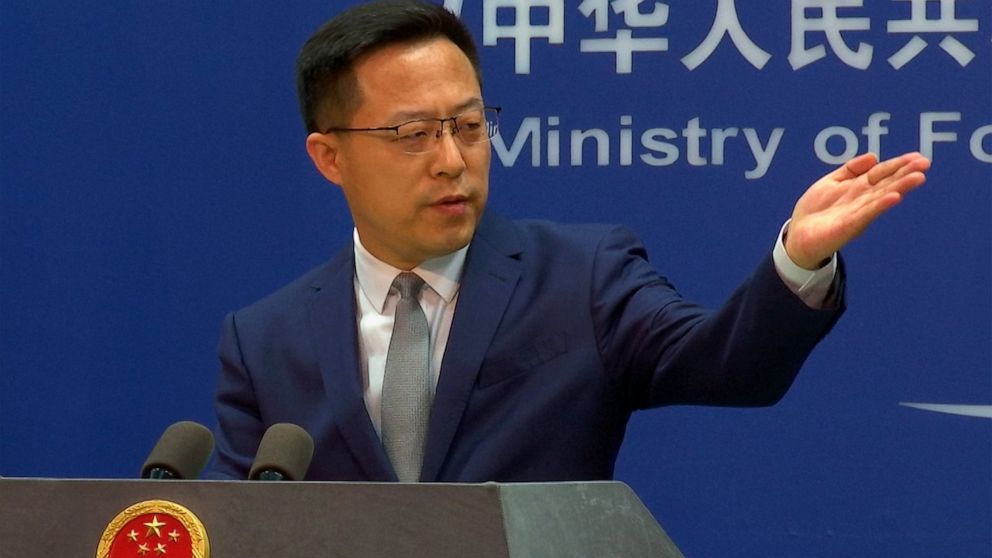 BEIJING — China launched a scathing attack on the U.S. and NATO on Wednesday, days before a meeting between U.S. Secretary of State Antony Blinken and Chinese Foreign Minister Wang Yi.

In his comments Wednesday, Zhao said the so-called rules-based international order is actually a family rule made by a handful of countries to serve the U.S. self-interest.

Washington observes international rules only as it sees fit, he said, adding that NATO must renounce its blind faith in military might.

U.S.-China relations are dominated by disputes over issues from trade and human rights to Taiwan and Beijing’s territorial claims in the South China Sea.

Meanwhile, China has refused to condemn Russias four-month-long war against Ukraine, criticized sanctions brought against Moscow by NATO members and accused Washington and its allies of provoking the conflict.

Russia and China have strengthened political, economic and military ties, while aligning their foreign policies to oppose the influence of liberal democracies. Weeks before Russias February invasion, Chinese leader Xi Jinping hosted his Russian counterpart Vladimir Putin for a meeting at which they pledged a partnership that had no limits.

At its summit, NATO for the first time singled out China as one of its strategic priorities for the next decade.

In his comments at Wednesday’s daily briefing, Zhao said the U.S. has been working closely with NATO to hype up competition with China and stoke group confrontation.”

The history of NATO is the one about creating conflicts and waging wars arbitrarily launching wars and killing innocent civilians, even to this day,” Zhao said. Facts have proven that it is not China that poses a systemic challenge to NATO, and instead it is NATO that brings a looming systemic challenge to world peace and security.”

Blinken is expected to meet with Wang on Saturday at a meeting of foreign ministers from the Group of 20 leading rich and developing nations on the Indonesian island of Bali. A middle school student who was practicing with a...

Lithuania is learning the cost of standing up to...

Apple’s AirPods Pro are back on sale for $175

McDonald’s former security chief claims he was fired for...

Google Chrome for Android is getting a huge update...

Protesters against US aid grant clash with police in...

How to Save Money on the Apps You Use

Biden breaks silence on classified documents: ‘I have no...

Pentagon has received ‘several hundreds’ of UFO reports, none...

This nasty Google Chrome extension is after your crypto...

UC agrees to another major settlement over sexual abuse

Will New York Yankees end up being dandy, or...

‘I Protect Ronnie from Himself’: How Nancy Reagan Used...

Crown court roll-out of pre-recorded evidence in England and...

The best food and meal kits for long distance...

Steelmaker moves ahead on effort to build plant in...

Rams WR Cooper Kupp and the art of creating...

One of the best RPGs of all time is...

How the UK’s Nationality and Borders Bill will affect...

The Papers: ‘Gloves off’ as Tory rivals ‘trade blows’...

New gun laws, but for how long?