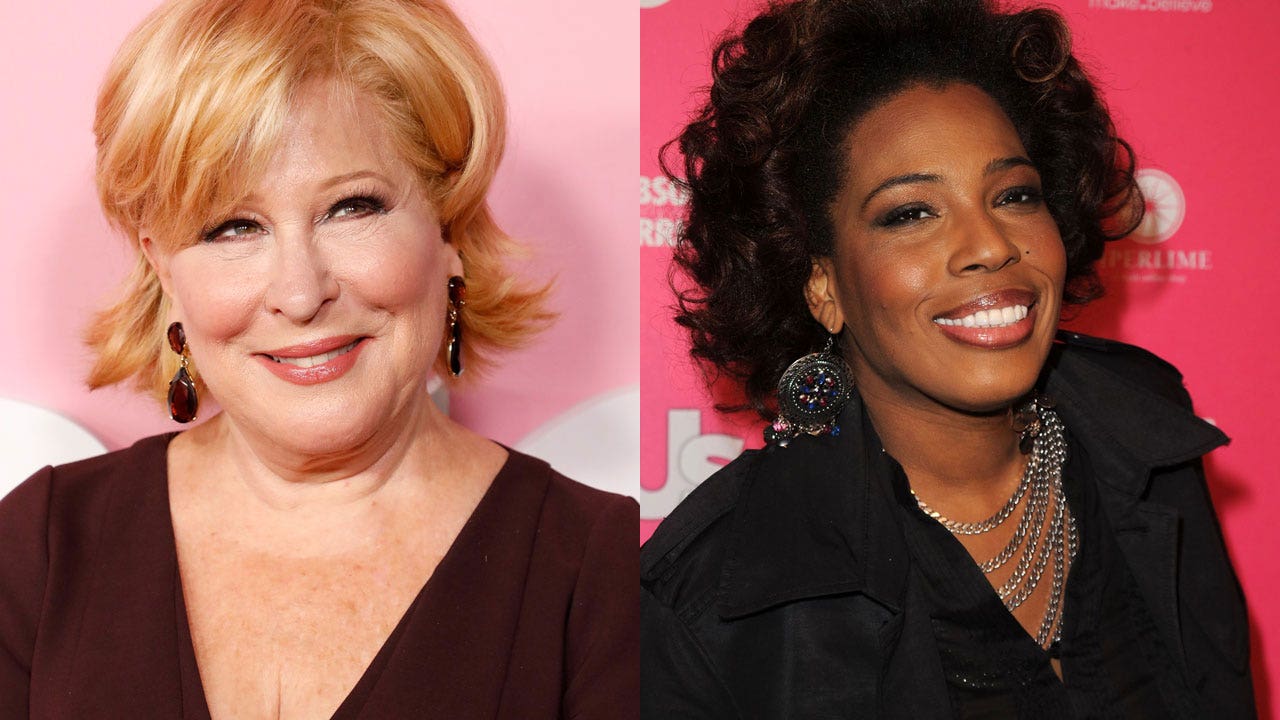 Bette Midler and Macy Gray are facing backlash over comments they made regarding the definition of women.

Midler and Gray shared their own definitions of what a woman is over the weekend.

“WOMEN OF THE WORLD!” Midler wrote on Twitter. “We are being stripped of our rights over our bodies, our lives and even of our name! They don’t call us ‘women’ anymore; they call us ‘birthing people’ or ‘menstruators,’ and even ‘people with vaginas.'”

“Don’t let them erase you!” she added. “Every human on earth [sic] owes you!”

Bette Midler and Macy Gray received backlash after sharing their definition of a woman.

She received backlash in the replies of her tweet.

“No one is trying to erase women with inclusive language about people who need abortion care. No one is calling you anything but what you prefer,” Roxane Gay wrote. “You should extend that courtesy in return.”

“Don’t fall for the anti-trans panic fake nonsense,” Dr. Panti Bliss-Cabrera replied. “No one is erasing women. In a few small healthcare cases where appropriate they are using trans inclusive language. That’s all.”

Gray shared her definition of a woman during an appearance on Piers Morgan’s show “Piers Morgan Uncensored.”

“I would say a human being with boobs,” she explained when asked. “You have to start there and a vagina.”

Gray took to Twitter after the interview aired to defend her thoughts as well as support the LGBTQ community.

“there is no bigger admirer of lgbt community than [yours] truly. it takes real balls to be honest about who you are. ‘woman’ is a title that you earn and become. just like ‘man,'” she wrote in a tweet. “there are plenty of females who aren’t women yet and every girl gets that.”

Gray appeared on Piers Morgan’s show, where she explained that a woman has boobs and a vagina.

Matter getting a big push – with products ready...

Am I addicted to melatonin? Experts say your psychological...

Transcript: Jim Chanos on the Tech Bust, Crypto, and...

Colorado set to vote on decriminalization of psychedelic mushrooms

Modus expands to sub-Saharan Africa with the launch of...

Noise Pollution and Why Populism Failed

FDA Advisers Back Covid Vaccine for Children Under 5,...

Wales desperate to qualify for first World Cup since...

Kari Lake says she would accept ‘fair, honest and...

Amazon adds an October version of Prime Day as...

Biden to meet with Fed chairman on inflation, Korean...

Marc Thomas and Melani Nanai among eight players to...

Biden lays out the stakes for democracy. Can he...

Record-high gas prices under Biden: ‘This was of his...

Greenvale Hotel: Decision due on charges over Cookstown disco...

War in Ukraine: US poised to ban Russian oil...

What time is The Rings of Power episode 3...

OnePlus 10 Pro launch live: get ready for the...

Why a recession won’t start a technology downgrade avalanche

PS Plus games for July include ‘Crash 4’ and...

Delay ahead for Pfizer’s COVID-19 vaccine for kids under...

Acer’s new Vero Chromebook is built to be recycled

Google Meet may have just fixed a majorly embarrassing...

USWNT fall to England in preview of potential World...

As countries clash over WWII heritage sites, changes to...

State media: No survivors found in crash of Chinese...

Wasps: ‘The past caught up with us’, says Coventry-based...