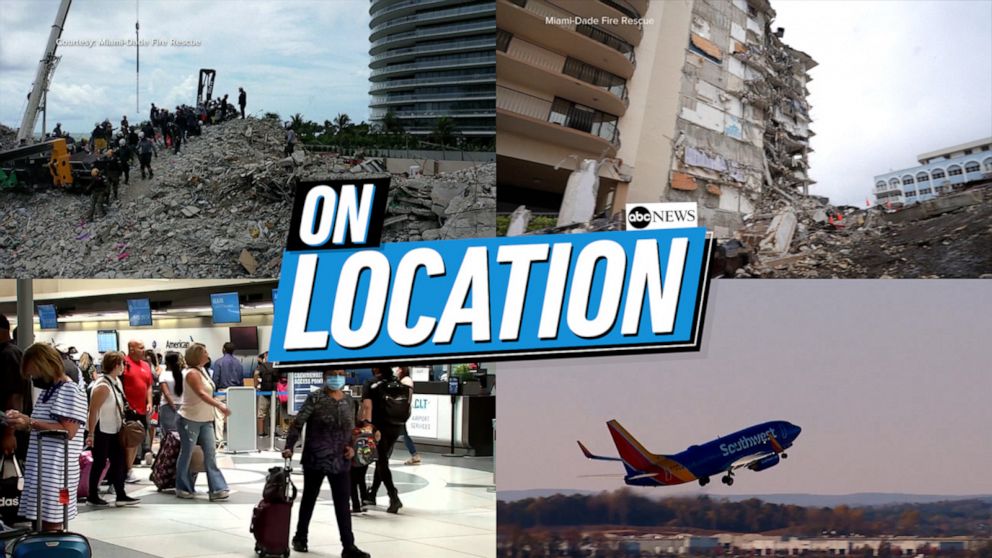 COPENHAGEN, Denmark — Two Norwegian teenage sisters were killed when struck by lightning during a hike in the southern Norway mountains, authorities said Monday. A third person, a sister to the pair, was seriously injured and was hospitalized.

The sisters, identified as Benedicte Myrset, 18, and 12-year-old Victoria Myrset from Oslo, were hit by lightning in the mountainous area of Hareid Sunday. They were on the Melshorn mountain, a popular destination, when the accident happened.

Officials in Hareid said a third person, also a sister in the same family but who was not named, was injured and taken to a nearby hospital. She was then transferred to a larger hospital in Bergen, Norways second largest city. Bergen is 308 kilometers (191 miles) northwest of Oslo.

In a statement, Hareid Mayor Bernt Brandal called it a deeply tragic event that no one could have predicted because the weather changed tremendously fast.

Further details were not available. Inmate who was key to juvenile life debate is...

In recent years, hundreds of people once destined to spend the rest of their lives in prison after being convicted of crimes as juveniles have gone free
Read more

Washington (AP) -- Police were investigating a report Thursday of a possible explosive device in a pickup truck outside the Library of Congress on Capitol Hill and have evacuated the area around the building, two law enforcement officials told The Associated …
Read more

The California woman who drew widespread scrutiny after she was seen in viral footage...
Read more

GOP senators warn they could pull support for Biden...

Republican senators are warning that they could drop their support for a bipartisan infrastructure framework amid growing GOP fury over President Biden's plan to link it to a Democratic-only bill.GOP Sens. Jerry Mo...
Read more

Cheney says she would not support Trump in 2024

US pulls missile defenses in Saudi Arabia amid Yemen...

Satellite photos analyzed by The Associated Press show the U.S. has removed its most advanced missile defense system and Patriot batteries from Saudi Arabia in recent weeks
Read more

Family of Georgia’s secretary of state was still getting...

A man allegedly attempted to storm the cockpit on a JetBlue flight and assaulted members of the flight crew in the process. An FBI ...
Read more

Walker’s welcome: Kemba comes home to play for the...

The “Welcome to New York” signs decorating the outside of Madison Square Garden and hanging behind him were nice, though unnecessary.
Read more

George Floyd’s family: ‘Today, we are able to breathe...

His family expressed gratitude that Derek Chauvin was convicted on all charges.
Read more

John Swinney survives vote of no confidence at Holyrood

MSPs reject a motion seeking to remove the deputy first minister from office after the Greens back the SNP.
Read more

Egypt's president has ordered Suez Canal Authority (SCA) officials to prepare to begin the process of unloading a massive container ship that is currently stuck in the canal, blocking all traffic through one of the world'...
Read more

After nearly four months of court proceedings in one of the most high-profile tech trials in recent memory, Elizabeth Holmes has been found guilty on four out of 11 federal fraud and conspiracy charges.
Read more

Desiree Andrade, whose son Julien was murdered in California in 2018, blasted liberal L.A. County District Attorney George Gascón, who is facing a recall effort, saying he “truly does not care about us victims and is totally pro-criminals.”
Read more

Tottenham striker Harry Kane says he hopes to have an "honest conversation" with chairman Daniel Levy on his future.
Read more

Highly venomous cobra on the loose in Texas town

A highly venomous cobra is on the loose in Grand Prairie, Texas, after it went missing from a home on Tuesday.A West African Banded Cobra was reported missi...
Read more

A look at how India is trying to balance banishing poverty with meeting its climate commitments.
Read more

A U.S. District judge on Wednesday ruled that Maine could prohibit religious exemptions to its COVID-19 vaccine mandate for healthcare workers.Judge Jon Levy found that the healthcare workers who brought the case a...
Read more

iPhone 14 Pro could launch with an incredible 48MP...

We're about to get our hands on the iPhone 13, but details are already surfacing about Apple's next flagship phone.
Read more

Microsoft Teams meetings are about to get a lot...

Pennsylvania’s GOP-controlled Senate to spend up to $270K on...

The Pennsylvania GOP-controlled Senate is spending up to $270,000 to investigate the result of the 2020 presidential elections in the state.A contract, which has not been made public yet, was agr...
Read more

Facebook is launching podcasts and live audio streams in the U.S.
Read more

ABC News analyzed data from all 50 states and found that there is a correlation between the increasing vaccinations and declining COVID-19 infections.
Read more

Just a little more than two weeks after the release of his sixth album Justice, Justin Bieber shocked fans over the weekend with the release of a brand new EP titled Freedom.
Read more

Australia’s most-populous state unveiled a digital app to show the vaccination status of adults, as its prepares to wind back stay-at-home measures next month for people who are double jabbed.
Read more

Former US Marine detained by Russia goes on hunger...

U.S. Marine Trevor Reed, detained by Russia, goes on hunger strike to protest his treatment and what his family says are trumped-up charges.
Read more

Several of the Texas Democrats who fled the state capital to avoid voting on an election integrity bill have tested positive for the coronavirus.
Read more

Locked up for half his life, Crosley Green tastes...

Nokia and Lenovo had been battling it out in courts across the world over alleged infringements.
Read more

The brother of a man who died in a 2019 fiery car crash called Colorado Gov. Jared Polis (D) a "despicable human being" for reducing the sentence of the truck driver who was initially handed 110 years in prison over the i...
Read more

China Politician in Pandora Leak Had Firm to Trade...

China’s only politician to be named in a sprawling investigation of millions of confidential financial documents known as the Pandora Papers is a female entrepreneur who the report says set up an offshore firm to trade U.S. stocks.
Read more

Anne Rice is best known for her 1976 novel 'Interview With The Vampire,' which was adapted into a film starring Tom Cruise and Brad Pit.
Read more

Lia Thomas Shines in Last Home Meet as Some...

Standard Chartered Plc is setting up a joint venture to buy and sell virtual currencies such as Bitcoin -- days after its biggest rival HSBC Holdings Plc said it would swerve the crypto trading craze.
Read more

Russian Nobel winner: Peace Prize is for my paper,...

British foreign minister Dominic Raab said on Friday there was no doubt some countries were using vaccines as diplomatic tool to secure influence, and that Britain did not support so called 'vaccine diplomacy.
Read more

Rangers end the Scottish Premiership season unbeaten with a comfortable win over Aberdeen as they officially lift the Scottish title for the 55th time.
Read more

Bill Maher sounds alarm on China’s dominance over US:...

The Taliban denied that a top leader died in a shootout with rivals amid rumors of internal divisions. In a message ...
Read more

Malaysia announces $36B in aid after extending lockdown

‘Program Integrity’ is an Orwellian attack on Social Security...

Congress should increase SSA's budget, and direct SSA to use these increased funds for improved customer service.
Read more

Tuesday 21 September 2021 is a day Daniel James will never forget after the birth of his baby boy and playing for Leeds in Carabao Cup win at Fulham.
Read more

Prince Harry and Meghan Markle, the Duke and Duchess of Sussex, have announced the birth of their second child.A press secretary for the couple said they welcomed their daughter, Lilibet "Lili" Diana Mountbatten-Wi...
Read more

Kevin Clark, of “School of Rock” fame, killed in...

The one-time child actor, 32, was hit by a car while riding the bike. He played drummer Freddy "Spazzy McGee" Jones in the 2003 box-office hit.
Read more

Spain is less connected to the international grid than other EU countries and prices are surging.
Read more

Israel Approves Third Vaccine Dose for Those Over 50

Israel approved the use of the Pfizer-BioNTech booster vaccine for those over the age of 50 from Friday, as the country grapples with its fourth wave of Covid-19.
Read more

Facebook said that its servers were unable to communicate properly, which caused a cascading series of problems that resulted in outages across the system.
Read more

U.S. cities race to reopen to full capacity, but...

"It's always difficult and scary to be pioneers, but it's very interesting!" said the 37-year-old Peresild in a translated Instagram post.
Read more

Some Puerto Rico beaches are protected as endangered turtles nest in the sand.
Read more

The speeds set by the Rolls Royce aircraft Spirit of Innovation have been sent for verification.
Read more