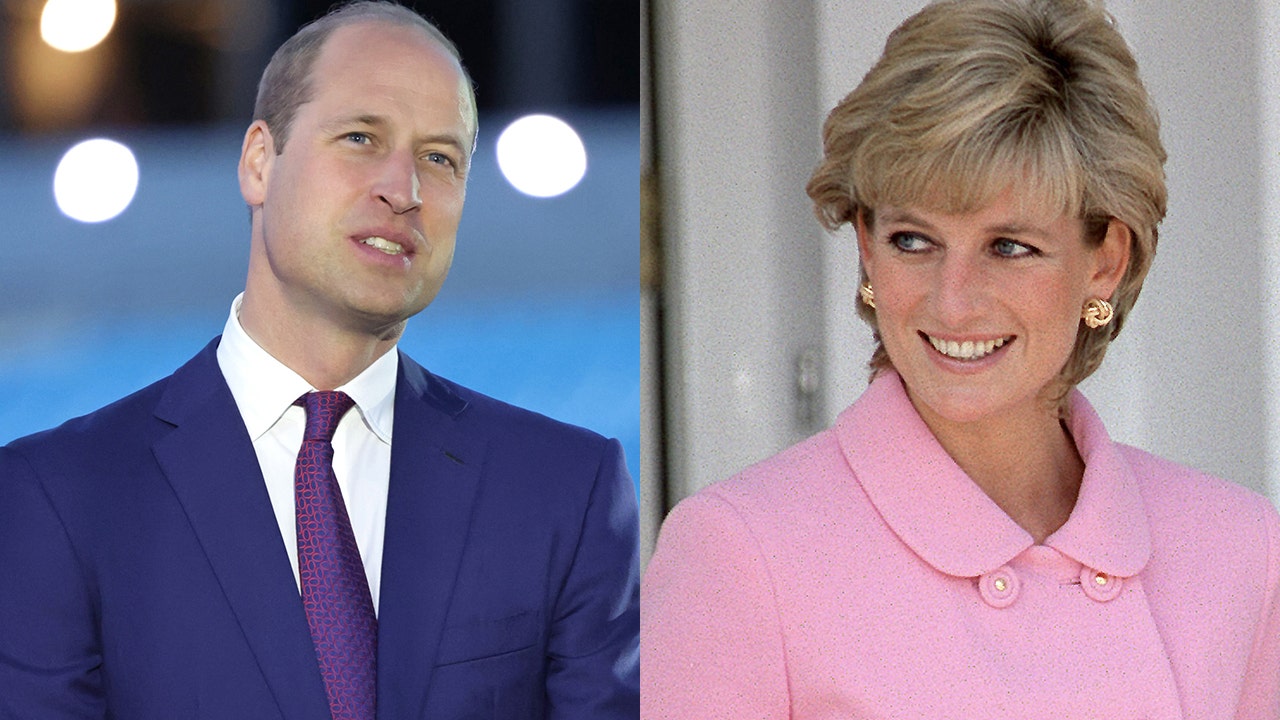 Prince William is remembering his beloved mother Princess Diana, who would have turned 61 July 1.

The Princess of Wales died in 1997 from injuries she sustained in a Paris car crash. The British royal was 36. She left behind two sons William and Prince Harry.

On Friday, William, 40, paid tribute to the latest recipients of the Diana Award, which honors people ages 9-25 for social action and humanitarian work. The award was named after the late royal.

The father of three wrote a heartfelt letter on official Kensington Palace stationary carrying his “W” royal cipher. The Duke of Cambridge called this years winners “an inspiration.”

THE NANNY STAR FRAN DRESCHER ON WHICH GUEST STAR SURPRISED HER THE MOST, MAKING PRINCESS DIANA LAUGH

“Congratulations on receiving The Diana Award today!” he wrote. “You are part of an inspirational generation of young people who are changing the world through your actions, and I hugely admire your efforts.

“Your stories are remarkable. Many of you face huge challenges in the face of difficult times, yet you are tirelessly breaking down barriers to create a better future for us all.

“You truly are the personification of my mother’s legacy and I know she would be so proud of you all,” William added. “I believe there’s no better way to celebrate her life and work than through recognising incredible people who dedicate so much time and effort to helping those around them.”

The charity, which is the only one that carries Diana’s name, is supported by both William and his younger brother Harry, 37. According to People magazine, an award ceremony is taking place to honor “180 changemakers and young philanthropists from 29 countries.” More than 20 winners are from the U.S.

“It is especially poignant as we remember Princess Diana 25 years on,” Tessy Ojo CBE, CEO of the Diana Award, said in a statement. “We know by receiving this honor they will inspire more young people to get involved in their communities and begin their own journey as active citizens.”

This August will mark 25 years since Diana died. While the brothers’ relationship has been strained for the last few years, they briefly reunited last summer to unveil a statue erected in their mothers memory in Kensington Palaces Sunken Garden.

In May of this year, William spoke of his own grief as he gave a personal tribute to the families of 22 people who were killed when a suicide bomber targeted an Ariana Grande concert at Manchester Arena five years ago. He and his wife, Kate Middleton, attended the official opening of a public memorial in the city.

The prince told the families of those who died he knew that “the pain and the trauma felt by many has not gone away.”

Catherine, Duchess of Cambridge, and Prince William, Duke of Cambridge, depart after attending the official opening of the Glade of Light Memorial at Manchester Cathedral May 10, 2022, in Manchester, England.

“As someone who lives with his own grief, I also know that what often matters most to the bereaved is that those we have lost are not forgotten,” said William. “There is comfort in remembering. In acknowledging that, while taken horribly soon, they lived.”

William was a teenager when he lost his mother.

The memorial, close to Manchester Cathedral, bears the names of those killed when Salman Abedi detonated a bomb in the foyer of Manchester Arena as young people and their parents were leaving a concert.

Hundreds of people were injured in the attack. The 22 dead included six children, the youngest 8 years old. The bombers younger brother, Hashem Abedi, was jailed for life in March 2020 for his part in plotting the attack. This Is How It Feels to Build a Video...

Jury to be finalized in Breonna Taylor-related shooting case

Transfer window closes: Some of the best signing announcements

Russia and Ukraine sign deals with the U.N. and...

Jacob Rees-Mogg: Covid inquiry must look at whether rules...

Monkeypox Vaccine Maker No Longer Certain It Can Meet...

No plans now to share COVID vaccines with North...

Dan Jervis: ‘I want them to know the real...

Scotland’s Mandatory Vaccine Passports Will Be Scrapped From Monday

Cinven Is Said to Near Deal for Bayer’s Pest...