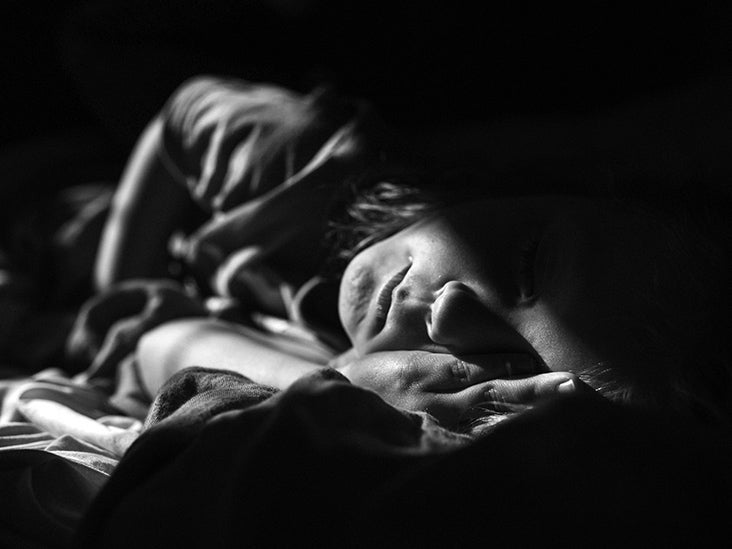 Breast cancer is the worlds most prevalent form

of cancer, being diagnosed in 2.3 million people worldwide in 2020. Of breast cancer cases, 99% are in women, the majority of whom are ages 40 years and older.

A key factor in successful breast cancer treatment is early diagnosis. Cancer that is confined to ducts or lobules in the breast (stage 0) has minimal potential for spread and can usually be treated effectively.

However, in common with many other cancers, circulating tumor cells

or secondary tumors. Once this happens, the cancer becomes harder to treat.

Breast cancer is most difficult to treat when its started to spread around the body, so its important for us to learn more about how, why, and when this happens.

Now, a team from ETH Zurich, the University Hospital Basel and the University of Basel has found that CTCs spread and divide much faster during sleep than during waking hours.

The study, published in Nature

, suggests that time-controlled treatment may be effective for metastatic breast cancers.

The study first investigated a group of 30 women, 21 of whom had early (non-metastatic) breast cancer and nine of whom had stage IV metastatic disease. No participants were undergoing active treatment or were temporarily off-treatment at the time of the study. Participants consented to donate blood during the active period of the study. .

The researchers took blood samples from the women at 10 a.m. (active) and 4 a.m. (sleeping). They then analyzed these samples for the presence of CTCs. To their surprise, almost 80% of CTCs were found in blood samples taken during the sleeping phase.

They then tested their findings on mouse models of breast cancer. In the mice, they found that most CTCs were in samples taken during the daylight hours, when these nocturnal mammals are resting, given the inverted circadian rhythm of mice compared to humans.

This effect was seen even when the sleep patterns of the mice were disturbed, either by manipulating the light/dark cycles or by administering melatonin, a hormone that controls sleep and wakefulness.

In addition, the researchers found that the CTCs shed during rest divided faster than those shed during waking hours. Rest-phase CTCs expressed the genes for mitotic

cell division more than other CTCs, making them better able to metastasize or spread. Cells in the primary breast tumors also multiplied faster during rest periods.

These interesting findings suggest that tumor cells are more likely to spread at night and these cells are also better able to successfully establish themselves in other parts of the body than the cancer cells that leave the tumor during the day.

The researchers suggest that hormones, such as melatonin, testosterone and insulin, may be involved in this night-time spread and division, but stress that more research is needed to discover how.

The finding that CTCs are both more numerous and divide faster at night may have implications for both diagnosis and treatment of breast cancers.

Dr. Nicola Aceto, professor of molecular oncology at ETH Zurich, who led the study, stressed the importance of timing to ensure data is comparable:

In our view, these findingsmay indicate the need for healthcare professionals tosystematically record the time at whichthey perform biopsies, he said.

And Dr. Baker agreed: Though this research is at an early stage, it indicates that breast tumors shed more cancer cells at night. Scientists need to do more studies to confirm this, and find ways to make sure we get the most informative liquid biopsy results by keeping the time of day in mind.

Her comments were echoed by Dr. Temcinaite: While this discovery adds to the growing body of evidence about whether the time of day treatment is given to patients is important [] we look forward to further research to understand more how timing can influence diagnosis or treatment decisions.

Prof. Aceto and his team plan to investigate whether other cancers behave in a similar way, and whether altering the timing of existing therapies may make them more effective. On election eve, the state of the US economy...

Cost of living: Man takes on four jobs to...

How your company can adopt a usage-based business model...

The ADL Has Corrupted Its Mission and Betrayed the...

GM reveals the first vehicles that will access its...

Where does Rich Strike’s win rank among the all-time...

Once a near COVID-free utopia, Australia sees omicron surge

N.J. Republicans aren’t ready to board the Trump Train

Police find baby who was kidnapped while grandmother was...

Buried as numbers, more of Bucha’s victims are laid...

Ukraine claws back more territory in areas Russia is...

McCarthy comment on Trump pardon could be key for...

Thousands in Sudan call for end to military rule,...

Power companies ask EU to step in on Spanish...

Hear the steps to raise a Series A on...

Emma Raducanu wins in Stuttgart and could face Iga...

Queen Elizabeth II will miss the opening of Parliament,...

NASA’s Orion spacecraft snaps a selfie on its journey...

What you eat can help boost your happiness. Experts...

White House to sanction Putin for invasion of Ukraine

Opinion: Supreme Court deals a massive blow to the planet