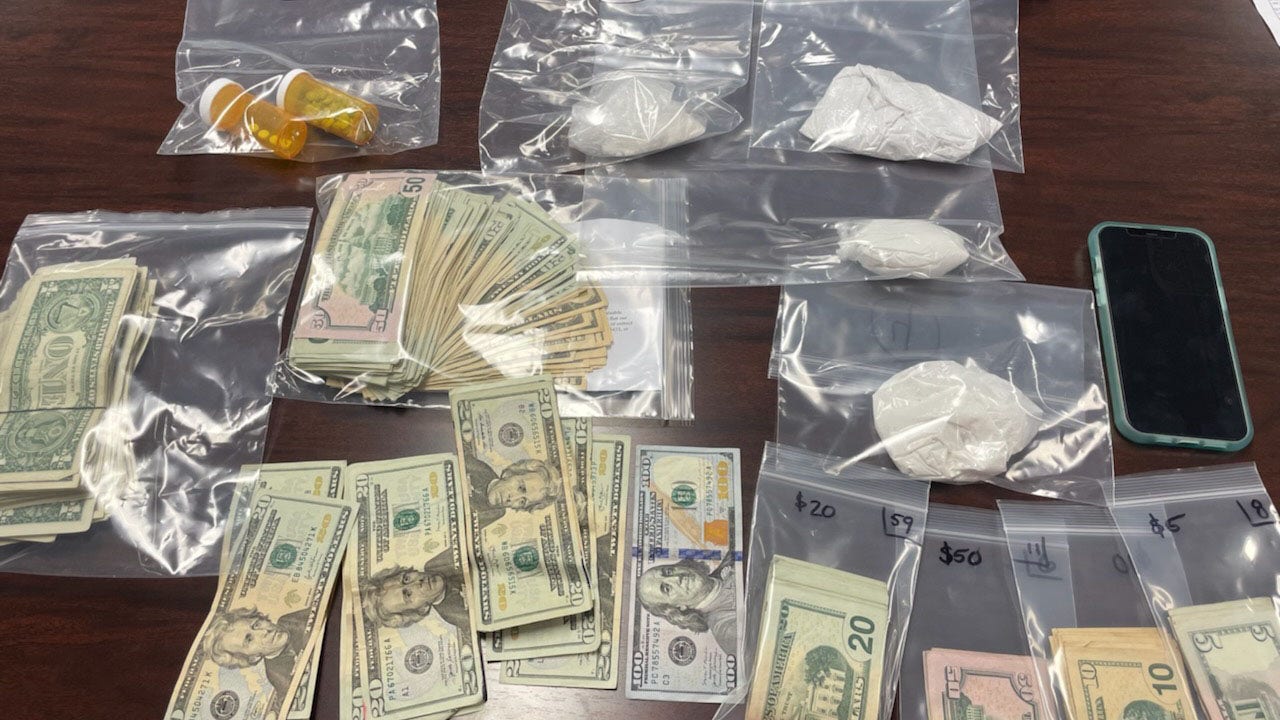 A Pennsylvania man was busted with $90,000 worth of fentanyl in powder form after a months-long drug trafficking investigation concluded on Tuesday, authorities said.

Cortez M. Haselrig, 25, was in possession of 50 grams of raw fentanyl when he was arrested at the Giant Eagle Parking Lot in Ligonier, the Westmoreland County District Attorneys Office said in a statement. Ligonier is a town located about 50 miles east of Pittsburgh.

Cortez M. Haselrig, 25, was charged with drug possession, criminal use of a communication facility and resisting arrest.

Police said the drugs seized had a street value of $90,000, the paper reported.

Haselrig was booked into the Westmoreland County Prison on charges of drug possession, criminal use of a communication facility and resisting arrest. He was being held on $500,000 bail.

“I thank all of the law enforcement departments and officers involved in this investigation and arrest for their dedication and commitment to fight the war on drugs in our county and beyond,” Westmoreland County District Attorney Nicole Ziccarelli said in a written statement. “This is of paramount importance to my office and the safety and security of our communities.”

The Centers for Disease Control and Prevention’s (CDC) National Center for Health Statistics estimates there were 107,622 drug overdose deaths in 2021, with 71,238 of those deaths related to synthetic opioids such as fentanyl.

Why Should People Go To Church?

Suspect at large after fatally shooting 3 people in...

Sound On: US Warning on Ukraine, Canada Blockade (Podcast)

House lawmakers who sided with DeSantis in map fight...

California Wants to Make Cheap Insulin. Here’s How It...

How Ukraine Gains From the Afghan War

Has Nvidia sorted out its RTX 3090 Ti problems?

As AI pervades biotech, what are investors looking for...

‘Bad to the Bone’ Rudy Giuliani Pops Up on...

Sri Lankans yearn for answers on relatives who disappeared...

Scotland to face Italy, France and Georgia prior to...

Yankees have slumped as their offense waned. Can they...

Fintech Vint hopes to turn wine and spirits into...

Deadline approaches for officials set to be named by...

Stonehenge through the ages: Exhibit brings builders to life

Tracking the snowstorm as it moves across the U.S.

'I Can Understand': Blind Iraq Vet Dog With PTSD Adopted by U.S....
Cruise robotaxis blocked traffic for hours on this San Francisco street