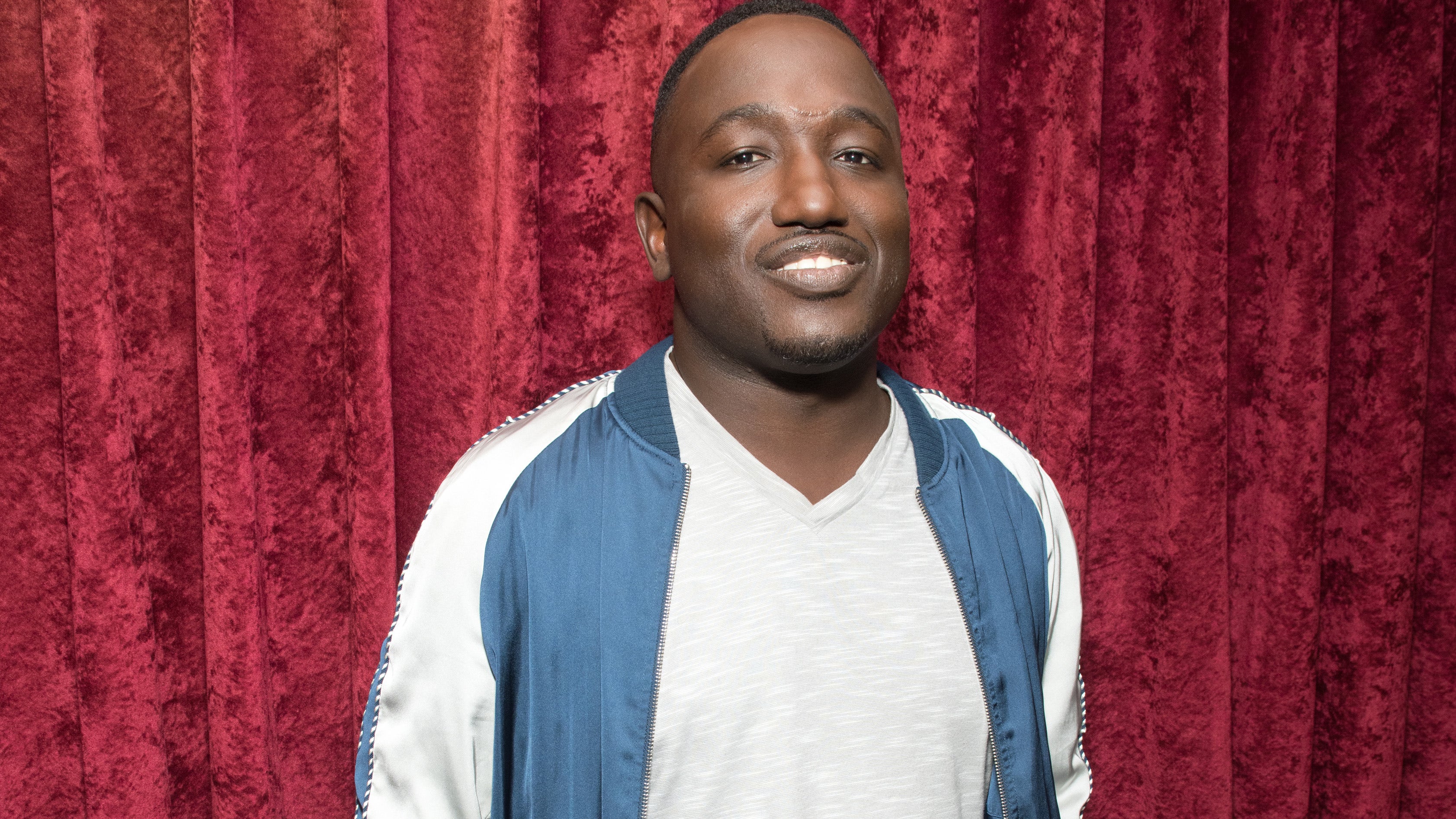 A joke made by comedian Hannibal Buress back in 2014 prompted dozens of women to come forward with sexual assault allegations against Bill Cosby.

Buress previously opened up about the fallout after his infamous Cosby rape joke.

Buress joke in 2014 prompted dozens of women to come forward with assault allegations against “The Cosby Show” actor.

“Its even worse because Bill Cosby has the f–kin smuggest old Black man public persona that I hate,” Buress said during his joke at the time, according to Business Insider.

“He gets on TV, Pull your pants up Black people, I was on TV in the 80s! I can talk down to you because I had a successful sitcom! Yeah, but you rape women, Bill Cosby, so turn the crazy down a couple notches. I don’t curse on stage!’ But yeah you’re a rapist, so I’d take you saying lots of motherf–kers on Bill Cosby himself if you weren’t a rapist.”

Cosby was released from prison after a Pennsylvania court overturned his sexual assault conviction on Wednesday. The court claimed it had found the prosecutor on the case had violated an agreement made with a different prosecutor that prevented Cosby from being charged.

Cosby had been serving a three-to-ten year sentence for drugging and sexually assaulting Andrea Constand. The President And Putin

See volcanic fast food and other stories in our weekly video round up: In Case You Missed It.
Read more

Roblox Accused in Suit of Ripping Off Kids With...

Roblox Corp. was accused in a federal lawsuit of ripping off users -- mostly children -- of its popular gaming platform by selling them in-game items and later deleting them without reimbursement.
Read more

The House Energy and Commerce Committee will hold hearings into why GM announced recalls in 2014 when they knew about the problem with ignition switches in many compact cars in 2004. "CBS This Morning" special correspondent Jeff Glor reports.
Read more

He is accused of illegally overspending by millions of euros on his failed 2012 re-election campaign.
Read more

Poland faces harmed ties with US, Israel over disputed...

'Rust' movie set shooting victims Halnya Hutchins and Joel Souza are not nearly as widely known as star Alec Baldwin. Here is some information about them.
Read more

Two of Singapore’s largest lenders struck a cautiously upbeat tone after profit in the third quarter beat forecasts driven by gains on fees from wealth and lending, and lower provisions for bad loans.
Read more

COVID-19 vaccination rates lag among staff in many nursing...

Some nursing homes are starting to require COVID-19 vaccinations among staff members, as employee infection rates begin to out-pace those among residents in many facilities. Manuel Bojorquez reports.
Read more

The explosion in Quetta, which killed at least three people, may have targeted China's ambassador.
Read more

BioNTech-Pfizer Could Have Capacity for 3 Billion Doses in...

"Today was a stark warning for Big Oil," said Bess Joffe, of the Church Commissioners for England, with executives "being held to account by investors and lawmakers."
Read more

The policy requires many asylum seekers to stay in Mexico while they wait for hearings to adjudicate their requests for safe haven in the U.S.
Read more

How Newcastle can follow Man City to build a...

These air fryer tortilla chips are so easy to...

Fact: Most Game Day staples taste better when cooked in the air fryer. Tortilla chips are no exception.
Read more

And Biden prepares for his overseas trip.
Read more

Milley says calls to China were ‘perfectly within the...

Joint Chiefs of Staff Chairman Gen. Mark Milley on Friday told the Associated Press that his calls to China following the Jan. 6 Capitol riot were "routine" and "perfectly within the duties and responsi...
Read more

Protect your computer from ransomware

Ransomware locks up a victim's files until money is paid. Here's how to protect your data and avoid an attack on your computer network
Read more

Watch the best shots as Welsh Fire captain Jonny Bairstow hits 72 not out, including five sixes, against Southern Brave in The Hundred at Sophia Gardens in Cardiff.
Read more

Foreign lobbyists gave more than $33.5 million in political donations during the 2020 election, according to a Thursday report from campaign finance watchdog OpenSecrets.Lobbyists representing foreign clients donated about $125,000 to President...
Read more

Obama looks to give new momentum to McAuliffe

Former President Obama is hitting the campaign trail with Virginia Democratic gubernatorial candidate Terry McAuliffe on Saturday in hopes of energizing a relatively unexcited Democratic base ahead of what is expected to be a nail biter of an...
Read more

Newly-released census data shows the U.S. is growing more urban and diverse, with the white population declining by 8.6% in the past decade. The data drop came as states prepare for what could be a highly contentious process: redrawing their congressional map…
Read more

James Bracey fell for a duck on his debut at Lord's and suffers the same fate in his second match at Edgbaston as England slip to 175-6 in the second Test against New Zealand.
Read more

The Commons Speaker wants to know how Wayne Couzens was deemed suitable to be on duty at parliament.
Read more

Our number one vlogging camera just hit its lowest...

Pompeo warns US money to Iran could be funneled...

Former Secretary of State Mike Pompeo is warning that U.S. money, that would go to Iran if the Biden administration rejoins the Iran nuclear deal, could end up funding terror groups like Hamas -- who are currently launching rockets into Israel.
Read more

Jeremy Daw, known to friends as Jack, died in Herefordshire while responding to a 999 call.
Read more

VW to seek damages from former executives for diesel...

U.S. federal agents are in Cyprus inspecting a light aircraft, Cypriot police said on Wednesday, suggesting continuing international interest in a plane believed by U.N. experts to have been obtained two years ago to play a role in Libya's war.
Read more

Why an Electric Car Battery Is So Expensive, For...

Prosecutors argued in court documents filed on Wednesday that a Louisville police officer violated federal law when he hit a kneeling protester in the back of a head during a Breonna Taylor protest last year.Cory P...
Read more

Here is a snapshot of what’s happening with Iran, its nuclear talks and energy markets.
Read more

East European designers sashay onto the catwalks of high...

With celebrities such as Rihanna, Justin Bieber and Billie Eilish wearing its designs, Hungarian fashion house Nanushka has stardust many designers can only dream of.
Read more

Scientists say early research findings could lead to a diagnostic test for those with long-term symptoms.
Read more

The Delta variant is exploding across the U.S., with the CDC warning it now makes up 83% of COVID-19 cases nationwide. As CBS News' Manuel Bojorquez reports, its quick spread follows a decline in vaccinations. Then, Dr. Jessica Shepherd, the chief medical off…
Read more

Sir Ed Davey celebrates his party's win in Chesham and Amersham while breaking down a model blue wall.
Read more

Valve has posted the official teardown of the Steam Deck on YouTube, and it strongly recommends that you do not open up your Steam Deck for a multitude of reasons.
Read more

Former U.S. Envoy to Afghanistan on trusting the Taliban...

Deutsche Wohnen SE and Vonovia SE entered into a new merger agreement, in which Vonovia raised offer to 53 euros per share in cash from 52 euros per share.
Read more

Gang allows fuel to flow in Haiti — but...

A powerful Haitian gang leader says he is easing a chokehold on fuel deliveries that has caused a growing crisis for hospitals, gas stations and even water supplies across the nation’s capital
Read more

Five people were shot in Shreveport, La. late Sunday evening in the third mass shooting in the U.S. in just 24 hours....
Read more

Blinken heads to Iceland meeting with Russia on his...

Secretary of State Antony Blinken is headed to Europe and North Atlantic islands to put the Biden administration's stamp on climate change policy in the Arctic and warn Russia against interference in the United States, Ukraine and elsewhere
Read more

Amid rising nationalism in China, dozens of feminists say their accounts on the social media platform Weibo have been shut down in an effort to silence them.
Read more

Games have been getting longer, more sprawling, and bigger budget—but some developers are looking the other way.
Read more

Rapper Lil Baby joins the Floyd family at the...

Rapper Lil Baby on Tuesday joined George Floyd's family in Washington, D.C., as the family pushes for the police reform act named after Floyd to be passed.Lil Baby was seen at the presser with Fl...
Read more

Morecambe edge out Tranmere Rovers in the first leg of their League Two play-off semi-final at Prenton Park.
Read more

‘My pants didn’t fit’: Travelers checking in at fitness...

After more than a year of ordering take-out, watching Netflix and working from home -- often facing enormous stress, anxiety and depression -- many travelers are turning to weight loss and fitness resorts for a reset.
Read more

Trump expected to give deposition in protesters’ lawsuit

The best Nintendo Switch Prime Day deals you can...

From special Switch bundles to huge discounts on must-have titles and peripherals, here are the best Nintendo Switch deals we've picked out for this year's Prime Day.
Read more

It’s not only politics that’s driving the low vaccination...

A man they call ‘the Captain’ is working to uplift some of France’s battalions of impoverished youth and to restore French values to create “the citizens of tomorrow.”
Read more

This week on “Face the Nation,” August 8

Dell laptop deals can save you up to $400 on everything from premium machines to super cheap PCs this weekend.
Read more

Jones was scheduled to be executed on Thursday.
Read more

The OnePlus Nord CE 5G is official and a full announcement is coming soon. Here's what we know so far.
Read more

Researchers to start six-month review of links between dementia...

Researchers are to begin a comprehensive six-month review into the links between sport and dementia amid high-profile cases.
Read more

Sen. Bernie Sanders (I-Vt.) announced Friday that he has invited Amazon founder and CEO Jeff Bezos to testify at a hearing about inequality scheduled for next week.The Senate Budget Committee ch...
Read more