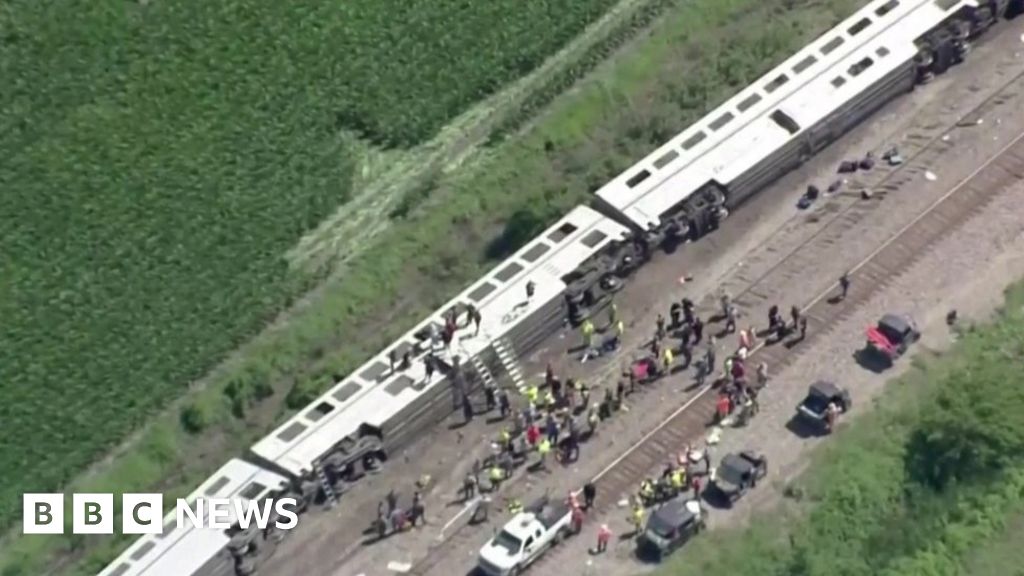 At least three people have been killed and dozens more are reported injured after a passenger train derailed after hitting a truck in Missouri.

About 243 passengers were on board the Los Angeles-Chicago train when it came off the tracks near the town of Mendon, according to Amtrak.

Eight cars and two locomotives were derailed in the incident, which took place at 12:42 local time (17:52 GMT).

Emergency crews from the area have been dispatched to the scene.

In a statement, Amtrak – the US national rail operator – said that the “Southwest Chief” train travelling eastward from Los Angeles struck “a truck that was obstructing a public crossing” near Mendon, a town of approximately 160 people located 84 miles (135km) from Kansas City. Twelve crew members were also on board.

Missouri Highway Patrol officials confirmed that three people were killed. A member of the local ambulance service said at least 50 people were injured.

Amtrak said that its incident response team had been activated and additional emergency personnel are being sent to the scene, where an investigation is ongoing.

Images shared on social media show passengers sitting atop derailed cars in a flat green field. In one image, a woman can be seen crawling upwards through a broken window.

One passenger also tweeted a picture taken at a local school, where uninjured passengers were taken following the crash.

The BBC is unable to independently verify the pictures.

The incident comes one day after an Amtrak train crashed into a car in Brentwood, California, killing three women and injuring several others.

Though derailments of Amtrak trains are rare, there have been several in recent years.

In 2018, three people were killed when an Amtrak train travelled onto the wrong track and hit a parked freight train. Shane Lowry: Honda Classic ‘stolen from me’ by downpour...

Cancer-killing virus injected into human for the first time

Andreessen Horowitz Pushes VC Center of Gravity Away From...

A Quieter Davos Adapts to the Age of Covid-19

US Supreme Court: The women in the running to...

Dreamforce 2022 live: All the Salesforce news and updates...

Duchess of York linked to further payment in court...

Rain finally in forecast for Texas areas scorched by...

Republicans are rallying around Trump following the FBI raid....

Broomfield blaze ‘one of the largest field fires we...

DualSense Edge: everything you need to know about the...

Jill Schlesinger on why why you should file your...

Scouts sell off camps under strain from sex abuse...

Foodie Guide to Rotational Dining on the Disney Wish

130-Year-Old Menus Show How Climate Change Affects What We...

Which Jersey Shore Star Are You?

Sentiment About the U.S. Economy Is Getting Close to...

Asian stocks higher ahead of possible US rate hike

Yorkshire animal sanctuary aims to give residents life of...

UK PM warns invasion of Ukraine would be ‘disastrous’

See the 1960 Electoral College certificates that the false...

Nicola Sturgeon to set out plan for second independence referendum