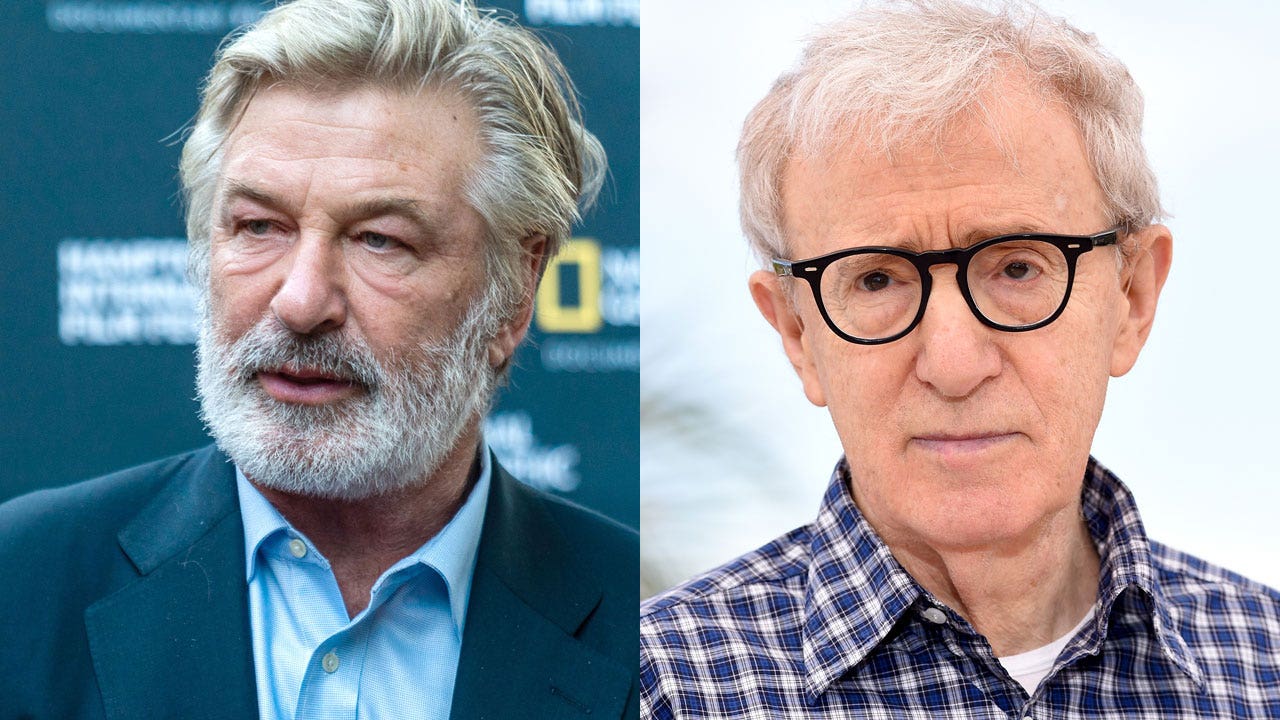 Alec Baldwin dismissed backlash while announcing he will be interviewing Woody Allen via Instagram Live.

“Let me preface this by stating that I have ZERO INTEREST in anyones judgments and sanctimonious posts here,” Baldwin wrote in the caption of the announcement.

He added: “I am OBVIOUSLY someone who has my own set of beliefs and COULD NOT CARE LESS about anyone elses speculation. If you believe that a trial should be conducted by way of an HBO documentary, thats your issue.”

Alec Baldwin is set to interview Woody Allen in an upcoming Instagram Live.

The interview between Baldwin and Allen will take place Tuesday at 10:30 a.m., according to the announcement post.

Baldwin did not disclose the topics of discussion.

Baldwin dismissed the impending backlash as he announced the interview.

In 2014, Farrow claimed in a New York Times open letter

that Allen molested her as a child. The allegations were first reported during his split from Mia, with whom he shares sons Moses and Ronan.

, he said he “never did anything to her that could be even misconstrued as abusing her; it was a total fabrication from start to finish.”

Allen has been accused of molesting Dylan Farrow when she was child.

Two separate investigations were conducted in the 1990s and Allen was not charged. He alleged that Mia coached Farrow. Still, Farrow has maintained that she was abused and her allegations have been embraced in the #MeToo era. Arguing the roots of Russophobia

This PDF reader app has a million downloads on...

Commodities Will Be the Next Market to Succumb

Amreena Bhat: The ‘senseless’ murder of a Kashmiri TV...

JavaScript is no longer the favorite programming language for...

What does Sunak’s spring statement mean for Wales?

The ‘unfathomable’ price of war

Why Therapy Is Broken

The Moral Equivalent of War

What to Expect From Storm Eunice and How to...

Birmingham: Starmer says the ‘baton has passed’ after Erdington...

The ECB Is Catching Up

Polls open in 1st round of France’s presidential election

Trolling along: Fetterman going big on social media vs....

Pope says prison inmates should not be deprived of...

There’s a new way to tell if your device...

2 suspects, including a teen, arrested in a deadly...

Asylum seekers: The homes where ceilings have fallen in

The elderly who can’t flee their Ukrainian homes