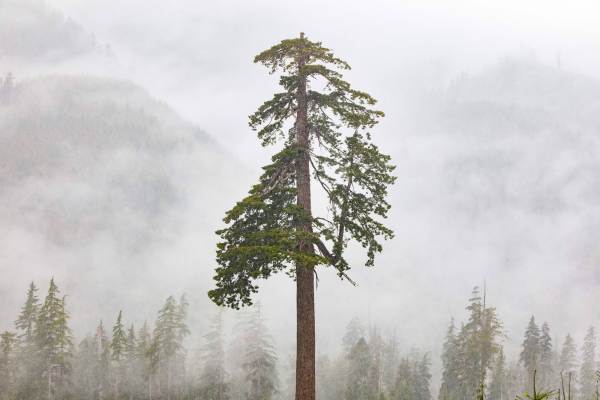 Vibrant Planet which is creating an operating system for forest restoration comes as a pleasant surprise, and not one I expected.

Climate tech, while relatively new, has settled into two camps: hardware and software. And while Vibrant Planet is definitely a software play from its cloud focus to its per-seat licenses, its SaaS through and through its end goal is different from many others.

The startup, which this week announced a $17 million seed round, isnt just trading carbon credits or providing carbon accounting software. Its trying to tackle a very real and very hard problem how to first save, then restore, the worlds damaged forests.

Having been trained as a landscape ecologist, Ive grown somewhat cynical that forest conservation and the free market can exist in a mutually beneficial relationship. From a markets-first perspective, forests tend to be either exploited or forgotten.

Yet Vibrant Planet clearly thinks theres an opportunity in helping the world manage a multitrillion-dollar asset.

A landmark paper from 1997 estimated that forests provide $4.7 trillion worth of annual economic benefits worldwide, including fresh water, lumber, nutrient cycling, erosion control, and climate regulation. While theres no truly global way to adjust the dollar figure for inflation, its basically equivalent to 15% of global GDP.

In theory, carbon credits arent a bad idea. In fact, theyre probably one of the least bad ideas weve tried when it comes to using free markets to foster forest preservation. Its just that in practice, they leave a lot to be desired.

Carbon credits are an attempt to bring forests into the economic fold. Theyre well-intentioned, though Im skeptical about them. More on that later, though, because while Vibrant Plant has a plan to work with the carbon markets, its starting on much firmer ground with fire-adapted forests.

And there are plenty of those. Its starting in California and, soon, the entire American West, where forest fires have been growing in frequency and intensity. After that, Vibrant Planet could head Down Under to Australia, where eucalyptus forests, which have long coexisted with fire, burned catastrophically in the 2019-2020 fire season. It could even take its product to Brazil and the Cerrado ecoregion, which was traditionally managed with fire for centuries.

Beginning with fire-adapted forests is a smart move. For one, it lets Vibrant Planet test its product close to home in familiar and well-studied forests. But it also gives it a chance to address climate change in a way thats more immediate. ‘The White Lotus’ Season 3 Confirmed—All We Know So Far

NFL odds: Bettors down on these three teams

The ‘blockbuster’ Florida election law ruling no one saw...

Wimbledon: Nick Kyrgios wins to set up meeting with...

Putin Is ‘Seriously Ill,’ Looks Like a Hamster: Journalist

Your Saturday Briefing: The Aftermath of a Disaster

Angry and left behind: rural voters back French far-right...

Russell Westbrook’s sad decline has been the talk of...

Apple boom: Why community orchards are on the rise

From the Edge of Bankruptcy to Billion-Dollar Running Brand

Liz Cheney: ‘Unfaithul’ McCarthy should not be House speaker

Meta may return to digital currencies despite its failures

Politics of rebuilding intensify as Florida’s devastation is laid...

Realme 9: everything we know so far

Dolly Parton and James Patterson team up for a...

The Silver Lining In a Tense Brazil Election

These states have the highest health care costs

Thanks to Elon Musk, you can now smell like...

Finn Russell: Scotland fly-half due to be omitted from...

Lenovo is double-dipping in gaming and creative markets with...

Polio in US, UK and Israel reveals rare risk...

Removal of nuclear waste in Idaho is nearly finished

US confirms military hackers have conducted cyber operations in...

Grass fire likely sparked by mower chars as many...

How Denver is trying to help students’ mental health,...

Ruling could dampen government efforts to rein in Big...

Bilingual MPs explain the importance of speaking another language

How U.S. states have banned, limited or protected abortion