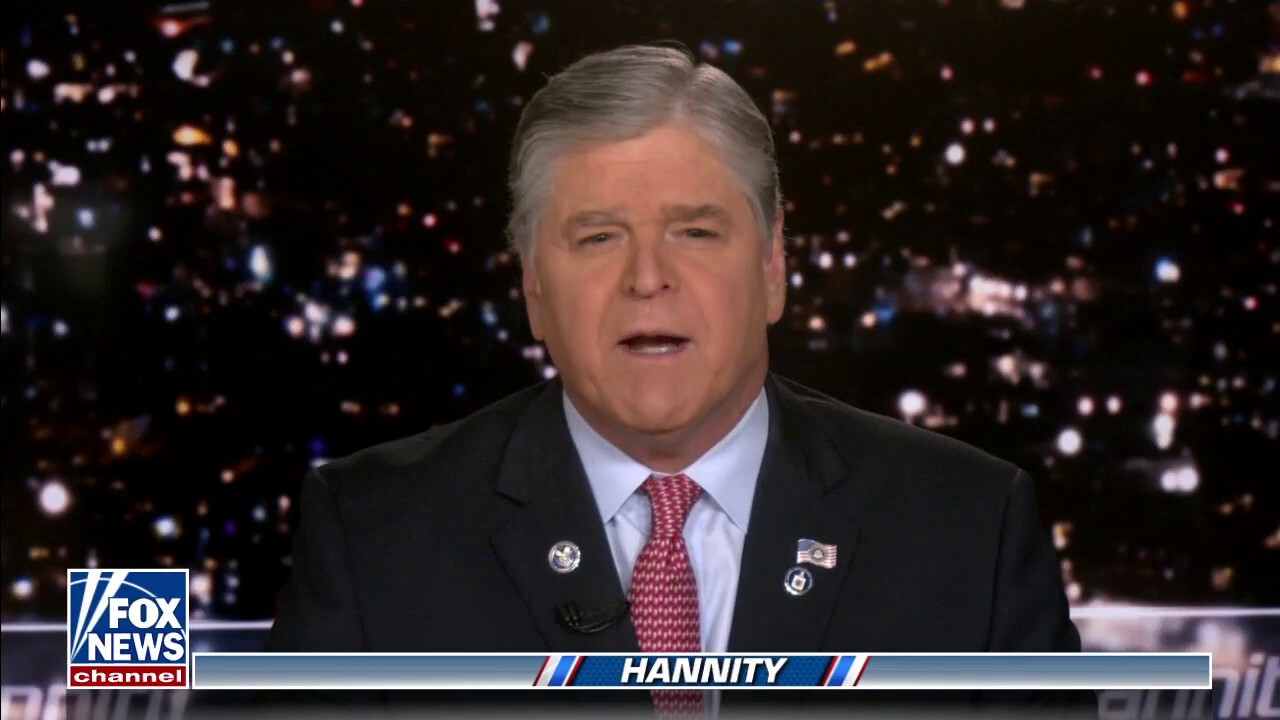 Sean Hannity discussed how the Biden administration’s policies have made economic hardship for Americans and how their attitude is to just settle for less on “Hannity.”

SEAN HANNITY: We begin tonight, though, with Biden’s war and your ability to live your life without going bankrupt. Now, between inflation, spiking gas prices, record prices, a looming recession, Americans are suffering and it’s about to get a whole lot worse, according to one Washington Post columnist. And on MSDNC, you all need to stop complaining and be grateful that Joe Biden is your president.

Calm down. Back off. Stop looking at your portfolio. Even though two-thirds of Americans are now living paycheck to paycheck because of Biden, economic and energy policies that Build Back Better turned into settle for less and shut your mouth pretty quickly. The L.A. Times, meanwhile, has a slightly different take.

WASHINGTON, DC – JANUARY 19: U.S. President Joe Biden checks his watch while answering questions during a news conference in the East Room of the White House on January 19, 2022 in Washington, DC. With his approval rating hovering around 42-percent, Biden is approaching the end of his first year in the Oval Office with inflation rising, COVID-19 surging and his legislative agenda stalled on Capitol Hill. (Photo by Chip Somodevilla/Getty Images)

Look at the headline, quote, “Yes, a recession looks inevitable, but it may not be that bad.” Hmm. Okay. Now, the article then goes on to explain that it was just a normal part of American economic life. No, it’s not. In reality, this looming recession, coupled with massive inflation, coupled with record-high gas prices. This is a disaster that is impacting especially the poor, the middle class and people on fixed incomes. We have not seen this since, oh, the Jimmy Carter years.

But don’t worry, because Biden just introduced his big new plan. He’s going to save everyone $0.18 on every gallon of gasoline you buy, a brand-new temporary, God forbid, forever canceled gas tax holiday, as they call it. And according to Joe, he’s doing everything humanly possible, everything possible within his power to bring prices down. He is trying real hard.

Sadio Mane on Liverpool, Bayern Munich and winning with...

Elon Musk turns down seat on Twitter’s board, after...

Man Gets Extreme, Super-Gonorrhea after Unprotected Sex with Prostitute

The Hundred: Quinton de Kock run out after ‘disastrous...

Three Dem lawmakers test positive for COVID-19 ahead of...

Biden’s trip to Texas to focus on effects of...

The Genre-Transcending Mastery of The Staircase

Some top Democrats keep their distance as Biden stops...

Scouts sell off camps under strain from sex abuse...

Prince Harry and Meghan at first royal event since...

Daily Glass of Wine Is Bad for You, Heart...

Tarkovsky, Shaw, And The White Birds

Gaming time has no link with levels of well-being,...

Leicester City: Brendan Rodgers says he is not feeling...

Fake news: The game that shows people how to...

Catholic Dems silent on targeting of churches by pro-abortion...

How to watch the Nvidia GeForce RTX announcement at...

US Says Giuliani Associate Parnas Deserves Up to 8 Years’ Prison