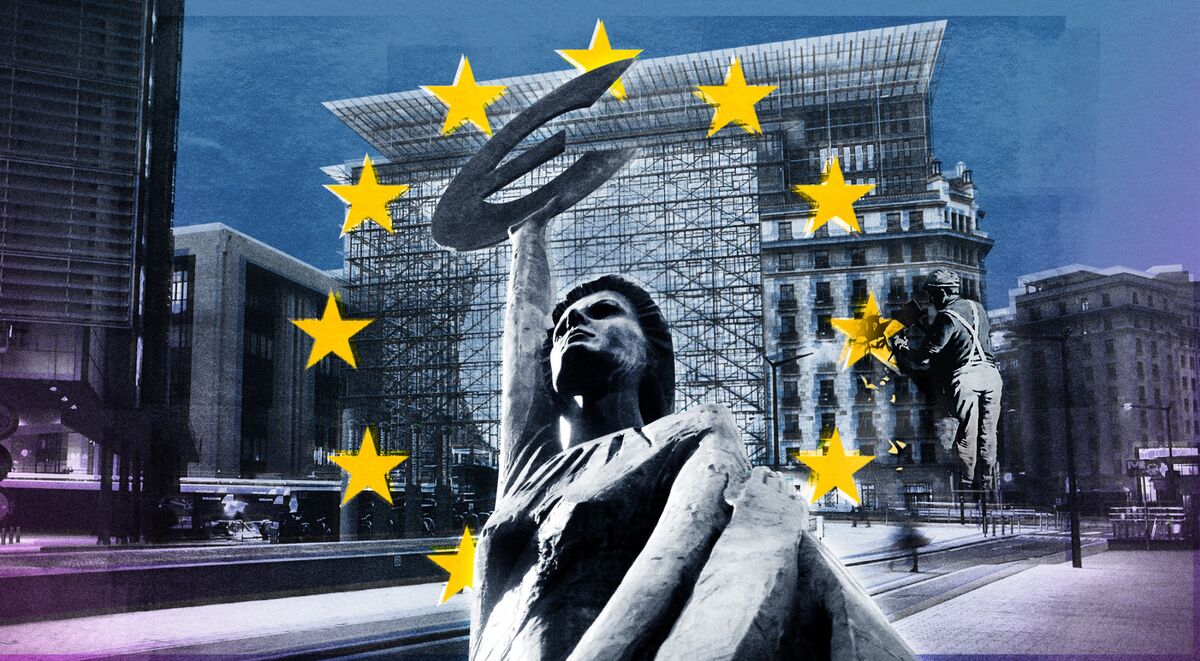 Welcome to the Brussels Edition, Bloombergs daily briefing on what matters most in the heart of the European Union.

The worsening food crisis threatens to dominate a gathering of EU foreign ministers in Luxembourg today, with the war in Ukraine depleting grain exports and the worst drought in Italys Po valley region in 70 years threatening rice production. Ministers will also meet their counterpart from Egypt, one of the countries hardest hit by soaring wheat prices. EU officials are struggling to counter the Russian narrative that unduly blames western sanctions for problems with grain shipments. Ahead of an EU leaders summit later in the week, ministers may also discuss Russian gas cutoffs and the commissions recommendation that

Ukraine and Moldova get candidate status to join the bloc.

Resurgent Right | The leaders of France and Spain were both weakened by swelling support for right-wing parties. Emmanuel Macron is projected to have lost his outright majority in the French parliament after an unexpected surge in votes for the far right. In Spain, the main opposition Popular Party

won a landslide election victory in the countrys most populous region, Andalusia, adding to the challenge Prime Minister Pedro Sanchez faces to win re-election next year. One

symbolic bright spot for Macron last night was that Clement Beaune, his minister for EU affairs, won a tight race for a seat in parliament.

Gas Alert | With Russia slashing gas supplies in apparent retaliation over Europes support for Kyiv, rationing in the region is now a real prospect. Utilities are being forced to tap reserves intended to cover needs for the winter, which means government controls of gas distribution may start within months. German Economy Minister Robert Habeck said hes taking measures to

bolster gas storage levels and that the country will have to restart some coal-fired plants.

Supply Gaps | A shortage of seemingly random food items from popcorn to sriracha is hitting restaurants and grocery shelves this summer, a sign that supply chains are still under pressure. Products that have been hit

include German beer bottles. The causes are many, from adverse weather to the pandemic to geopolitical tensions and rebounding demand.

Farm Relief | The fertilizer shortage that threw the agricultural sector into disarray and pushed food costs higher globally may be fading. Supplies are piling up and

wholesale prices are starting to decline. Russian fertilizer sales are exempt from EU and US sanctions, and some shipments are continuing.

In Case You Missed It

preventing undue turbulence on government bond markets, according to Governing Council member Olli Rehn. The announcement of a new instrument to combat potential unwarranted deviations has calmed markets a bit, but investors are eager to hear details.

Russia Rebels | Some 116 companies from EU countries continue to operate in Russia nearly four months after the invasion of Ukraine sparked a range of international sanctions. Those firms make up

nearly half of the 247 multinationals still doing business in the country, according to research from the Yale Chief Executive Leadership Institute.

Costly Borrowing | Prices are likely to rise for corporate loan borrowers in the near future, says Carlo Fontana, head of global syndicate at UniCredit. European firms may find it hard to bargain for the kinder interest rates that the relationship-driven corporate loan market typically offers, as inflation and tighter monetary policy begin to bite into their funders pockets.

Chart of the Day

Electricity prices in France are jumping, adding to Europes energy woes, as depressed nuclear output squeezes the market. Frances reactors are operating at less than half their capacity and last week produced the least power at this time of year since at least 2008, according to data we compiled. The country is importing electricity from neighboring countries like the UK, which historically has taken French power.

Dont keep it to yourself. Colleagues and friends can sign up here.

How are we doing? We want to hear what you think about this newsletter.  Let our Brussels bureau chief know. HBCUs are incubating an era of innovators

Internet Slams Boss Who Said ‘Pat on the Back’...

Scottish Covid powers to be extended by six months

OnePlus leak points to a host of new gadgets...

The 24-year-old helping people talk about their mental health

How to watch the “super flower blood moon” total...

Ukraine Says Belarus-Linked Hackers May Be Behind Cyberattack

Time is running out for Africa to profit from its gas, IEA...