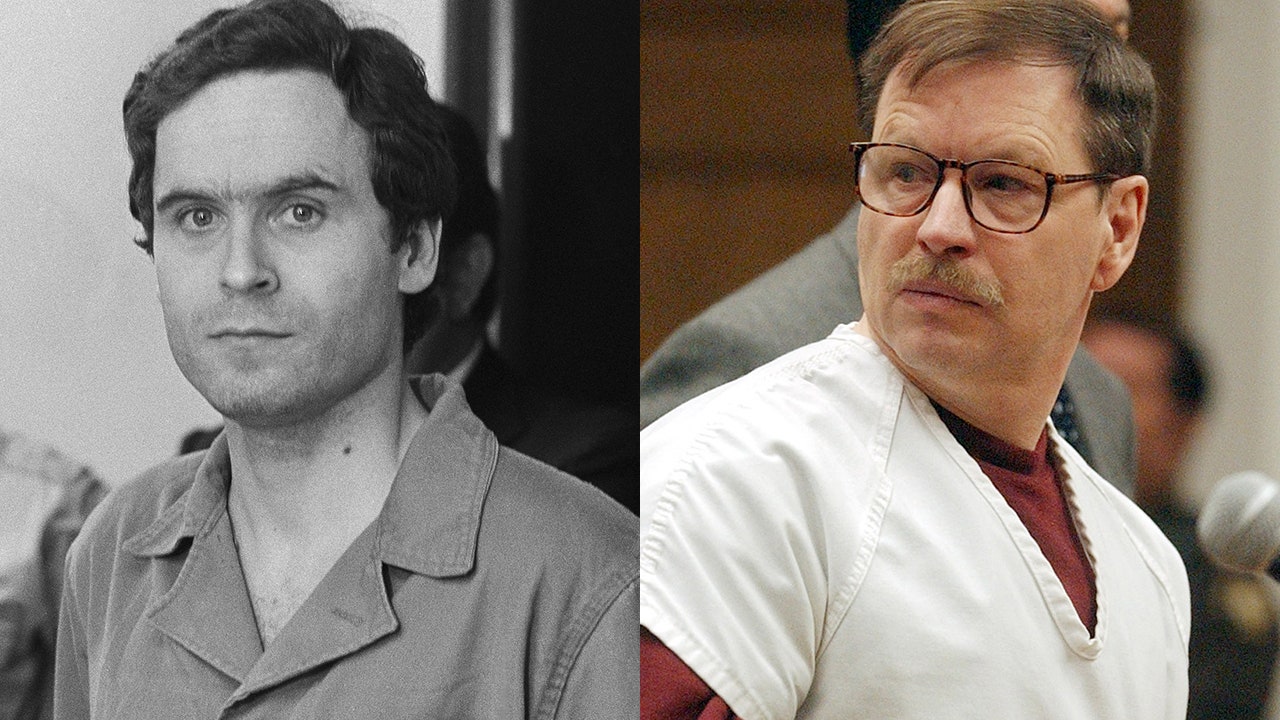 Dave Reichert was a young detective trying to nab one of the most prolific serial killers in America when another notorious murderer offered his assistance.

It was 1986, and Ted Bundy was on death row in Florida for a series of slayings committed in the 70s. He became intrigued by the Green River killer, the then-unknown attacker who was named after the Green River which runs through several south Seattle suburbs, where his first five victims turned up in 1982. Bundy wrote a letter to Reichert, declaring, “Dont ask me why I believe Im an expert in this area, just accept that I am, and well start from there.”

The investigator, with very few promising leads, went from Washington to Florida where he would meet with Bundy. The surprising encounter is explored in TUBIs new true-crime documentary “Sins of the Father: The Green River Killer.” The documentary features testimonials from Reichert of the King County Sheriffs Office, forensic experts, as well as others closely connected to the case.

“We were pretty surprised that Ted Bundy would write to the task force,” Reichert told Fox News Digital. “He made it very clear what his purpose was in his letter. What he wanted to do, according to his description, was to get us into the mind of a serial killer. But we knew, just by the way the letter was written and the words he used, that he was just injecting himself into the situation, trying to find out as much as he could about the case.”

“I think theres a reason he did this,” Reichert continued. “He wanted to be the number one notorious serial killer in the United States. I think he was jealous that the Green River killer was grabbing all the headlines at the time. Ted Bundy was in prison, so he was sort of a forgotten entity.”

The visit proved useful to Reichert, who was desperate to get any information that would further the investigation and finally put the killings to an end. During their discussions, Bundy made a horrifying revelation: the killer may be revisiting his victims corpses and performing sexual acts on them, and Bundy would know. He was a sexual predator who also engaged in necrophilia.

Green River killer investigator Dave Reichert said Ted Bundy (left), who was on death row, wrote a letter to the task force about the case. DNA would later prove Gary Ridgway (right) was the identity of the murderer.

It would not be until 2001, nearly two decades after the first murder, that Reichert announced that Gary Ridgway was arrested in connection with four of the Green River Killers early victims. While Ridgway was a longtime suspect in the murders, the advances in DNA technology proved his role, allowing investigators to link a saliva sample obtained from him in 1987 to semen found on several victims.

“Gary Ridgway was one of the top suspects in the 40,000 tip sheets that we collected over the duration of the investigation,” Reichert explained. “But the reality of finally identifying a person who was responsible for at least four of the murders initially didnt set in until we found more evidence and charged him with three more, a total of seven. Then we knew we had him. The next step was, OK, how do we make sure we convict this monster?”

Dave Reichert was determined to catch the Green River killer no matter how long it took.

Ridgway, a longtime painter at a truck company, terrorized the Seattle area in the 1980s. From 1982 until 1984, he preyed on young women in vulnerable positions, including sex workers and runaways. He sometimes showed them photos of his young son to gain their trust. He had been a suspect since 1984.

For decades, Reichert was haunted by the case. At one point, the case went so cold that the Green River task force was disbanded. Even as Reichert was promoted to sergeant, he continued to follow leads. He reassembled the task force in 1997 after he was elected sheriff. Over the years, Reichert met the families of Ridgways victims, assuring them that his search would not stop until justice was served.

“One of the hardest things about this case was going to bed each night, wondering if another body would be found, someone else would be killed,” Reichert admitted. “Over the years, our concerns and our worries were reality. Even as I talk to detectives today, theres always that thought of, could we have done anything different to solve this case sooner, to prevent loss of life in the 80s? But people need to remember when we started this case, we had no computers. There was no such thing as DNA. Everything was on hard copy with carbon paper duplicates. We had 10,000 items of evidence.”

IDAHO WOMAN RECALLS ESCAPING SERIAL KILLER JOSEPH DUNCAN IN DOC: HOW LONG AM I GOING TO BE ALIVE?

In this undated King County Prosecutor’s Office handout photo, Green River killer Gary Leon Ridgway is seen as he takes investigators to one of the sights where he said he allegedly buried one of his victims. On November 5, 2003, in Seattle, Washington, Ridgway plead guilty to 48 murders dating back more than 20 years. In 2011, Ridgway pled guilty to the 1982 murder of his 49th victim, 20-year-old Rebecca Marrero.

“I think we put forth the best effort that any group could have ever put forth,” he continued. “We eventually solved this case and those 10,000 items, we were able to find them all in the property room and prepare them for trial There was an outpouring of relief, not just among the detectives, but across the northwest. If we had DNA back in 1982 we could have matched them to Ridgways DNA sample from his initial jail booking. And we would have solved this case in less than two weeks. We would have had six bodies versus 65 or 70.”

In his confession, Ridgway said he killed because he hated prostitutes and didnt want to pay them for sex. Ridgway also said he killed so many women, he had a hard time keeping them straight. He pleaded guilty in a deal to avoid the death penalty after agreeing to help investigators find additional remains.

“Ridgway knew the life of the street,” said Reichert. “He knew how to move in and out and was sort of an invisible figure. People didnt see him as a threat. I like to describe him as a little rat who kept moving along inside our community. Nobody seemed to spot him or see any danger connected to him at all When we asked him why he did this, his only answer was because he could.”

Merti Winstons holds a photo of her daughter Tracy Winston as she speaks at the sentencing of Gary Ridgway in King County Washington Superior Court December 18, 2003, in Seattle, Washington.

Ridgway claimed to have killed dozens more women than he was charged with – so many more he lost count. Reichert believes him.

SON OF POLYGAMOUS CULT LEADER WARREN JEFFS SPEAKS OUT IN DOC: WE WERE BRAINWASHED

“Of course, he confessed and pled guilty to 49,” said Reichert. “We know there are other undiscovered bodies scattered throughout the country and throughout the state, probably some in Oregon, which will be found at a later date. But it will be very difficult to tie those victims to Ridgway. So yes, there are other victims still out there.”

Ridgway, now 73, is spending the rest of his life at the Washington Penitentiary. Even now, Reichert becomes visibly emotional when talking about the victims. Their names and he knows them all cannot be forgotten. Their ages range from 15 to 38, with many of them being teens.

“Those memories of finding the victims that will never be erased,” said Reichert. “Its the combination of the sites, the loss of life, how young these victims were, communicating and eventually being part of their families. These were human beings. They were somebodys daughter, somebodys sister, somebodys granddaughter, a friend. They had a right to live and a right to life. And yet this monster ripped that all away. But we werent going to stop. We never gave up on them. We put our heart and soul into this case. We were going to find this killer and put him away for good.” Unleash your inner ninja with this limited-edition Naruto gaming...

Scotland’s ‘green’ ferry to run on diesel for nine...

Klarna to Raise Fresh Cash at Slashed $6.5B Valuation

Family of N.Y. woman who disappeared after New Year’s...

Midwives Are an Overlooked Climate Solution

Sanders pushes back on ‘Republicans squawking’ over Biden’s student...

The ‘Big Short’ Michael Burry now only owns this...

US basketball star Griner due in Russian court

Man in court accused of murder and attacks around...

Venmo update helps you spread the holiday cheer via...

Russia says it will withdraw from the International Space...

Hong Kong’s global wealth hub status may be at...

Biden calls for assault weapons ban, but it lacks...

Days lost to strikes hit highest in over a...

The Morning After: Samsung’s next Galaxy flagship is coming...

Black women say they are invisible in abortion rights...

The rail strike that could cripple the U.S. economy...

Pandemic pushes Spanish workers out of the shadows –...

‘A Murder in My Hometown Has Haunted Me Since...

German envoy says EU rights must be defended at...

Trump Doubles Down on Defending Meeting With Kanye, Nick...

Morocco into last eight after shootout win over Spain

Covid in Wales: Nightclubs to reopen as Omicron rules...

I just took a magic carpet ride in this...

Why a growing number of Asian Americans are staking...

Gingrich on ‘Fox & Friends’: Biden’s ‘censorship’ board would...

Protein for muscle mass: What is the optimal intake?

Firefighters in Spain battle wildfires across the country