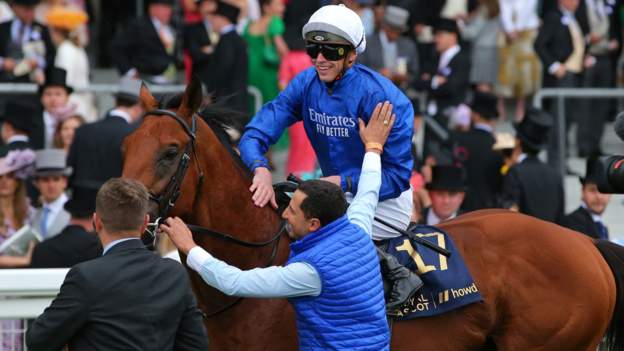 The pair were followed across the line by America’s Campanelle and Austraila’s Artorius in a dead-heat.

“It was a lovely surprise. I would be lying if I said I expected him to win today,” Doyle told ITV Racing.

Opinion | ‘I Applied for Asylum Within American Pop...

Will Witty: Exeter Chiefs grant release for lock to...

10 contenders vying to succeed Johnson as next UK...

Man charged over heckling of Prince Andrew as he...

How the Ukraine war revealed Europe’s selective empathy on...

Alaska prepares for powerful storm said to be strongest...

Man convicted in 2008 murders of his daughters sentenced...

Man arrested after ‘disturbance’ as line to see queen...

UK to announce next prime minister after Boris Johnson’s...

At least 75 people have been killed during Iran...

New York woman gets prison term for altercation aboard...

Ryanair Crew May Strike in Summer as Pay Talks...

At least two dead in shootings at California 7-Eleven...

It’s sweltering. Asians from places where extreme heat is...

Jobless claims tick up to 207K for final week...