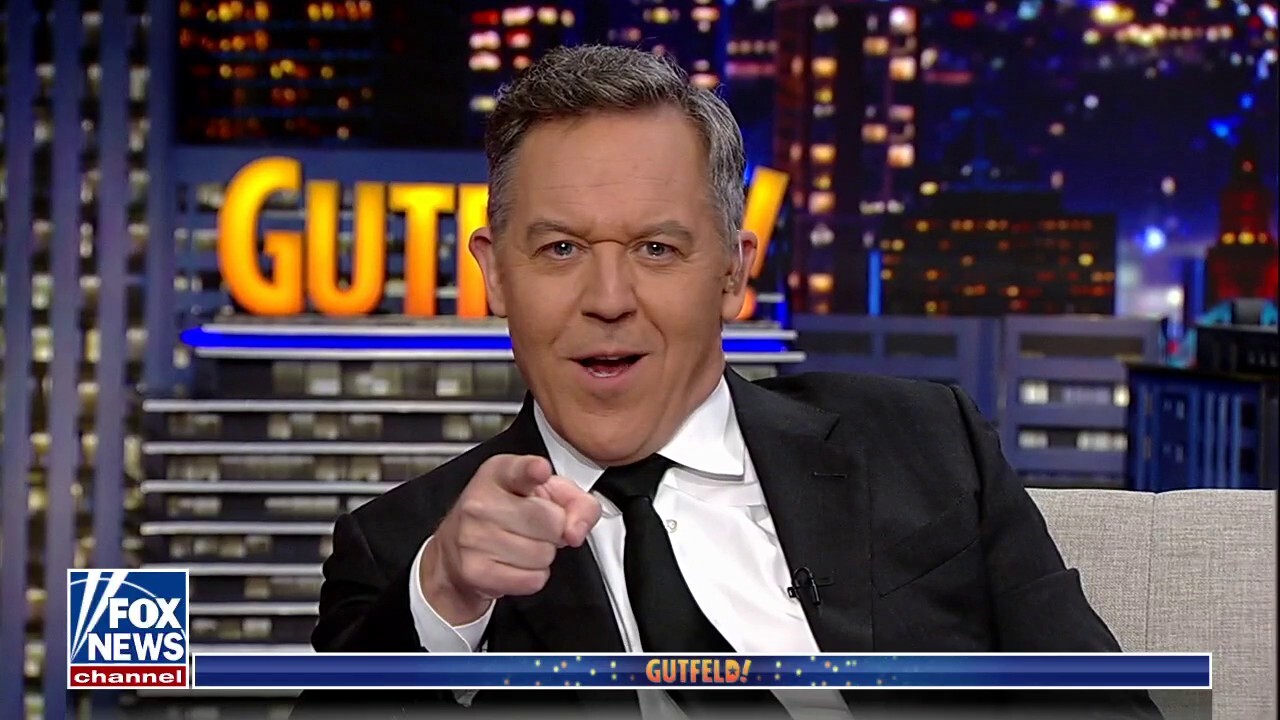 So big news. A Republican has flipped a House seat in the deep blue South Texas. That’s scary to Dems who thought the only seat flipping would be in a gender-neutral bathroom.

Is this an indicator of a coming red wave? Maybe. And it’s got nothing to do with a tampon shortage. It’s absolutely terrible. I don’t stand for that kind of humor. But let’s ask the folks at “The View,” which no one has ever said in the history of the universe, is there a red wave coming?

THE VIEW HOST: The red wave is coming. Republicans are going to win the midterms short of something unforeseen that I cannot predict now.

You know what I love about “The View?” It reminds people every day not to eat lead paint chips. But you got to remember, Joy Behar thought that her going on a sex strike would make men change their minds. And they did to vote Republican.

GREG GUTFELD: WHY IS EVERYTHING SO BAD RIGHT NOW?

Look at Republican Mayra Flores. She won that seat in South Texas, the first win there in 150 years. That’s a long time. Thats like two Julie Banderas, or a half a Joe Biden. She flipped an 84% Hispanic district red. And I bet it’s because the liberal policies from Washington are tearing our community apart.

MAYRA FLORES CAMPAIGN ADVERTISEMENT: Liberal policies from Washington are tearing our community apart. As a wife of a Border Patrol agent, I pray for his safety now more than ever. We must secure our borders and keep our families safe.

Well, she’s not only smart, but attractive. Who does she remind me of in that regard? Flores seat was previously held by a Democrat who stepped down to become a lobbyist after realizing he’d lose in a red wave. So he took the easy way out, like when I hide behind Tyrus to avoid Kilmeade in the hallway.

And she’s now the first congresswoman ever to be born in Mexico. So, I’m sure AOC must find this historic first pretty empowering.

And then you hear that Elon Musk voted for Flores, which prompted Democrat Congressman Jamaal Bowman to accuse Musk of supporting white supremacy. Yeah, that’s logic. Vote for a woman of color who’s born in Mexico. And that makes you racist. Jamal got any dumber you know, he could be on “The View.”

Flores earned an endorsement from Governor Greg Abbott. And guess who’s trailing him in the governor’s race by 20 frickin points? Yes. Go to your screen. Go to your screen right now and scratch. Scratch. What does that smell like to you, viewers? Loser. We would have accepted Ax body spray. This guy couldn’t win a coin toss if he got to call both sides.

Meanwhile, Biden’s approval rating with Hispanic and Latino voters sits in the mid-twenties. That’s the worst of any ethnic group. Geraldos mustache is more popular. And for good reason. Joe’s embracing of hard left policies has abandoned decent people of every pigment in every race. They said he was a uniter, and now people of all races think that captain poo, poo pants sucks and it undermines everything racist Dems have been saying for years about changing demographics. They thought Mexicans would be dupes for their hard left tripe. How bigoted is that?

RACHEL MADDOW:A lot of other states are heading toward increasing diversification, toward demographic changes that mean a less red state future for them.

CNN GUEST:The Texans have had on this sort of long-term project of trying to take some red states across the Sunbelt and flip them blue as demographic changes are taking place there.

Wow it’s almost like they are, dare I say it, white supremacists in their thinking. The assumption that every brown person will fall in line and vote for crap if they were bribed with free stuff. Dems are like saying, you know, sure they’re pro-life and religious, but give them free dental and we’ll own their asses. But they forgot that Hispanics aren’t as progressive as the white liberal assumes. It’s why you only hear clueless whites using the phrase Latinx.

PRESIDENT BIDEN: It’s awful hard as well to get Latinx vaccinated as well. Why? They’re worried that they’ll be vaccinated and deported.

All right, Gramps. Fact is you don’t have to do much. He really is a godsend.

Fact is, Mexicans are just like anybody else. They don’t want to be victims of crime. That’s why many left Mexico. They want to afford gas and food and drink water that doesn’t double as a laxative.

But the left wants them to drop 100 grand on an electric car and then eat crickets. Also, unlike the left, they go to church. They believe in God. They’re pro-life. They think family is a good thing. They’re basically Eisenhower Republicans.

But the Republican Party gets this that we’re all united by common sense, a working knowledge of Home Depot, as well as the pleasures of a fine tequila. But the Dems, thanks to their delusional embrace of wokeism, have it backwards. Here’s the left’s hierarchy of needs. Call everyone racists, blame everything on America, oppression , never bathe.

Here’s Joe’s hierarchy of needs. Blame other people for failures, bail out Hunter, watch “Murder, She Wrote,” find ice cream, nap. It’s actually not bad. No wonder the Dems chase a pointless ****. That’s because without structure, work or family, you end up with moronic platitudes. You will own nothing. But so what? You’ll have 64 genders to choose from and the government will mail you a crack pipe. That’s the Hunter plan.

Hell, the last time a Democrat made something, they became a Republican.

So who is Myra Flores? I’m sure by November, she’ll be the new face of white supremacy.

Greg Gutfeld currently serves as host of FOX News Channel’s (FNC) “Gutfeld!” (weekdays 11PM/ET) and co-host of “The Five” (weekdays 5PM/ET). He joined the network in 2007 as a contributor. He is the author of several books. His latest is “The Plus: Self-Help for People Who Hate Self-Help.” Click here for more information on Greg Gutfeld. Sony is bringing 360-degree sound mapping to its latest...

California to end mask mandate for the vaccinated next...

Actors Could Be Signing Away Lucrative Rights to Their...

Seeking product-market fit in a down market? Hire freelancers...

Plotlogic scoops up $18M to put hyperspectral imaging to...

The early bird has landed — buy your in-person...

What we know about the victims of the Texas...

Stripe is playing checkers with Plaid

US midterms: Trump and Biden fire up voters as...

Covid in Wales: PCR tests not required after positive...

Cruise, loaded with another $1.35B from Softbank, opens up...

Get the munchies, pass on the chips – Reuters

Raducanu, hindered by blister, beaten in three sets by...

New Orleans college student dropped off at hospital and...

Can Booster Side Effects Tell You How Immune You...

Probe could shed light on police time lapse in...

Restrictions on outdoor events likely to be lifted

Chicago cancels classes for third day in standoff between...

Bosch CEO warns of disruptions in event of Russian...

China tests 2M people in Beijing for COVID-19 as...