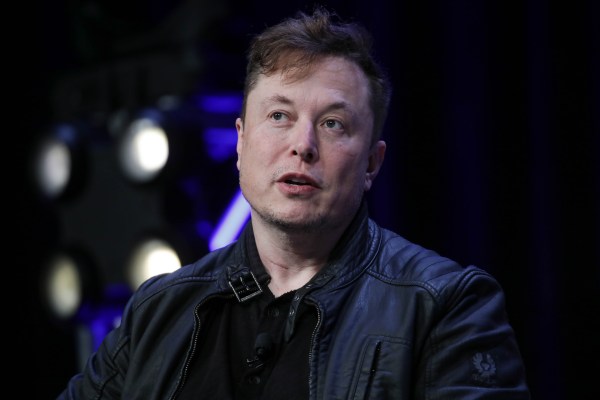 Will the Tesla and SpaceX CEO’s $44 billion offer to buy Twitter actually go through? Your guess is as good as mine — but the market downturn means that his offer is a bit more steep than it was initially, causing him to drag his feet and dwell on the problem of bots. And if the deal goes through, what will his role be? Who knows. But Musk’s Q&A with Twitter employees at least shed a bit of light as to where his head is at.

According to a New York Times liveblog of the 45-minute call, Musk said he isn’t quite sure what his title at the company will be. But he particularly wants to be involved in product and expects the team to listen to his input on new features. He also added that he’s very involved at Tesla, and he would adopt a similar leadership style at Twitter.

As layoffs sweep the tech industry, some Twitter employees asked about how Musk’s potential acquisition might affect their jobs (questions were relayed through Leslie Berland, Twitter’s chief marketing officer).

Again, Musk was vague in his response.

“Right now, costs exceed revenue. Thats not a great situation,” he said regarding potential layoffs. Musk has also warned employees about job cuts at Tesla, where he plans to reduce headcount by 10%.

Right now, about a quarter of Twitter’s employees work from home. But earlier this month, Musk sent Tesla employees an email with the subject line “To be super clear,” stating that all employees need to spend a minimum of 40 hours in the office each week.

“Moreover, the office must be where your actual colleagues are located, not some remote pseudo office,” he wrote.

Musk told Twitter employees that it is “much better if you are on location physically,” but that exceptional employees might be able to work remotely. This is because the business of running a social media platform is far different from building cars or rockets, which Musk believes is “impossible to do remotely.”

“The more senior you are, the more visible must be your presence,” he wrote in his message to Tesla employees. He claimed that Tesla would have gone bankrupt had he not spent time in the factories, where “those on the line could see [him] working alongside them.”

As expected, Musk wants to make Twitter a private company once the deal closes, saying that the platform can be more productive without having to appease activist shareholders.

Yet the acquisition itself is still up in the air — Musk has claimed that the deal is “on hold” until Twitter can prove that its claims about the number of bots on the platform are legitimate, and Twitter handed over its “firehose” of data. So if he does want to get out of the deal, it won’t be easy.

This week’s best PC games you may have missed

Selina raises $150M to dish out flexible loans that...

In Russia’s Ukraine plans, how much does the mud...

Fed minutes could reveal inclinations on size of next...

Piastri will get practice slot with Alpine after August...

Did USMNT’s Tyler Adams and Weston McKennie deliver a...

With Manchester United fans in uproar (again) over American...

Author Salman Rushdie has lost sight in one eye...

Dr. Oz Slammed by John Fetterman Over Mansion as...

Best Buy’s outlook on sales improves ahead of the...

Musk, Twitter Bots, and the Future of Air Mobility...

Batman scene funeral for Only Fools and Horses fan...

Norway shaken by attack that kills 2 during Pride...

Will King Charles replace the Queen on money and...

Is Russia a State Sponsor of Terror?

Russians avoiding the draft are flying to the Mediterranean

Performers cancel shows in Russia amid its invasion of...

Democrats plan to go on offense after abortion-rights-fueled wins

Lenovo made a $329 Snapdragon-powered Windows 11 tablet for...

Amended autopsy of Black man who died after 2019...

Inflation in Turkey surges to 83%

Three reasons the Houston Astros are dominating the AL...

Barclays CEO to Stay ‘Engaged’ With Bank After Cancer...

‘Winning Time’ Is About So Much More Than Basketball,...

As an adoptive mother, I know adoption doesn’t fix...

JPMorgan’s China Fund Ramps Up Bets on Tech as...

Greta Thunberg joining activists’ fight to save village from...

Why Biden is going easy on Russia’s energy industry